Warren & Castro Ticket In 2020? A Deal Could Be In The Works 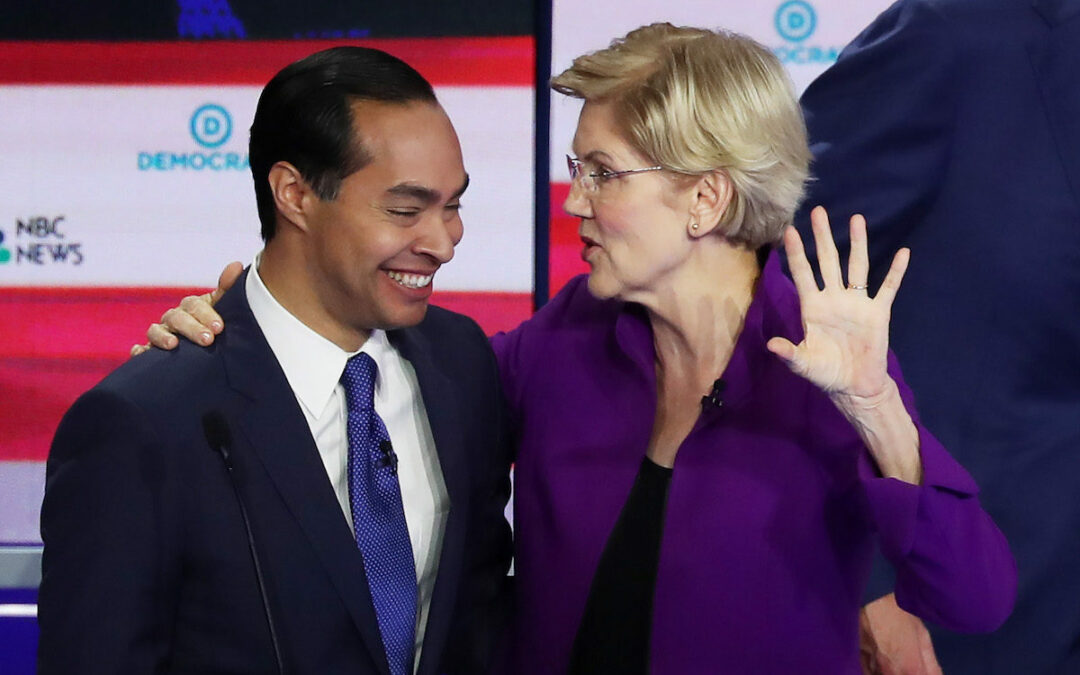 Julián Castro today threw his backing behind Sen. Elizabeth Warren for president, only days after suspending his own bid for the White House.

“There’s one candidate I see who’s unafraid to fight like hell to make sure America’s promise will be there for everyone, who will make sure that no matter where you live in America or where your family came from in the world, you have a path to opportunity, too,” Castro says in a video announcing his endorsement.

The video, posted on Twitter, shows the Obama-era Housing and Urban Development secretary and former San Antonio mayor apparently meeting with Warren in her home, telling the Massachusetts senator that he sees the same vision in her campaign as he did in his own, which sought to push the crowded Democratic primary field left on a number of issues.

The video also emphasizes the influence “strong women” have had in his life.

Elizabeth and I share a vision of America where everyone counts. An America where people⁠—not the wealthy or well-connected⁠—are put first. I’m proud to join her in the fight for big, structural change. pic.twitter.com/xDvMEKqpF3

Castro ended his campaign last week after not making the last two primary debates and failing to gain traction in the polls.

And his quick endorsement comes at a crucial time for Warren, as the senator enters the home stretch before the Iowa caucuses at a diminished position following a recent surge by former South Bend Mayor Pete Buttigieg and steady strength from former Vice President Joe Biden and Sen. Bernie Sanders (I-Vt.).

“Thank you, @JulianCastro! You’ve been a powerful voice for bold, progressive change and I’m honored to have your support. Together, we’ll fight to make sure every single family in America has a path to opportunity,” Warren responded to Castro in a tweet.

In Castro’s endorsement video, the two speak over a cup of coffee in Warren’s kitchen as he praises the lawmaker, telling her that “nobody is working harder than you are” and that she is listening to voters while also “bringing the goods” to address their concerns.

Castro is only the second major ex-2020 candidate to endorse a former rival after Rep. Tim Ryan decided to back frontrunner Biden last year.

But Castro, who was vetted as a potential vice presidential pick by Hillary Clinton’s campaign in 2016 — as was Warren — has been running much further to the left than the relatively moderate Biden.

The two have previously shown affection for one another in the 2020 race, which makes his endorsement not too much of a surprise.

And it has already set off early speculation about the potential for a Warren-Castro ticket.

But in the meantime, his availability as a surrogate for the campaign will also be key for Warren.

The senator is projected to be tied up in Washington with the impeachment trial of President Donald Trump — and therefore off the campaign trail — in the critical final weeks before the Iowa caucuses.

Castro is set to make his first appearance with Warren tomorrow as she campaigns in Brooklyn, New York.