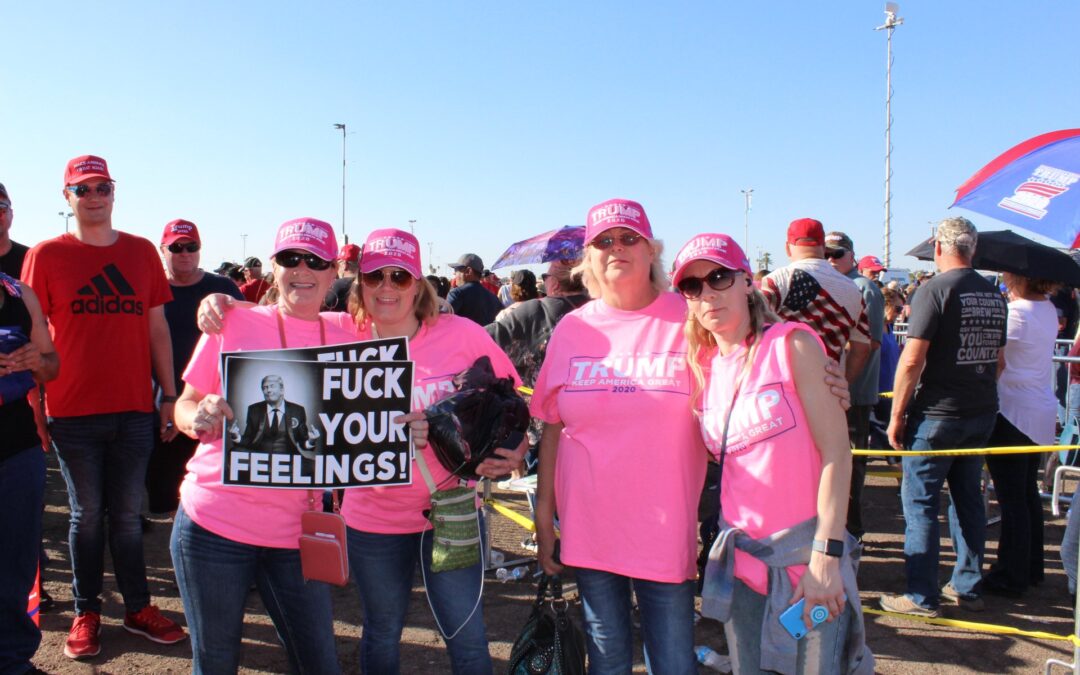 President Trump took shots at members of the Democratic presidential field as he rallied supporters during a campaign stop in Phoenix tonight, an appearance that coincided with the ninth Democratic debate.

Trump claimed that former New York City Mayor Michael Bloomberg was getting “pounded” by the other candidates in the debate, poking fun at his height.

“Now they have a new member of the crew, mini Mike,” Trump told the crowd of supporters. “We call him ‘no boxes.’”

“I hear he’s getting pounded tonight,” Trump continued. “I hear they’re pounding him.”

“The DNC is going to take it away from Bernie again. And that’s OK, because we don’t care who the hell it is, we’re going to win,” Trump said. “We have to.”

Trump sought to contrast himself with the Democratic field during the rally, decrying his prospective opponents collectively as “radical socialist Democrats” and predicting he would win the state of Arizona “in a landslide” come November.

Trump also criticized House Democrats over his impeachment, decrying it as a “hoax” and an attempt to “nullify your ballots.”

At one point, the president labeled House Speaker Nancy Pelosi (D-Calif.) a “wacko.”

Trump voiced his support for Sen. Martha McSally (R-Ariz.), who is facing a reelection battle against Democrat Mark Kelly this year, and invited her onstage to make brief remarks.

McSally is now trailing Democrat Mark Kelly by nearly 7%, according to a new Arizona poll released today by HighGround.

Trump called McSally to the stage, saying she was working with him to strengthen the military and lower prescription drug prices, a line he used often at rallies in 2018.

“We are making a lot of progress,” Trump said.

Trump said that he supports McSally this year, even though she did not endorse him for president in 2016.

“Martha has my complete and total support and endorsement,” he said.

He called McSally “tough as hell” before asking her to speak.

Taking the microphone, McSally said she had a message for the “liberal hack media” in the back of the room.

“Arizona is going to vote in November to keep America great and send President Trump back to the White House,” she said.

McSally said Arizona is “on fire” thanks to the leadership of Gov. Doug Ducey and other lawmakers.

“I’m flying on your wing, President Trump, and we are going to win in November,” she said.

“This one is tough as hell, and that’s what we need,” Trump said of McSally.

Trump’s Phoenix stop marks the first of three campaign rallies he will headline over the next three days as part of a broader trip west that includes both official and political business.

Arizona, which Trump won by a few percentage points in 2016, has emerged as a battleground state in the 2020 election.