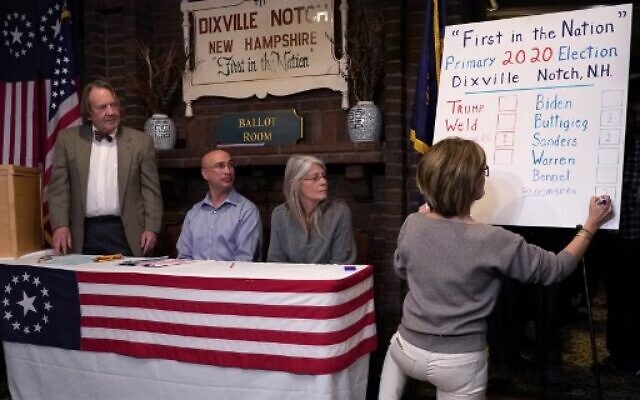 Mike Bloomberg was a surprise winner in a New Hampshire political ritual early this morning, taking 50 percent of the Democratic votes in Dixville Notch … out of 4 votes cast.

The tiny town is traditionally one of the first to vote shortly after midnight in primaries and general elections, under a provision of New Hampshire law that lets some towns close their polls once everyone has voted.

Bloomberg, who is not competing in the early-voting states, was not on the ballot, but won two write-in votes on the Democratic side in Dixville.

Pete Buttigieg and Bernie Sanders received one vote each.

The small community, located near the Canadian border, had been in the spotlight for nearly 60 years for casting votes just after midnight in the country’s first presidential primary and in November general elections after latex balloon inventor Neil Tillotson bought the Balsams resort and arranged for the early voting at the hotel.

The resort closed in 2011, but voting continued in a ski lodge or at a former culinary school nearby.

“This is the First time I’ve ever picked up a Democrat ballot,” said Tillotson’s son Neil, who is the town moderator. ”I looked through the field of Democrat candidates and looked for someone that I could connect with on policies and could get things done. I believe Mike Bloomberg can win the presidency in November and get things done in a way I feel good about,” Neil Tillotson said.

For years, Dixville Notch attracted many political candidates and a lot of media.

It’s believed to have reached its peak voting population in 1988.

In the general election that year, 34 residents voted for Republican George H.W. Bush, and three voted for Democrat Michael Dukakis.

This time around, only Colorado Sen. Michael Bennet visited Dixville Notch prior to the vote.