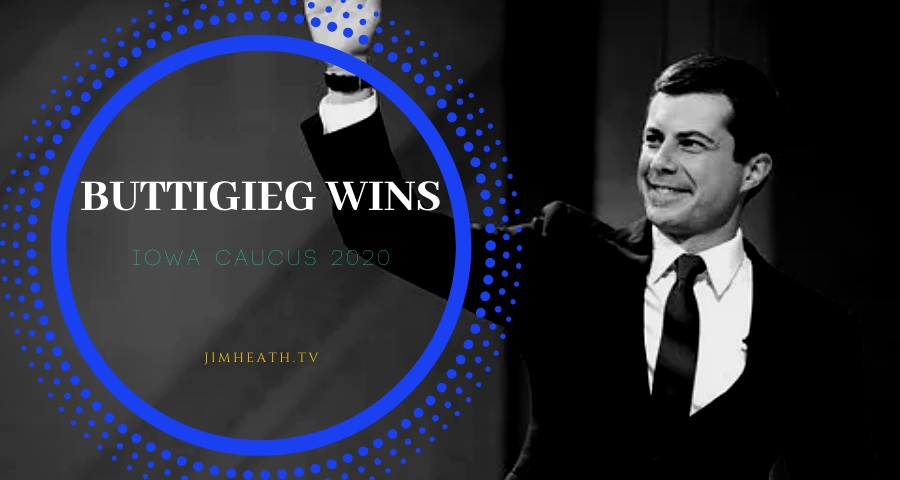 Pete Buttigieg took a narrow early lead over Bernie Sanders in the first wave of partial results from the Iowa caucuses today, as the state party released results from 62 percent of precincts.

The partial results showed Buttigieg with 26.9 percent of the state’s delegate equivalents, Sanders with 25.1 percent, Elizabeth Warren with 18.3 percent, and Joe  Biden Jr. with 15.6 percent.

Amy Klobuchar had 12.6 percent of the delegate equivalents followed by Andrew Yang at 1.1 percent and Tom Steyer with 0.3 percent.

The 62 percent of precincts counted so far are relatively representative of the state, but the margin between Buttigieg and Sanders is unusually slim.

The candidates spent the day campaigning in New Hampshire, which holds the next nominating contest, on Feb. 11.

After the partial Iowa results were announced, Buttigieg was met by a crowd in Laconia, N.H., cheering, “President Pete, President Pete!”

Democratic Party leaders have denied that the faulty Iowa caucus app was hacked and stated that paper records were also collected from each precinct.

The creator of that app has said that the integrity of the data was not affected by technical issues.

But as the Iowa Democratic Party released partial results from Monday’s caucuses on Tuesday, they were corroded by a cloud of conspiracy theories, many perpetuated by prominent Republicans.

President Trump’s campaign manager and two of his sons used the word “rigged.”

Democratic officials in Nevada tried to assuage fears that their Feb. 22 caucuses would be a repeat of the Iowa meltdown.

Officials said that they would not use the same app or vendor used in Iowa, despite previous plans to do so.

William McCurdy, the state party chairman said, Nevada Democrats “can confidently say that what happened in the Iowa caucus last night will not happen in Nevada.”

“We had already developed a series of backups and redundant reporting systems, and are currently evaluating the best path forward.”