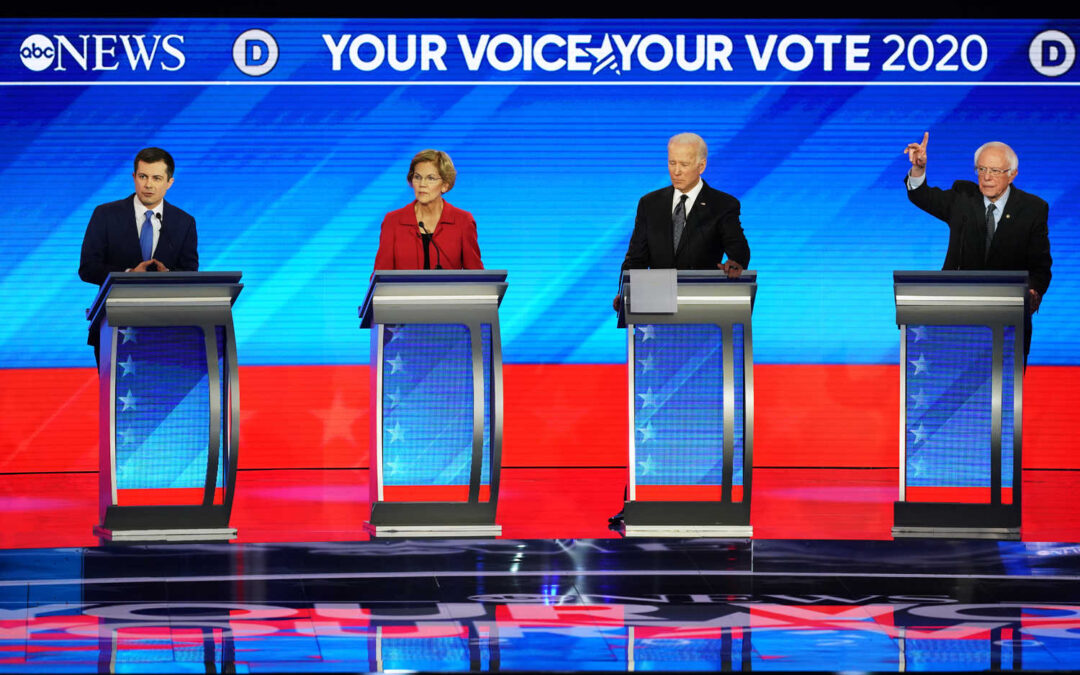 The Democratic candidates came out hot tonight in New Hampshire, going after each other on issues of race, experience, health care and campaign fundraising.

Amy Klobuchar was one of main aggressors throughout the night, while the billionaire Tom Steyer also sought to score points on issues like race and climate change, as he polls well in South Carolina.

Joe Biden, still reeling from a disappointing finish in Iowa, struggled to find his footing at times, and even went so far as to acknowledge he doesn’t expect a strong finish in New Hampshire.

The core issue at the debate was electability.

Polls show that the ability to defeat Trump is the No. 1 issue on the minds of New Hampshire voters, and both Buttigieg and Bernie Sanders are facing questions about how they would fare one-on-one against Trump.

Many mainstream Democrats believe that Sanders’s embrace of socialism will be ballot box poison for the party in November.

“That’s the label the president will put on him,” Biden warned.

The argument against Buttigieg has been that the 38-year-old mayor of a midsized Midwest town is too inexperienced to become commander-in-chief.

Businessman Tom Steyer, who was sounding the alarm all night about Trump’s electoral strength in November, warned that Buttigieg was not ready to take the debate stage against Trump.

“You have to have experience to take him down, that’s why I’m worried about Mayor Pete,” Steyer said. “You have to go toe-to-toe with him or we’ll lose.”

Sanders was on message as usual, pointing to the surging youth turnout at the Iowa caucuses and arguing that his base of supporters are working class, young and energized — the kinds of people the Democratic Party must bring into the fold to compete with Trump.

“I believe that the way we beat Trump is by having the largest voter turnout in the history of this country,” Sanders said. “It’s appealing to working class people who have given up on the political process because they don’t believe anyone is hearing their pain.”

Buttigieg was ready for the attacks and went on the offensive, making the case that the best challenger to put up against Trump is someone who intimately understands working class voters in the American heartland.

He also made the case for generational change, saying that it’s time to “turn the page” on old Washington ways — a direct shot at Biden, whom he’s battling to be the party’s centrist standard bearer.

Buttigieg skillfully parried attacks against him for most of the night but he did not escape completely unscathed.

The ABC moderators challenged him on his record on race in South Bend, where he’s been accused of promoting policies that have been harmful to people of color.

Buttigieg has struggled to attract support from black people, even as he’s succeeded in the predominantly white states of Iowa and New Hampshire.

After Buttigieg defended his record on race, the moderator turned to Sen. Elizabeth Warren (D-Mass.) and asked if his answer was sufficient.

“No,” Warren said, in one of the debate’s most striking moments.

Buttigieg also played offense, taking aim at Sanders, whom he described as unbending in his commitment to extreme policies.

The former South Bend mayor said that nominating a staunch ideologue would not draw new people to the ballot box, potentially paving the way for Trump’s reelection.

When asked if he was referring to Sanders, Buttigieg responded, “Yes.”

“There are millions of people who can desire to run for office, but I guess if you’re worth $60 billion and can spend millions of dollars on commercials you have a slight advantage. That is nonsense,” Sanders said of Bloomberg.

Still, the night was largely defined by its cordiality, especially considering the high stakes and crowded field of contenders.

Sanders said it was time to move on from the 2016 primary and bitter feelings between himself and eventual Democratic nominee Hillary Clinton.

Sen. Amy Klobuchar (D-Minn.) talked about the times Sanders had bipartisan success in the Senate.

Sanders and Biden put their arms around one another at one point, smiling into the crowd.

“Everybody up here, by the way, is united, no matter who wins this damn thing, we’re all going to stand together to defeat Donald Trump,” Sanders said.