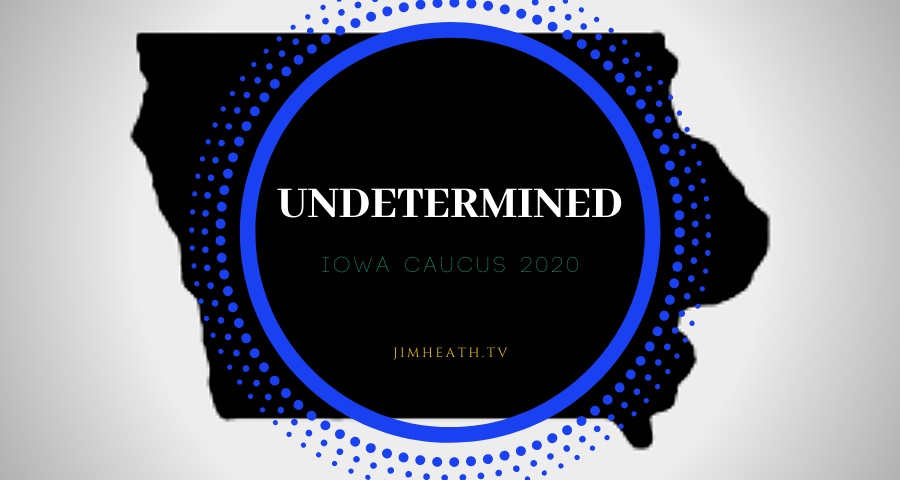 The real winner of the Democratic Iowa Caucus may be former New York City mayor Michael Bloomberg who chose to skip the convoluted contest altogether.

Officials with the Iowa Democratic Party said that caucus results had been delayed because of efforts to do “quality control” before data was made public.

The lack of results led to widespread confusion tonight, as representatives from the campaigns were summoned to a meeting with the Iowa Democratic Party.

“The integrity of the results is paramount,” said Mandy McClure, communications director of the Iowa Democratic Party. “We have experienced a delay in the results due to quality checks and the fact that the IDP is reporting out three data sets for the first time. What we know right now is that around 25 percent of precincts have reported, and early data indicates turnout is on pace for 2016.”

Many precinct chairs across the state abandoned the new app that was built to help tabulate and report results as users struggled to log in.

They opted instead to use the telephone hotline to report, which can also slow down the reporting of results.

In the hours before the caucuses began, officials at the Iowa Democratic Party received multiple calls from precinct chairs around the state reporting problems with the app.

The state party dismissed the calls as related to user-error problems but they fueled speculation about hacking and other security issues.

Already, a number of prominent Democrats have questioned the role of Iowa casting the first ballots in the primary process, criticizing the largely white, older state as unrepresentative of the diversity of their party.

Technical issues, happening in the midst of such a highly-watched primary, could contribute to doubts about Iowa’s standing in the primary process.

Democrats were competing for Iowa’s 41 delegates, a small fraction of the number needed to be the nominee.

Next up will be the New Hampshire and South Carolina primaries, and the Nevada caucus amounting to 151 total delegates of the 1,681 needed to nominate.

And then there’s Bloomberg, the New York City billionaire spending billions of dollars in Super Tuesday states, which happens one month from today.

On Super Tuesday, over 1,350 delegates will be up for grabs.

In theory, Bloomberg may win a big chunk of delegates in states like Florida, Texas and California making him a major player coming down the wire.