Ethan Zohn Says After 2 Cancer Surgeries, This Is FINAL Appearance On Survivor 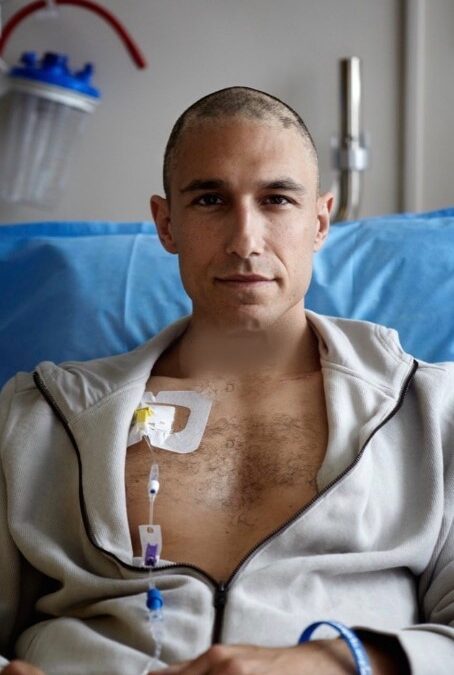 Ethan Zohn is the true definition of a survivor.

The former soccer player was the third winner of Survivorafter appearing on the CBS reality competition’s Africa installment in 2001.

He returned to the game three years later for 2004’s Survivor: All-Stars, and is once again back on our TV screens with the show’s milestone 40th season, Winners at War.

But over 15 years away from the game takes a toll on a Survivor player — especially one who has battled cancer.

“Building yourself back after cancer is a difficult process,” said Zohn.

He was diagnosed with a rare type of cancer called CD20-positive Hodgkin’s lymphoma in April 2009, and was declared cancer-free a year later, after several months of treatments.

Then, after nearly 20 months of remission, cancer returned in his chest.

Zohn revealed in 2013 that he was officially cancer-free, but beating the disease twice has taken a toll on his body. “It’s just a lot on you as a human being,” he explains.

After passing up the opportunity to compete again in 2016 (the filming schedule conflicted with his wedding to Lisa Heywood), Zohn couldn’t have been more excited about joining Winners at War.

And, as of last week’s episode, he seems to be ruling the game on the Sele Tribe with Boston Rob Mariano and Parvati Shallow.

But when asked if he would ever return after this season, he made it clear the answer is “no.”

As for clues about how well he did this season, he answered: “I think the game is an incredible, awesome, wonderful game and I’m incredibly happy with what happened.”

Each of the returning castaways have won at least one previous season, with Sandra Diaz-Twine being the only two-time champ in the show’s history.

For the special all-winners season, the grand prize was doubled from $1 million to $2 million, making it the largest amount for a U.S. reality series since The X Factor.