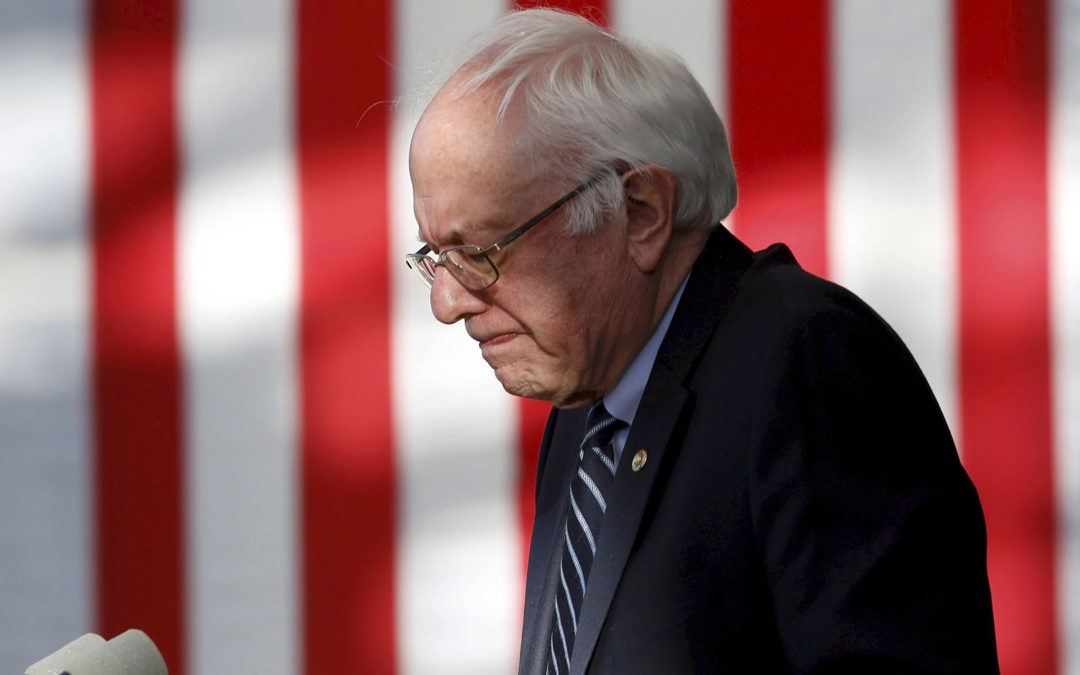 U.S. officials have told Sen. Bernie Sanders that Russia is attempting to help his presidential campaign as part of an effort to interfere with the Democratic contest.

President Trump and lawmakers on Capitol Hill have also been informed about the Russian assistance to the Vermont senator, according to people familiar with the matter, who spoke on the condition of anonymity to discuss sensitive intelligence.

It is not clear what form that Russian assistance has taken.

U.S. prosecutors found a Russian effort in 2016 to use social media to boost Sanders’s campaign against Hillary Clinton, part of a broader effort to hurt Clinton, sow dissension in the American electorate and ultimately help elect Donald Trump.

“I don’t care, frankly, who Putin wants to be president,” Sanders said in a statement to The Washington Post. “My message to Putin is clear: Stay out of American elections, and as president I will make sure that you do.

“In 2016, Russia used Internet propaganda to sow division in our country, and my understanding is that they are doing it again in 2020. Some of the ugly stuff on the Internet attributed to our campaign may well not be coming from real supporters.”

Sanders has frequently warned about the threat of foreign interference in U.S. elections and criticized Trump for not doing enough to stop it.

“Let me be clear: We must not live in denial while allowing Russia and other state actors to undermine our democracy or divide us,” the senator in January. “Russia targets the divisions in our society; we will work to heal those divisions.”

Sanders’s opponents have blamed some of his most vocal online supporters for injecting toxic rhetoric into the primaries.

At a Democratic candidates debate Wednesday in Las Vegas, Sanders indirectly blamed Russia, saying it was possible that malign actors were trying to manipulate social media to inflame divisions among Democrats.

“All of us remember 2016, and what we remember is efforts by Russians and others to try to interfere in our elections and divide us up,” Sanders said. “I’m not saying that’s happening, but it would not shock me.”

Also this week, a senior U.S. intelligence official said Russia had “developed a preference” for Trump in the 2020 campaign — an assessment that infuriated the president.

Trump lambasted his acting intelligence director, Joseph Maguire, and DNI staff for sharing that information with lawmakers, believing that Democrats would use it to hurt Trump in the election.

Despite Trump’s skepticism of Russian efforts to damage American democracy, officials in his administration have repeatedly warned that Russia has ongoing plans to interfere in U.S. elections and foster divisions among Americans, part of a strategic goal to undermine U.S. standing in the world.

Some analysts believe the Kremlin’s goal is to cause maximum disruption within the United States and that it throws the support of its hackers and trolls behind candidates based on that goal, not any particular affinity for the people running.

After Sanders’s remarks at the debate, some social media analysts were skeptical of the notion that Russians already were masquerading as the candidate’s supporters.

“We have seen no evidence in open sources during this election cycle that an online community of Sanders supporters, known as Bernie bros, were catalyzed by what Sanders suggested could be ‘Russian interference,’ ” said Graham Brookie, director of the Digital Forensic Research Lab at the Atlantic Council, which tracks disinformation on social media sites. “Any candidate or public official casually introducing the possibility of Russian influence without providing any evidence or context creates a specter of interference that makes responding to real interference harder.”

It now appears, however, that Sanders may have had a reason to suspect Russia was again injecting itself into the U.S. electoral process, repeating some of what occurred in 2016.

In a February 2018 indictment of 13 Russian individuals and three companies that were alleged to have orchestrated the 2016 social media scheme, prosecutors alleged that the group “engaged in operations primarily intended to communicate derogatory information about Hillary Clinton, to denigrate other candidates such as Ted Cruz and Marco Rubio, and to support Bernie Sanders and then-candidate Donald Trump.”

Prosecutors alleged that in February 2016, while Clinton and Sanders were locked in a bitter battle for the Democratic nomination, an internal memo was circulated at the St. Petersburg-based Internet Research Agency, which prosecutors said led the online effort, instructing their paid online trolls to “use any opportunity to criticize Hillary and the rest (except Sanders and Trump—we support them).”

The Internet Research Agency was bankrolled by a Russian oligarch close to President Vladi­mir Putin, according to U.S. officials.