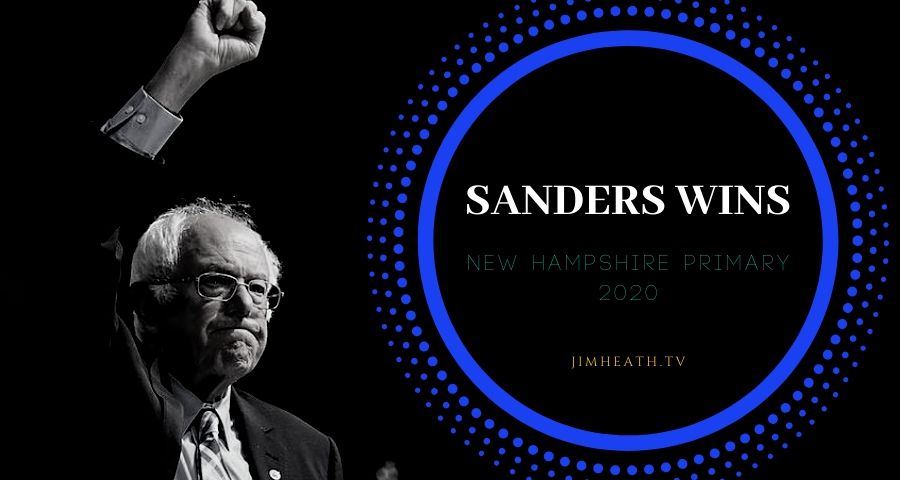 The results from New Hampshire could bring some clarity to a presidential nomination fight that has so far been marred by dysfunction and doubt.

He was fighting for fourth place with Elizabeth Warren, who as a senator from neighboring Massachusetts, had hoped for a much better night.

Political newcomer Andrew Yang, having attracted a small but loyal following over the last year, announced he was quitting the race.

“Tonight is not the outcome we fought so hard to achieve. It is bitterly disappointing for many of us, but it shouldn’t be,” he told supporters in New Hampshire, noting that he outlasted several senators, governors and congressmen.

New Hampshire Democrats headed into Tuesday’s primary with a focus on matters of fairness.

Just over 1 in 10 said they were “very confident” that their party’s process for choosing a presidential nominee was fair, according to a wide-ranging AP VoteCast survey.

At the same time, nearly 8 in 10 also viewed the economy as unfair, although there was little consensus on which candidate would do the best job of stewarding the world’s largest economy.

For Sanders, the New Hampshire primary was an opportunity to build on his dominance of the party’s left flank.

A repeat of his strong showing in Iowa could knock Warren out of the race this week.

While Sanders marches forward, moderates are struggling to unite behind a candidate.

After essentially tying with Sanders for first place in Iowa, Buttigieg began his day as the centrist front-runner.

But Klobuchar was mounting a spirited bid for the same voters.

Having already predicted he would “take a hit” in New Hampshire after a distant fourth-place finish in Iowa, Biden was essentially ceding the state.

He was traveling to South Carolina Tuesday as he bet his candidacy on a strong showing there later this month boosted by support from black voters.

More than a year after Democrats began announcing their presidential candidacies, the party is struggling to coalesce behind a message or a messenger in its desperate quest to defeat Trump.

That raised the stakes of the New Hampshire primary as voters weighed whether candidates were too liberal, too moderate or too inexperienced — vulnerabilities that could play to Trump’s advantage in the fall.

Some candidates sought to undercut the importance of the New Hampshire election, but history suggested otherwise. No Democrat has ever become the party’s presidential nominee without finishing first or second in New Hampshire.

During the final day of campaigning, many voters said they were still struggling to make a choice. Betty-Joy Roy, a 64-year-old director of activities at an assisted living facility in Manchester, said she decided only Monday to vote for Sanders.

“I’m sick of politics as we know it, and I’m ready for someone who can do something,” she said. “It was between him and Biden. I was having a hard time but I think we need a change.”

Trump also attacked Michael Bloomberg, who was showing signs of strength in polling around the country but wasn’t on the New Hampshire ballot.