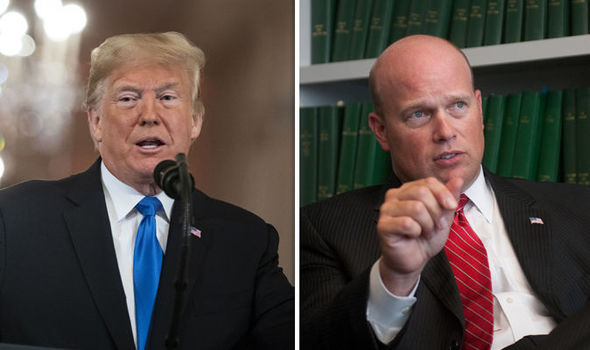 Former acting Attorney General Matthew Whitaker said today that Russia is trying to interfere in the 2020 election and said the government has to take safeguards against the meddling.

“We have to be on guard,” he added. “At the Department of Justice, especially at the FBI, we had a unique view as to how to interrupt their effort. It’s a counterespionage, counterintelligence, all of the kind of things that you do when other countries are trying to interfere in your domestic elections.”

The remarks came after it was reported that the intelligence community’s top election security official briefed lawmakers last week that Russia is believed to be preparing to interfere in the 2020 election to help President Trump win in November.

Democratic front-runner Bernie Sanders was also warned today that Russia is attempting to help his campaign in the primaries.

Russia is known to have employed a web of efforts to interfere in the 2016 election as part of what officials said was an effort to help Trump win that year, including attempting to breach election databases and spreading an avalanche of disinformation across several social media platforms.

President Trump dismissed the recent reports, saying Democrats were responsible for spreading what he called a “misinformation campaign.”

The intelligence community disagrees, with some questioning why Trump continues to believe Russian leader Vladimir Putin over their own reporting.