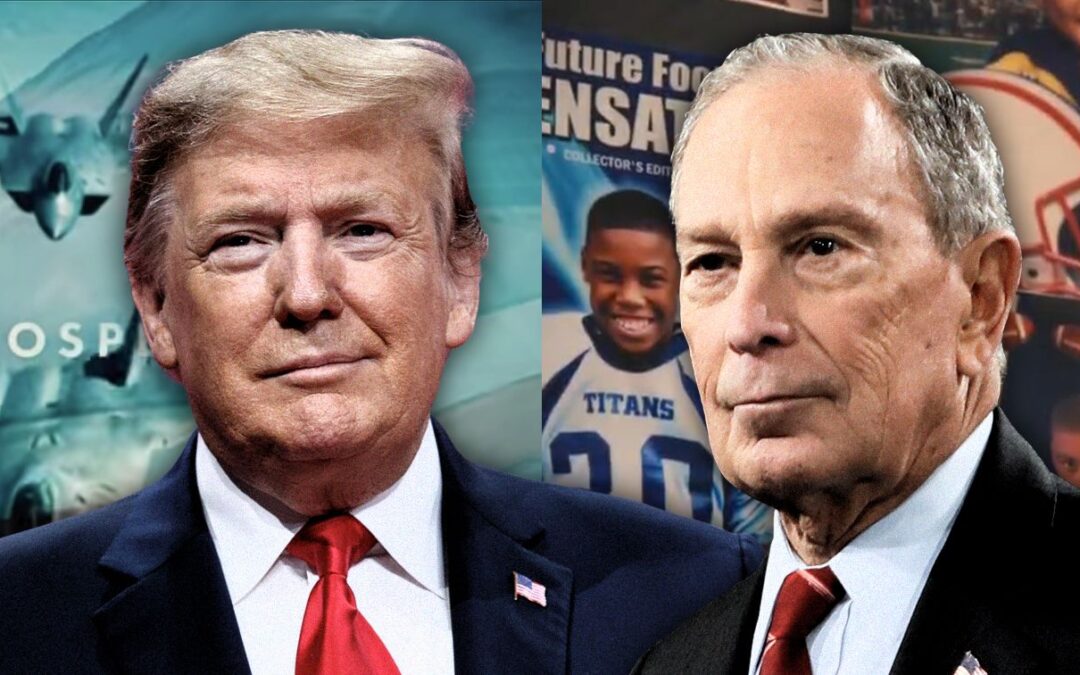 The 30-second advertisement – which aired during the first-quarter – depicted Trump as an advocate of criminal justice reform by relaying the experience of Alice Marie Johnson, a black prisoner he pardoned back in 2018.

The ad was blasted by former South Carolina Rep. Bakari Sellers as an offensive ”I freed a Negro’ ad’, while another took to Twitter to accuse the President of making ‘ a tacky play for the black vote’.

West enlisted the help of a team of lawyers to work on Johnson’s case, which led to an Oval Office meeting with Trump in 2018.

Johnson served 21 years of a life sentence in prison after she was convicted on charges of conspiracy to possess cocaine and attempted possession of cocaine, according to the nonprofit Can-Do.

Trump granted clemency to Johnson a week after West pleaded her case during the 2018 Oval Office meeting.

“Thanks to President Trump, people like Alice are getting a second chance,” Trump’s 2020 reelection campaign commercial reads. “Politicians talk about criminal justice reform. President Trump got it done. Thousands of families are being reunited.”

I promised to restore hope in America. That includes the least among us. Together, let’s KEEP AMERICA GREAT!

Text TRUMP to 88022 if you liked our Super Bowl ad! pic.twitter.com/Lgjt53B7QX

His comments ignited criticism on Twitter, with people pointing out Trump’s dismal record on racial justice and family reunification.

In 2017, the president defended lethal white supremacist violence in Charlottesville, Virginia by noting there were “very fine people on both sides” of the deadly rally.

Last year, Trump doubled down on those remarks, and also praised Confederate leader Robert E. Lee as “one of the great generals.”

Sellers reacted to Trump’s commercial on Twitter, saying, “That ad was offensive AF,” adding, “The “I freed a Negro” ad.”

Meanwhile, U.S. immigration authorities have separated more than 5,400 children from their families at the Mexico border since Trump took office in 2016.

The administration separated 1,090 children even after a federal judge in San Diego ordered that children in government custody be reunited with their parents.

His 60-second ad featured the grieving mother of George Kemp Jr., an aspiring NFL player who was fatally shot in 2013 at 20.

In a pre-game interview aired on Fox News, Trump taunted 5-foot-8 Bloomberg for his height, claiming the former New York mayor wants a box to stand on during a Democratic presidential debate.

Bloomberg’s campaign denies that is the case.

Trump has threatened not to attend any presidential debates this year – box or not.