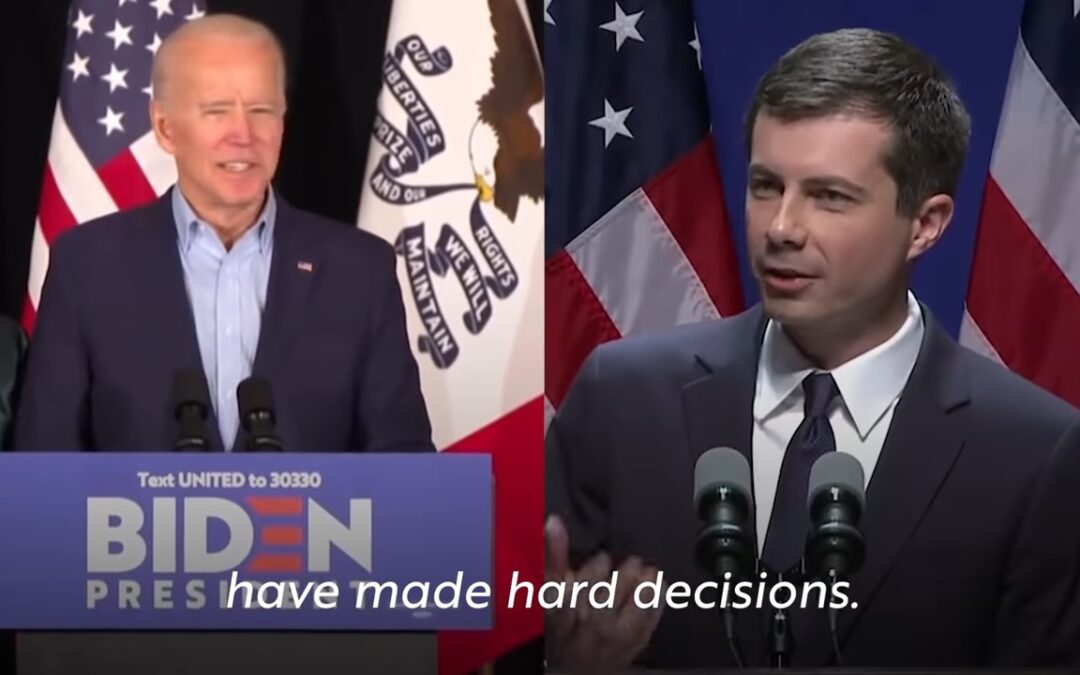 Joe Biden mocks Pete Buttigieg’s experience as a small-city mayor in a new digital ad the former vice president’s campaign is set to use on YouTube and Facebook in New Hampshire ahead of Tuesday’s primary.

The ad marks a sharply negative turn as Buttigieg led and Biden finished fourth in Iowa’s caucuses on Monday. Titled “Pete’s Record” it makes a series of cheeky comparisons between the two candidates — contrasting Biden’s time shepherding major legislation to passage and negotiating international agreements with the smaller challenges facing the mayor of a city of 100,000.

It’s the most direct, negative ad aired to date by any leading Democratic presidential contender against a primary rival. The ad reflects a new sense of urgency in Biden’s campaign to slow Buttigieg’s momentum and cast doubt on his electability and readiness for the presidency.

Biden and his aides have said they expect to lose New Hampshire, too — but his campaign is looking to regain its footing as the race moves to Nevada and South Carolina later this month.

The ad starts with a narrator saying: “When President Obama called on him, Joe Biden helped lead the passage of the Affordable Care Act. And when parkgoers called on Pete Buttigieg, he installed decorative lights under bridges, giving citizens of South Bend colorfully illuminated rivers.”

The comparisons include Biden’s help in negotiating the Iran nuclear deal and his work on the Recovery Act.

“Both Vice President Biden and Mayor Pete have helped shape our economy,” the narrator says facetiously, saying that while Biden helped revitalize the economy by passing the Recovery Act, Buttigieg revitalized South Bend’s economy by laying out “decorative brick” on the sidewalks.

The ad also knocks Buttigieg’s record on race in South Bend, taking direct aim at the former mayor’s biggest weakness in the Democratic presidential race: his lack of support from non-white voters.
It slams Buttigieg for the firing of the African American police chief of South Bend. “And then he forced out the African American fire chief, too,” the narrator ads.

Buttigieg appeared to respond to the ad today at an event in Hanover, New Hampshire.

Without naming Biden, Buttigieg said, “I know some folks are out there saying, ‘What business does a mayor of South Bend have running for the presidency? You don’t have an office in Washington. Your community is a little out of the way.'”

“What I’m saying is that that’s exactly the point,” he continued. “Right now there are so many communities, so many Americans, small and medium-sized cities like mine, and neighborhoods in some of the biggest cities in the country, that feel like Washington can’t even hear us.”

“I’m here to carry those voices to Washington, to bring solutions not from Washington but to our nation’s capital, because I believe that we would be well-served if we could start to get Washington to work a little more like our best-run cities and towns rather than the other way around,” Buttigieg said.