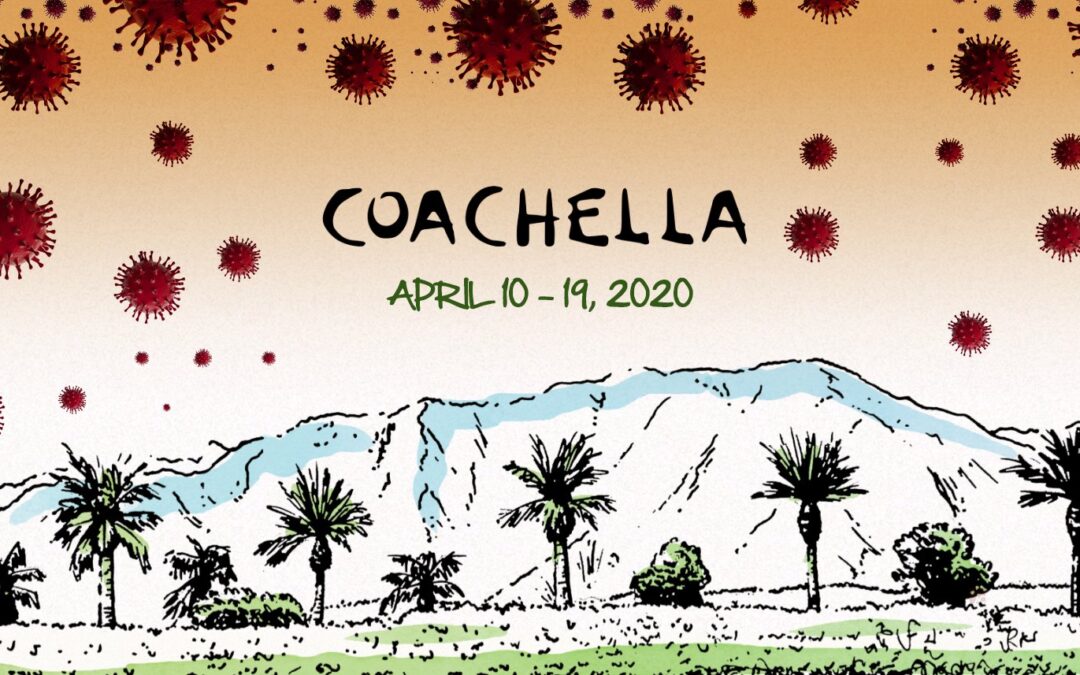 This week’s drumbeat of coronavirus news ended with an especially loud bang: the cancellation of South By Southwest, Austin’s venerable music-and-tech confab.

The plug was pulled on SXSW after the city’s mayor declared a local disaster, at a cost of millions to the local economy.

The music industry is already buzzing about what might be the next live event to fall, with all eyes turning to Coachella.

It’s hard to understate the impact of the two festivals: SXSW provided Austin with an economic impact estimated at $356 million last year while Coachella’s footprint has been pegged at north of $1 billion worldwide.

The Southern California festival begins its two-weekend run on April 10 with a fate that has never been more uncertain.

“I wasn’t worried about the virus until about 10 minutes ago when I saw that Ultra was postponed,” said one live music professional on Wednesday before Miami’s Ultra Music Festival was canceled, who like many in the business didn’t want to be named in an article about the rapidly worsening situation.

Booking agents, concert promoters and music managers are now being forced to imagine what a concert season stalled by public hysteria over coronavirus would look like — and most agree the picture isn’t pretty.

“I wouldn’t doubt over the next 20 days if we see a festival a day canceled,” says Kevin Lyman, founder of Van’s Warped Tour, who believes the situation will get much worse before it starts to get better.

The two most vulnerable states right now are California and Florida, which host the bulk of the spring and early summer festivals.

More than 50 cases have already been confirmed in Los Angeles, where Mayor Eric Garcetti declared a state of emergency Wednesday morning.

The move is largely preparatory in nature but does not bode well for events like Coachella, which begins early next month and takes place over two weekends, followed by Stagecoach the weekend after.

Coachella takes place about a two-hour drive from Los Angeles in Indio, California, in Riverside County, where officials decided later Wednesday to activate its emergency operations center due to coronavirus concerns.

This action may soon be followed by the county’s own emergency declaration.

All of this, according to industry experts, would lead to increased pressure from public officials to take action and pave the way for the festival’s cancellation.

“There’s no one managing it at the federal level, which means this is going to be decided by local officials who wield a ton of power,” Lyman says. 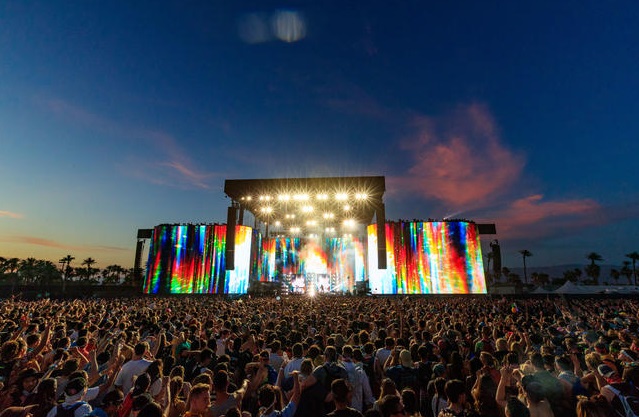 A stage at last years Coachella festival in California

But the latest news is only the beginning of what’s shaping up to be a cruel summer for a jittery music business that has tried to project confidence even as the crisis deepens, threatening an industrywide recovery that’s been years in the making.

“We’re beginning to see it affect the entire music ecosystem,” says one prominent artist manager who spoke on the condition of anonymity. “We’re getting calls from our agents about promoters canceling individual shows. Songwriters and producers have canceled flights into L.A. for sessions, so it’s starting to trickle down to the songwriting and production communities as well.”

Although the rise of streaming has revived the fortunes of recorded music, most artists still make the bulk of their bucks on the road.

The world’s ten highest-paid musicians earned $1 billion last year, up from $886 million the year prior, thanks in large part to massive stadium tours.

Live Nation, the world’s biggest concert promoter, notched a record $11.5 billion in revenues last year; while acknowledging a “cautious” approach in light of the outbreak, chief executive Michael Rapino was generally upbeat in his comments late last month even as Live Nation’s stock tumbled to a 52-week low.

“Looking at 2020, we believe that our double-digit fan and show count growth so far this year against a backdrop of very high artist activity across all venue types and markets sets up our flywheel to deliver another year of strong global growth,” he stated.

Rapino made note of his company’s backloaded calendar—indeed, 70% of Live Nation’s attendance is expected from June onward, buoyed by top acts from Justin Bieber to Lady Gaga—and limited exposure to Asia, where acts from Green Day to Avril Lavigne have already canceled dates.

As long as the coronavirus situation stabilizes in time for the summer concert season, the thinking has gone, everything will be fine.

But in the wake of the recent cancellation of Miami’s Ultra Music Festival—and now SXSW—many believe the crisis is already here.

Conversations with a handful of usually chatty artists and high-profile managers revealed pervasive uncertainty around touring over not just the medium term but also the near term.

That skittishness is understandable: Express uncertainty over whether dates will be canceled, and fans won’t buy tickets.

On a deeper level, much of the anxiety stems from the economics of a canceled show.

It’s not just the loss of a paycheck and the accompanying merch sales.

In the case of a Coachella gig—especially for an up-and-coming act looking to make a splash—there are the added expenses of holding rehearsals, building a stunning set, booking a pricey Airbnb and more.

Those are expenditures of time and money that can’t be returned.

In the meantime, the uncertainty has its own costs.

Of course, major arena shows are currently taking place around the country every night; so are basketball games, spring training tilts, movie screenings and the like.

And if things do get worse, there are some alternatives for music fans, albeit ones that are less lucrative for artists than live shows.

Much the way foreign sports teams have been playing to empty stadiums, bands could live-stream shows in private spaces, giving a boost to a corner of the industry that has yet to fully deliver on its initial promise.

Companies like Stageit and Big Room could find new opportunities in that sort of chaos.

Until then, the industry remains in a state of flux.