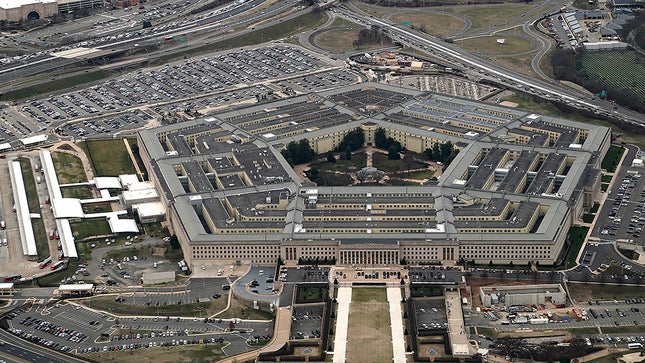 The Pentagon reported its first positive coronavirus case of a service member stationed at the building, a U.S. Defense Official confirmed Wednesday.

A U.S. Marine stationed at the Pentagon tested positive for COVID-19 on Tuesday, the Department of Defense spokesperson Lt. Col. Thomas Campbell said in a statement.

The Marine is in isolation at home and will undergo further assessment by health professionals. His last day in the Pentagon was March 13.

“The Marine followed U.S. Centers for Disease Control guidelines and DoD directives by isolating himself when an immediate family member began to show symptoms. Once he became ill, he contacted his assigned medical facility,” Campbell said.

A Pentagon response team cleaned the Marine’s workspace and a “thorough contact investigation” is underway, he added.

The confirmed positive case was first reported by Defense One.

There have been previous cases confirmed of an active-duty airman and Air Force contractor who visited the Pentagon in recent weeks.

The Navy, which just announced its first positive novel coronavirus cases on a deployed aircraft carrier, has about a third of the military’s COVID-19 patients.

Acting Navy Secretary Thomas Modly said that the service had 57 cases of COVID-19.

Several of those sailors are assigned to Navy warships, including three on the aircraft carrier Theodore Roosevelt, which is deployed in the Asia-Pacific region.

Nine troops have required hospitalization for the virus, according to the Pentagon data. COVID-19 can cause acute respiratory distress and organ damage — or in extreme cases, death.

Seventeen of the troops, according to the data, have already recovered.

Behind the Navy’s 57 cases, the Army and the Air Force have been the next hardest hit.

The Army has seen 44 coronavirus cases in the ranks, said Jason Waggoner, a spokesman for the military’s largest service.

The Air Force, as of Tuesday, reported 43.

Five of the sick airmen have required hospitalization.

Just one of the 43 has so far recovered from the virus.

The Marine Corps, the Defense Department’s smallest service, has 26 coronavirus cases, said Capt. Monica Witt, a spokeswoman for that service.

The Navy’s high COVID-19 cases could point to the challenges that service could face in preventing spread of the virus.

Sailors are routinely working in tight spaces on ships and submarines, a point Defense Secretary Mark Esper raised during a live-streamed town hall event Tuesday about the coronavirus crisis.

“We don’t live in a risk-free environment,” he said. “You’re not going to completely eliminate risk, but you can manage and reduce it, and that’s what you’ve got to do.”

One of those contractors recently died from the illness.