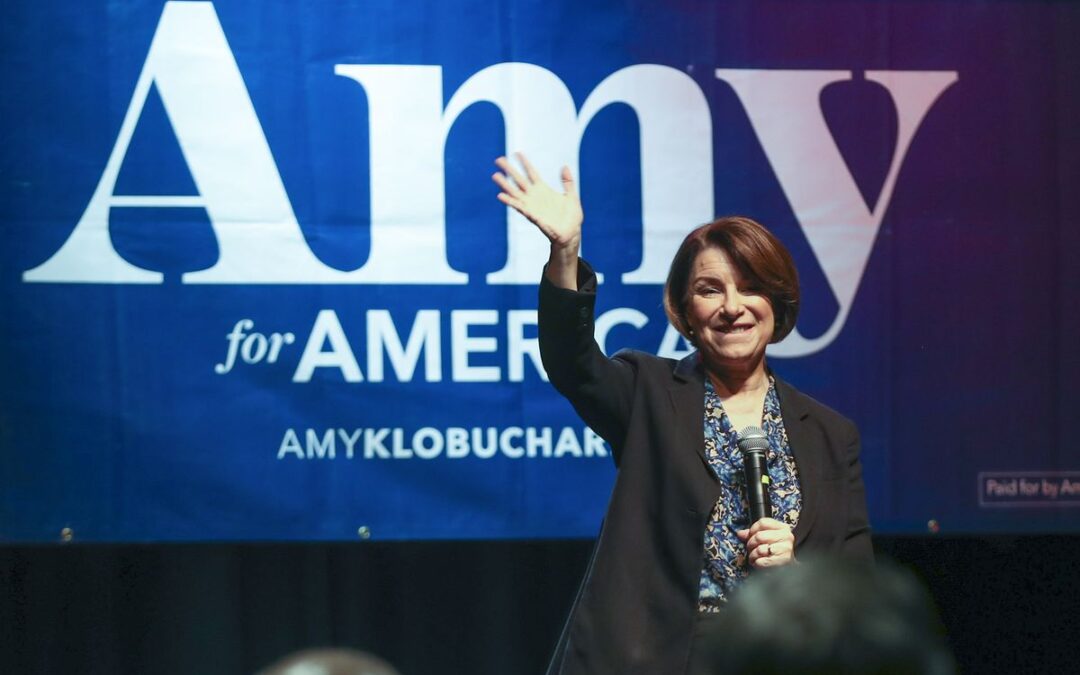 Sen. Amy Klobuchar (D-MN) has ended her campaign and is set to endorse Joe Biden, the latest sign that the Democratic primary field’s moderate hopefuls are beginning to coalesce behind the former vice president.

The Minnesota senator will join Biden at a rally in Dallas tonight where she is expected to suspend her campaign and throw her support behind the former vice president.

Klobuchar’s decision came two days after she finished in a distant sixth place in the South Carolina primary and less than 24 hours after another moderate hopeful, former South Bend, Ind., Mayor Pete Buttigieg dropped out of the race.

Buttigieg is also expected to endorse Biden, according to a source close to the former vice president’s campaign, signaling that moderates are coalescing behind Biden at a time when Sen. Bernie Sanders (I-Vt.) is emerging as the front-runner in the race after wins in New Hampshire and Nevada and a virtual tie in Iowa.

Her decision to drop out came just a day before Super Tuesday, when her home state of Minnesota will hold its primary.

Despite garnering national attention and praise for her primary debate performances, the Minnesota senator never managed to break into the top tier of candidates in polls and often lagged behind the race’s front-runners in fundraising.

Her best showing in the nominating contest was in New Hampshire, where she scored a third-place finish.

Klobuchar’s decision to end her campaign comes amid mounting anxiety among some Democrats, who fear that the primary field’s crowded centrist lane would split the support of moderate voters, paving the way for Sanders to clinch the nomination.

But Biden’s outsize victory in the South Carolina primary on Saturday is turning into a clarifying moment in the Democratic nominating contest.

Klobuchar and Buttigieg both saw weak support from black voters in the state, raising questions about their ability to build the kind of diverse coalition a candidate would need, not only to win the nomination, but to defeat President Trump in November.

Another candidate, billionaire activist Tom Steyer, also ended his campaign on Saturday after a distant third-place finish in South Carolina where he spent heavily in advertisements.

Neither Buttigieg nor Klobuchar were particularly well positioned heading into Super Tuesday, though Klobuchar had hoped to notch at least one win in her home state of Minnesota — a state Sanders carried in his 2016 primary bid against Hillary Clinton.

But her fate in Minnesota was not as clear-cut as she had hoped. Recent polls showed her with a single-digit lead over Sanders, and the Vermont senator is slated to travel to St. Paul on Monday night for a rally in a sign that he is hoping to compete on Klobuchar’s home turf.

With Klobuchar’s exit, the moderate lane of the primary field is down to two major candidates, Biden and former New York City Mayor Michael Bloomberg, who declined to compete in the first four nominating contests and will appear on the ballot for the first time on Tuesday.