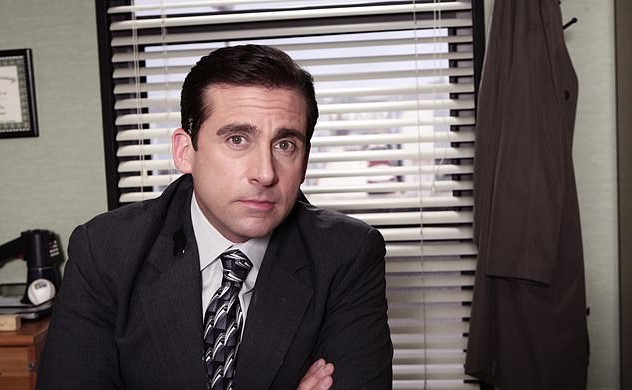 He made a shock exit from The Office following its seventh season, and Steve Carell’s unexpected departure from the show appears to have finally been explained.

Andy Greene’s new book The Office: The Untold Story of the Greatest Sitcom of the 2000s features interviews with many crew members from the show.

The show’s boom operator and sound mixer Brian Wittle, who was interviewed in the book, claimed the actor, 57, left the role because showrunners didn’t react when he ‘haphazardly mentioned’ the seventh season could have been his last.

“I sat with Carell one time and he told me the story,” said Wittle. “He was doing a radio interview and he haphazardly mentioned, almost unconsciously, that it might be his last season. He didn’t plan on saying it out loud and he hadn’t decided anything. Then what he said was the people connected to the show had no reaction to it. They didn’t call and say, ‘What? You wanna leave?’ He said he didn’t get any kind of response from them.”

Fans of the show believe it’s an unforgivable mistake by the top brass at NBC, who had one of the top ranked television sitcoms of all time.

“When the news broke that he was considering it, the people that are in charge of keeping him there didn’t make a big effort to do so until afterward,” said Wittle.

Reiterating Wittle’s story, hairstylist Kim Ferry said of the actor’s departure: “He didn’t want to leave the show He had told the network that he was going to sign for another couple of years. He told his manager and his manager contacted them and said he’s willing to sign another contract. And the deadline came for when the network was supposed to give him an offer and it passed and they didn’t make him an offer. So his agent was like, ‘Well, I guess they don’t want to renew you for some reason.’ Which was insane to me. And to him, I think.”

Casting director Allison Jones also told the same story, as she explained: “As I recall, he was going to do another season and then NBC, for whatever reason, wouldn’t make a deal with him. Somebody didn’t pay him enough. It was absolutely asinine. I don’t know what else to say about that. Just asinine.”

Ferry says that Carell told NBC that he “didn’t want to leave”. “It just is mind-boggling how that happened. And I feel bad because I think a lot of people think he did leave the show on his own merit and it’s absolutely not true. I’m telling you. I was there. He really wanted to stay. And it devastated all of us because he was the heart of our show.”

Carell portrayed bumbling boss Michael Scott on The Office, who was himself based on Ricky Gervais’ character David Brent in the BBC original.

The American mockumentary followed the everyday lives of employees of the Dunder Mifflin Paper Company, of whom Scott managed until the seventh season.

Steve’s character departed the show after proposing to HR representative Holly Flax, before moving to Colorado with her so they could take care of her aging parents.

There have been rumors about a reunion for the show, with the chairman of NBC entertainment, Robert Greenblatt, revealing that he has been in contact with the show’s creator, Greg Daniels, about a potential new season.

The Office continued for a further two seasons without Carell, before ending in 2013 with its ninth season.