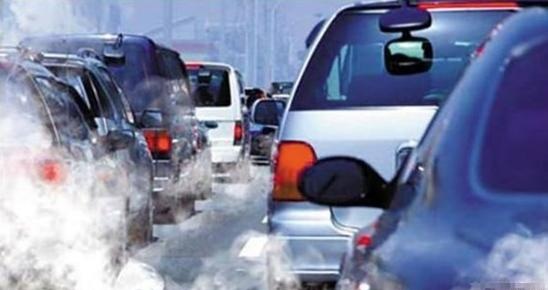 Barack Obama took a veiled swipe today at his successor Donald Trump, chastising those who have ‘denied warnings’ of a deadly coronavirus pandemic and cautioning against ignoring the consequences of climate change.

The two-term Democrat took to social media as the Trump administration finalized a controversial rollback of Obama-era vehicle fuel economy and greenhouse gas emissions standards that were aimed at slowing global warming.

‘We’ve seen all too terribly the consequences of those who denied warnings of a pandemic,’ Obama posted on Twitter.

‘We can’t afford any more consequences of climate denial. All of us, especially young people, have to demand better of our government at every level and vote this fall.’

We’ve seen all too terribly the consequences of those who denied warnings of a pandemic. We can’t afford any more consequences of climate denial. All of us, especially young people, have to demand better of our government at every level and vote this fall. https://t.co/K8Ucu7iVDK

The United States now has more than 165,000 confirmed coronavirus cases, the most worldwide, and the US death toll has surged past 3,400 — exceeding China’s official toll.

Obama’s tweet included a link to a story about the Trump administration’s new rules.

Trump’s administration today completed a rollback of vehicle emissions standards adopted under Obama and will require 1.5% annual increases in efficiency through 2026 – far weaker than the 5% increases in the discarded rules.

The announcement – condemned by Democrats and environmentalists while being lauded by big business – sets up a legal battle, with California and 22 other states planning to challenge the rewrite of what had been one of most ambitious U.S. policies aimed at combating climate change.

The Trump administration called the move its largest single deregulatory action and said it would will save automakers upwards of $100 billion in compliance costs.

The policy reversal marks the latest step by Trump to erase environmental policies pursued by Obama.

‘The Trump administration’s anti-science decision to gut fuel standards will unleash massive amounts of pollution into the air at the worst possible time,’ Pelosi said, alluding to the coronavirus pandemic.

A coalition of states previously challenged the Trump administration’s decision to revoke California’s authority to set its own stiff vehicle tailpipe emissions rules.

Under the Obama rules, automakers were to have averaged about 5% per year increases in fuel efficiency through 2026, but the industry lobbied Trump to weaken them.

The new requirements mean the U.S. vehicle fleet will average 40.4 miles per gallon rather than 46.7 mpg under the Obama rules.

The Trump administration said the new rules will result in about 2 billion additional barrels of oil being consumed and 867 to 923 additional million metric tons of carbon dioxide being emitted and boost average consumer fuel costs by more than $1,000 per vehicle over the life of their vehicles.