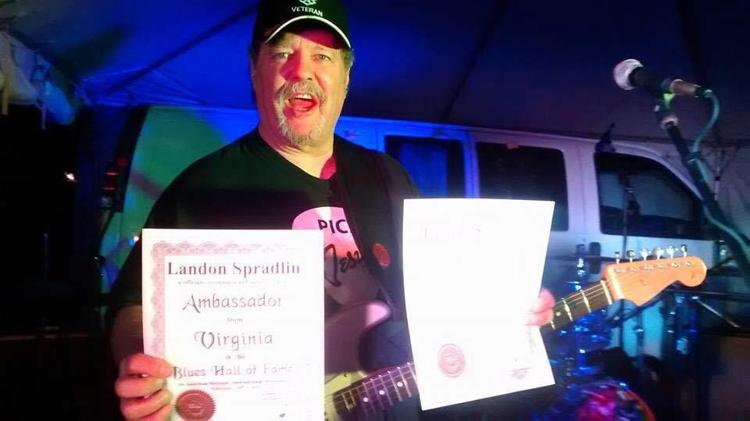 Landon Spradlin, an accomplished blues musician who pastored several different churches, has become Virginia’s 10th death due to the coronavirus.

Spradlin, 66, was in New Orleans with his wife, Jean Spradlin, when he started getting sick.

On their way back to Virginia on March 17, his condition worsened to the point where he could hardly breathe.

Jean Spradlin took her husband to the hospital in Concord, where the test came back positive the next day, she said.

Jean Spradlin, who has been in isolation since then, has tested negative for COVID-19.

Spradlin had previously shared opinions that the pandemic was the result of “mass hysteria” from the media.

On March 13, Spradlin shared a misleading meme that compared coronavirus deaths to swine flu deaths and suggested the media is using the pandemic to hurt President Trump.

In the comments, Spradlin acknowledged that the outbreak is a “real issue,” but added that he believes “the media is pumping out fear and doing more harm than good”

“It will come and it will go,” he wrote.

That same say, he shared a post from another pastor that told the story of a missionary in South Africa who “protected” himself from the bubonic plague with the “Spirit of God.”

“As long as I walk in the light of that law [of the Spirit of life], no germ will attach itself to me,” read a quote from the post.

New Orleans is on track to become the next coronavirus epicenter in the United States with one of the highest growth in cases seen anywhere in the world.

Authorities are warning that hospitals could collapse by April 4 and that the state will run out of ventilators by the first week of next month if the growth rate continues.

Nearly 1,800 people in Louisiana have tested positive for coronavirus and 65 have died in the two weeks since the first patient was reported on March 9 – an average daily growth rate of 65 percent.

The number of cases increased by 400 – or 30 percent – in the span of 24 hours between Tuesday and Wednesday. 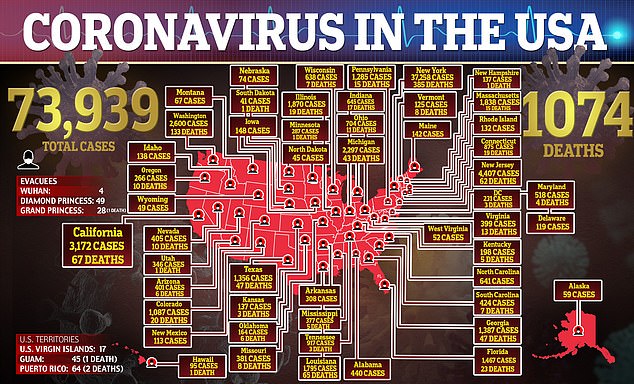