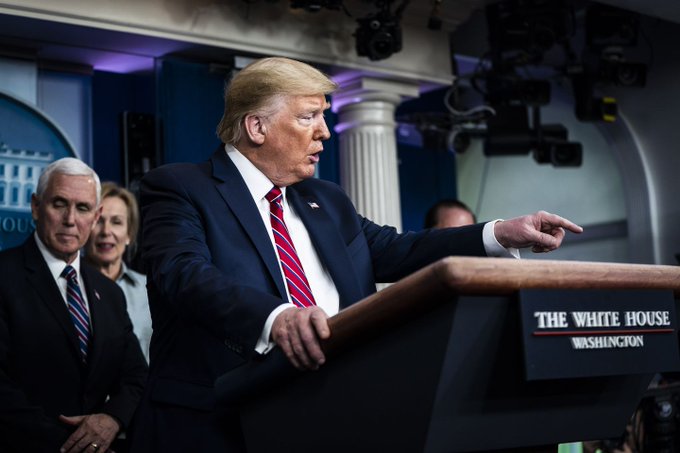 An official working for Vice President Pence has tested positive for the coronavirus, his office announced today, becoming the first known positive test to date for a White House staffer.

“‪This evening we were notified that a member of the Office of the Vice President tested positive for the Coronavirus,” Pence’s press secretary, Katie Miller, said in a statement.

“Neither President Trump nor Vice President Pence had close contact with the individual. Further contact tracing is being conducted in accordance with CDC guidelines,” the spokeswoman added.

The positive test reflects the degree to which the virus is spreading across the country, including to those in proximity to the country’s leaders.

The news comes days after two congressmen tested positive for the virus, prompting several other lawmakers to self-quarantine.

Both Trump and Pence previously interacted with lawmakers who have self-quarantined after coming into contact with an individual with the virus, and both posed for a photo with a Brazilian official earlier this month at the president’s Mar-a-Lago club in Florida who has since tested positive.

Pence said this week he had not been tested for coronavirus, citing guidance from the White House doctor.

Trump was tested last week, despite the White House physician saying there was no need and that his interactions were low risk for transmission. The White House said Saturday that the test was negative.

More than 16,600 Americans have tested positive for the virus as of Friday afternoon, and more than 200 have died from the virus, according to The New York Times.

Pence has been leading the federal government’s response to the coronavirus and has projected optimism about increases in test availability and critical equipment for medical workers, even as Americans express frustration over testing delays and hospitals warn they are dangerously low on items like masks.

Pence has also provided a measure of stability at regular press briefings in contrast with Trump’s more free-wheeling style.

Asked Friday what his message was to Americans “scared” by the coronavirus,” Trump snapped at NBC News reporter Peter Alexander.

When Pence was asked the same question later in the briefing, he told Americans “do not be afraid, be vigilant” and urged them to follow federal guidelines to limit the spread of the disease.