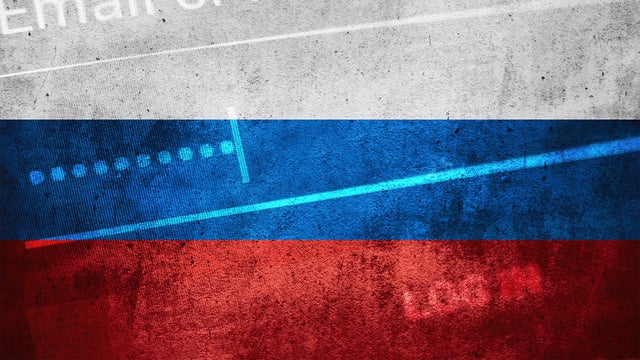 Attorney General William Barr vowed that there would be swift and severe action if a foreign government is behind disinformation campaigns aimed at spreading fear in the U.S. amid the coronavirus pandemic or a denial of service attack on the networks of the Department of Health and Human Services.

“Our primary role right now is to investigate,” Barr said. “The FBI is very active, trying to determine who is responsible for these things.”

Russia is deploying a misinformation campaign in Western countries designed to sow discord and concern around the spread of coronavirus, according to the European Union (EU).

An internal document from the EU’s External Action Service (EEAS) warned that Russia was using the coronavirus pandemic to spread chaos through misinformation.

“With the spread of COVID-19 we have seen a flurry of info, myths and disinformation about it – they are coming from various sources, not only from one, although disinformation efforts coming from Russia, linked to Russia or to clearly pro-Kremlin outlets have noticeably picked up,” said Peter Stano, the spokesperson for the EEAS.

The European Commission, Stano said, is “aware of an increasing number of false information about the COVID-19 outbreak appearing in public discourse. We are concerned that some of them can lead to public harm (e.g. false claims that drinking bleach cures the virus) or abuse the situation for material gain (e.g. elevated prices for soap that kills coronavirus germs).”

The new concerns around Russian misinformation comes after European Commission Vice President Věra Jourová met with top representatives of tech groups including Google, Facebook, Microsoft, and Twitter on March 3 to discuss the spread of coronavirus disinformation.

According to Stano, Jourová will meet with the tech company representatives in early April to receive updates on fighting misinformation.

Stano emphasized that the EU is taking steps to promote “authoritative content” and take down content flagged by fact-checkers as “false or misleading,” along with encouraging EU citizens to get information on the coronavirus from groups such as the World Health Organization (WHO).

The effort mirrors an initiative in the United States, where U.S. Chief Technology Officer Michael Kratsios met with officials from the same tech groups last week to hash out how Silicon Valley can assist in fighting coronavirus and halting misinformation.

Two top U.S. lawmakers on Wednesday also warned of hacking and misinformation campaigns from countries such as Russia and China.

Sen. Angus King (I-Maine) and Rep. Mike Gallagher (R-Wis.), the co-chairs of the Cyberspace Solarium Commission, told The Hill in a statement that they believed the U.S. was engaged in a “war” against foreign hackers and those spreading misinformation around coronavirus.

“The U.S. is fighting a multi-front war amid this pandemic, including against the virus itself and against foreign adversaries attempting to undercut and hinder our response capabilities and sow discord,” the lawmakers said.

U.S. national security officials said Monday there had been a “cyber incident” involving the computer networks of the Health and Human Services Department, but the networks were operating normally.

They didn’t detail the scope of the incident, but HHS Secretary Alex Azar later said the networks were not penetrated and that the department has taken strong defensive action.

A denial of service attack occurs when a perpetrator trying to make a network unavailable to its intended user temporarily disrupts internet connections.

Barr told the AP the federal government would take action against anyone who was trying to take advantage of the crisis or against foreign governments that could be trying to spread misinformation and stoke fear or slow down the U.S. response to the virus. He didn’t speculate which government may be behind it.

“When you’re dealing with something like a denial of service attack on HHS during a pandemic, that’s a very grave action for another country to take,” Barr said. “So, if it is another country doing this, I’m sure the ramifications will be severe.”