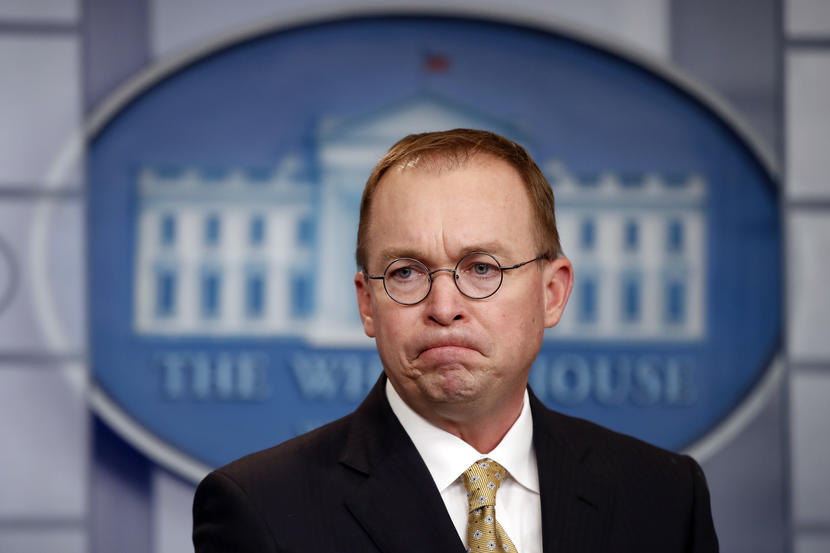 Trump announced the news in a tweet, saying he would appoint Mulvaney as U.S. special envoy for Northern Ireland.

“I am pleased to announce that Congressman Mark Meadows will become White House Chief of Staff. I have long known and worked with Mark, and the relationship is a very good one,” Trump tweeted.

“I want to thank Acting Chief Mick Mulvaney for having served the Administration so well. He will become the United States Special Envoy for Northern Ireland. Thank you!” Trump wrote.

Mulvaney, who lost his job as OMB director too, has been named special Envoy for Northern Ireland.

Trump once ridiculed President Obama for doing the same thing:

3 Chief of Staffs in less than 3 years of being President: Part of the reason why @BarackObama can’t manage to pass his agenda.