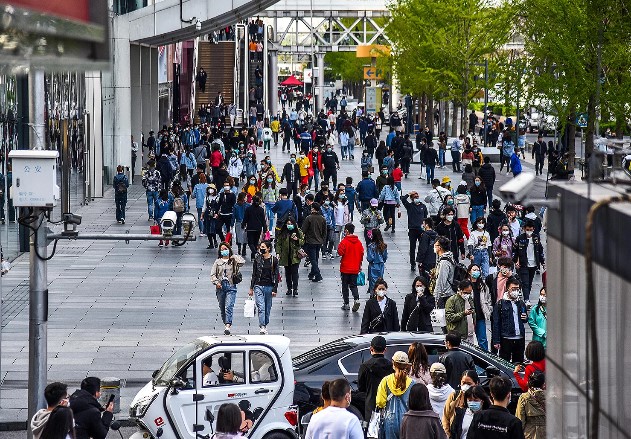 Despite warnings from health officials that the coronavirus pandemic isn’t over yet, substantial numbers of people traveled to popular tourist sites and major cities across China over the country’s holiday weekend.

Sites such as the famous Bund waterfront in Shanghai were once again packed with shoppers and tourists after weeks of being unoccupied while the country was on lockdown to try and stop the spread of the novel coronavirus (COVID-19).

The city’s restaurants also been busy, with many requiring reservations again.

Similarly, in the nation’s capital of Beijing, many visited to city parks and various open spaces.

Photographs taken at the Huangshan Mountain in the southern Anhui province in eastern China on Saturday show thousands of people stuffed together on a narrow walkway, with many wearing face masks. 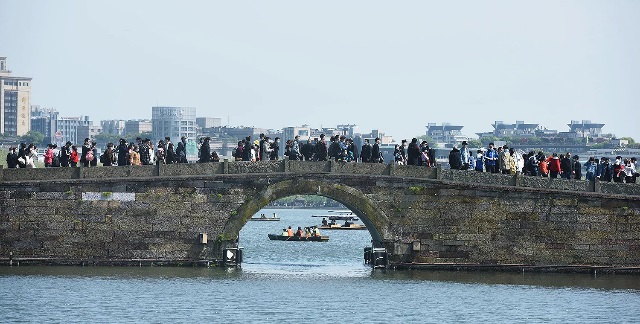 Hours later, visitors awaiting entrance were advised to come back on a different day.

The return to normality comes more than three months after the virus was first detected in the Chinese city of Wuhan.

The outbreak — which has since spread around the world and infected more than a million people — saw much of China brought to a halt in an effort to contain the health crisis.

Experts in the country have warned however that the public should still be cautious as the pandemic is not yet over.

Zeng Guang, chief epidemiologist with the Chinese Center for Disease Control and Prevention, told the Health Times on Thursday that China had not seen the end of the epidemic.

“China is not near the end, but has entered a new stage. With the global epidemic raging, China has not reached the end,” he shared.

In previous weeks, the Chinese government has been careful of re-opening public places too quickly and sparking a second wave of infections.

Plans to re-open movie theaters were canceled at the end of March, just hours after they were set to be put into action.