ANALYSIS: Biden’s Lead Over Trump Is The Steadiest On Record 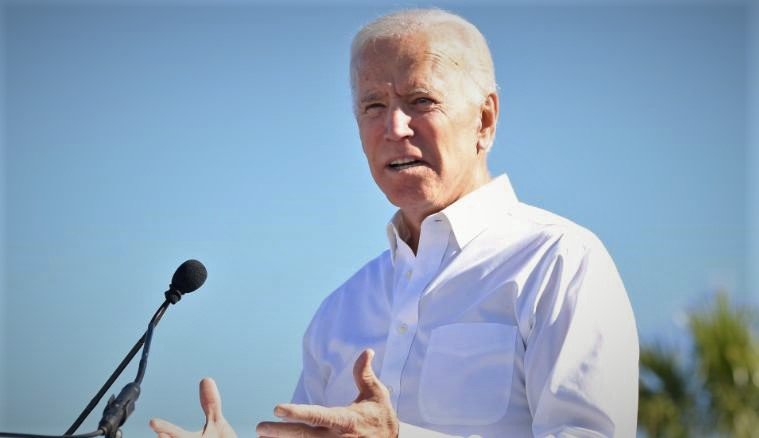 The poll is largely in line with the average poll since April that puts Biden 6 points ahead of Trump nationally.

Biden’s lead is about as steady as it can possibly be.

Not only is he up 6 points over the last month or so, but the average of polls since the beginning of the year has him ahead by 6 points.

Moreover, all the polls taken since the beginning of 2019 have him up 6 points.

The steadiness in the polls is record breaking.

Biden’s advantage is the steadiest in a race with an incumbent running since at least 1944.

That could mean it’ll be harder to change the trajectory of the race going forward, though this remains more than close enough that either candidate could easily win.

To know this, political analyst Harry Enten went back and looked at how all the national polls deviated from each other during January to early May of the election year.

This year, 95% of all the individual polls so far have shown a result within 6 points of the average.

That’s basically what you’d expect if you took a lot of polls and the race wasn’t moving (i.e. the only shifts are statistical noise from sampling).

The previous low for a similarly constructed 95% confidence interval was 8 points (2012).

The median cycle featured a 95% interval of 13 points from the average of polls.

In other words, about double the range of the polls we have seen so far in 2020.

Sometimes, of course, the range of results can be even wider than the median cycle.

Lyndon Johnson had anywhere from about a 35-point advantage to a more than 60-point lead over Barry Goldwater in the early months of 1964.

Jimmy Carter opened 1980 with a 30-point or greater lead in some of the polls over Ronald Reagan.

By early May, his lead was down to single digits, and he even trailed Reagan in a few polls.

The 1964, 1980 and 2004 campaigns are of particular interest because they both had shocks to the system within a few months of the beginning of the election year.

John Kennedy was assassinated in November 1963, Iranians took Americans hostage in November 1979 and the US captured Saddam Hussein in December 2003.

The first two were especially volatile, while 2004 saw some change.

By the end of April, he was trading leads with John Kerry.

This year, we’ve seen pretty much none of those shifts in the national polls, even as we’ve had a once-in-a-lifetime health pandemic.

That might make you doubt that the polls will move a lot going forward in 2020.

Indeed, there does seem to be some relationship between early poll movement and how well the early polling predicts the results.

In cycles with smaller than normal early movement, the average difference between the polls during those four months and the final results has been 5 points.

In cycles with larger than normal early movement, the average difference between the polls during that time and the final result has been 14 points.

In other words, it would fit prior patterns if the polls right now are generally close to the results.

This matches what you would expect, given that more voters hold a strong view of Trump than any other incumbent since at least 1980.