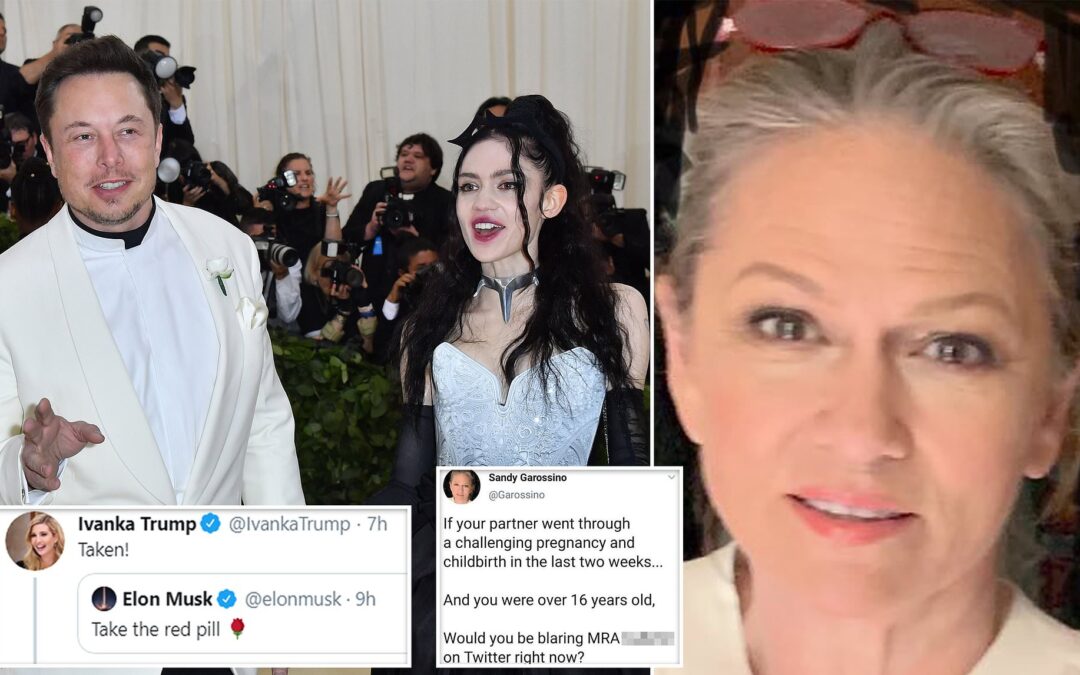 The Tesla CEO posted the cryptic message Sunday along with a red rose emoji.

The reference invoked a line in the 1999 movie “The Matrix.”

“You take the blue pill, the story ends, you wake up in your bed and believe whatever you want to believe. You take the red pill, you stay in Wonderland and I show you how deep the rabbit hole goes,” Morpheus tells Neo.

Taking the red pill, or being ‘red-pilled,’ is much more commonly used on the internet to denote a right-wing political awakening.

The line has since been adopted by the so-called Men’s Rights Activism (MRA) movement, with the Reddit group r/TheRedPill using it to describe the moment men “wake up” and decide feminism is a threat.

It’s also a meme co-opted by alt-right groups to convey a move away from liberal politics.

“If your partner went through a challenging pregnancy and childbirth in the last two weeks…And you were over 16 years old, Would you be blaring MRA bulls–t on Twitter right now?” Sandy Garossino responded.

She also made it clear she was reading other comments to the post.

When someone else commented Musk might want to “step away from the broflakes” because he had “a 3 weeks old baby” at home, Garossino chimed in.

“Not yet two weeks old,” she wrote.

Musk has always had a certain manic energy on Twitter, but in the past week, his output has taken a more troubling turn.

Musk’s ongoing standoff with Alameda County health officials had inspired him to share a wave of disinformation, something he hasn’t backed off from even as much of it has been removed from the platforms themselves.

But now, Musk seems to be moving into a more troubling part of the online sphere, and he risks taking a lot of his fans with him.

The tweet was clearly taken as a dog whistle by prominent red-pillers like Mike Cernovich and Infowars’ Paul Joseph Watson.

It was also retweeted by Ivanka Trump, which caused Matrix co-creator Lilly Wachowski to curse both of them out.

It fits a larger pattern of signaling to far-right figures that is harder to discount.

Since the Alameda fight started, Musk has been a regular fixture in the replies of coronavirus skeptic Alex Berenson and stunt journalist James O’Keefe who has also been vocal about the counting of coronavirus deaths.

And Musk has spent the past month promoting discredited reports about the dangers of coronavirus, describing shelter-in-place orders as “fascist,” and dismissing the validity of existing case and death statistics on the virus’s spread.

The new tweet is just the latest controversy Musk has got into on the social media platform in recent weeks.

Last week, Musk declared he would move his Tesla HQ out of California ‘immediately’, after clashing with local officials in Fremont, California, who had said the factory could not reopen because of coronavirus fears.

On May 1 he sent stocks of his electric car company into a freefall after he went on a bizarre Twitter rant.

The Tesla founder announced that he felt the company’s stock price was ‘too high’, before revealing he was planning to sell off his physical possessions.

He then tweeted the words to the national anthem.

The market was quick to react to the 11.am tweet rant, and Tesla shares began a precipitous nosedive, falling more than 11 per cent by that afternoon.

Musk appears to be following through on his plan to sell off his property.

During the May 1 rant, he wrote: ‘I am selling almost all physical possessions. Will own no house’.

And just days later he put two of his Bel Air homes on the market for $39.5M.

On May 4, Musk listed his lower Bel Air estate that overlooks the Bel Air Country Club.

The residence, which was purchased by Musk in 2012 for $17million, was listed for $30million on Zillow.

The second home was listed for $9.5million and used to be owned by late Willy Wonka actor, Gene Wilder, who died in 2016.

But Musk insisted on Twitter: ‘Just one stipulation on sale: I own Gene Wilder’s old house. It cannot be torn down or lose any its soul.’

In one listing, four of his Los Angeles homes are being sold together for $62.5million, while his Hillsborough, California, mansion is up for a whopping $35million.

Musk and rapper girlfriend Grimes recently announced that they were calling their first child ‘X Æ A-12’.