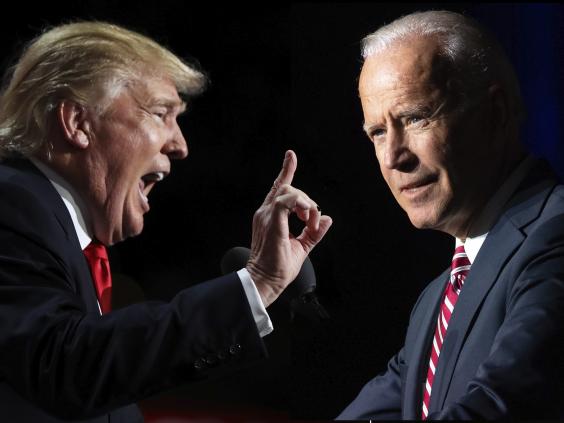 President Trump could suffer a historic defeat in the fall if the economy doesn’t sharply recover from the coronavirus pandemic and the disease lingers.

That’s according to an election model that has predicted the winner of the popular vote in 16 of the past 18 elections.

Oxford Economics predicts Trump would lose to Democrat Joe Biden by a margin of 65% to 35%, using a model based on the pioneering political-forecasting work of Yale economist Ray Fair.

How bad is that?

William Howard Taft was the last president running for reelection to win fewer than 35% of the vote, when he finished third in 1912 behind Woodrow Wilson and Theodore Roosevelt.

The Oxford model primarily relies on key economic barometers such as inflation, the unemployment rate and inflation-adjusted disposable income to generate its forecast.

The jobless rate has soared to almost 20% unofficially from just 3.5% several months ago, and it’s unlikely to drop below 10% before the election, Oxford Economics predicts.

Right before the pandemic, the Oxford model showed Trump handily winning reelection with 55% of the vote.

But the coronavirus has changed all that.

Oxford predicts the states of Iowa, Wisconsin, Michigan, Pennsylvania, Ohio, Missouri and North Carolina would all flip from Republican in 2016 to Democrat in 2020, giving Biden 328 Electoral College votes to just 210 for Trump. 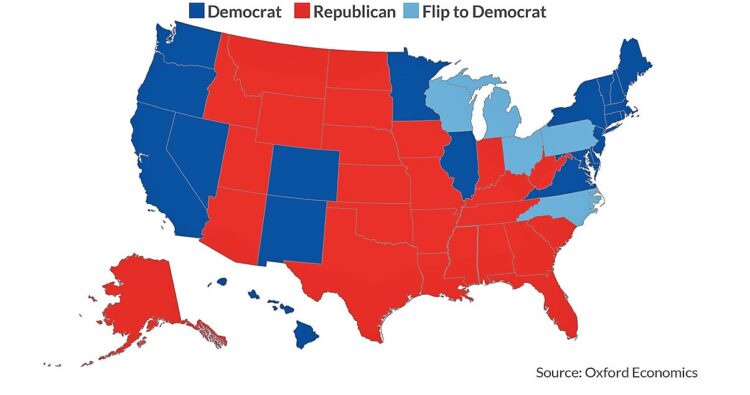 Other forecasters believe Arizona, and its 11 electoral votes, will go to Biden as well.

There are reasons to be cautious about such forecasts.

Trump lost the popular vote to Hillary Clinton in 2016 — an outcome predicted by the Oxford model — but he won in the Electoral College.

It’s also unrealistic to expect Biden to capture what would be a record 65% of the vote even if he did win the White House.

It’s rare in modern times for one of the two main parties to gain less than 40% of the vote in a two-person race.

The last time that happened was in 1972.

What could save Trump?

A faster-than-expected economic rebound and lower-than-normal turnout among Democratic voters, the model indicates.

“The narrow victory signals that the shape of the recovery from the coronavirus-induced recession could be pivotal for Trump’s reelection hopes,” Oxford said.

A slew of polls since the pandemic began, meanwhile, also show Trump losing to Biden.

The Real Clear Politics averages of polls has shown Biden leading since the pandemic began.

More alarming for Republicans is that Trump is losing support among seniors, a core bloc.

The poor polling is almost certainly a factor in Trump pushing states to reopen quickly and get the economy moving again.