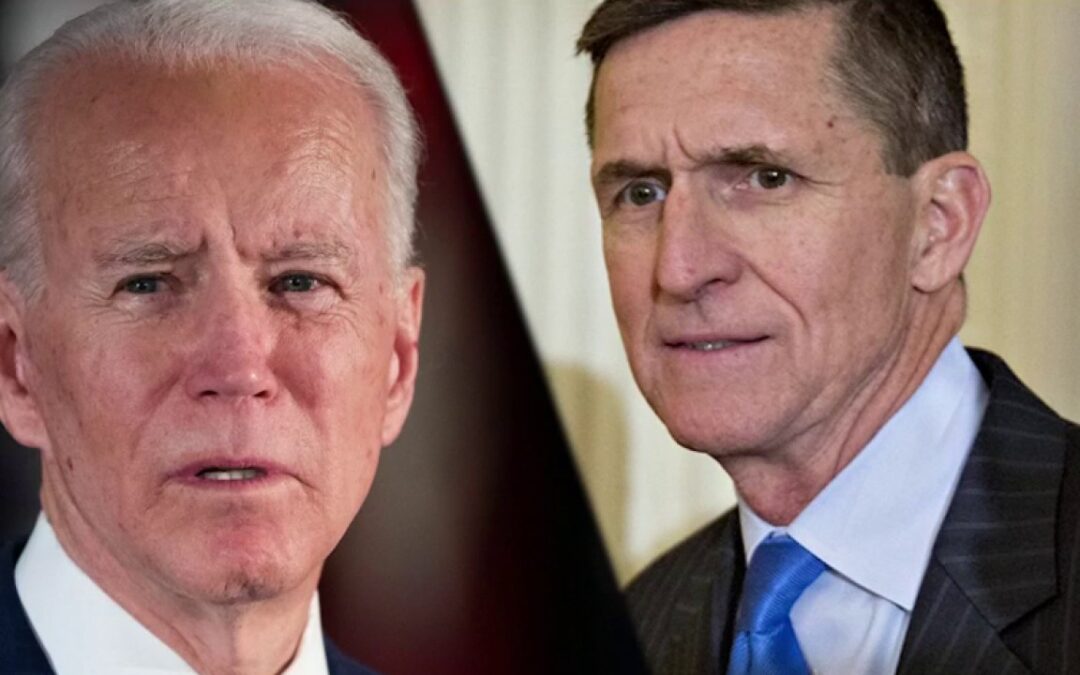 Three Republican senators today made public a recently declassified list of U.S. officials, including former vice president Joe Biden, who purportedly sought to “unmask” Trump adviser Michael Flynn in late 2016 and early 2017 — a common practice in the intelligence community but one that some conservatives have seized on to imply wrongdoing.

The list was recently declassified by President Trump’s top intelligence adviser, Richard Grenell, and given to the Justice Department.

Grennell has no background in intelligence and is widely viewed as a Trump strongman in his new role.

A cover letter indicates that those on the list submitted requests to the National Security Agency between Nov. 8, 2016, and Jan. 31, 2017, to “unmask” Flynn, though a note on the list itself suggests it was unknown whether all the officials actually “saw the unmasked information.”

Unmasking is a routine practice used to identify a U.S. person who is anonymously referred to in an intelligence document, meant to help government officials better understand what they are reading.

But conservatives have long seized on Flynn’s unmasking to imply he was treated unfairly by U.S. law enforcement and intelligence officials.

Early in the Trump administration, the effort to scrutinize unmasking was pushed in part by Rep. Devin Nunes (R-Calif.), though the House Intelligence Committee he chaired also asked U.S. spy agencies to reveal the names of U.S. individuals or organizations contained in classified intelligence on Russia’s interference in the 2016 election.

Some conservatives have connected unmasking to Flynn’s late December 2016 phone calls with then-Russian ambassador Sergey Kislyak, who was the target of U.S. surveillance.

Flynn pleaded guilty in 2017 to lying to the FBI about the phone calls, though the Justice Department last week moved to throw out the case after coming to the conclusion that agents did not have adequate basis to interview Flynn when they did so.

Many of the unmasking requests in the documents, though, seem to have come before the Flynn-Kislyak phone calls were even made.

National security lawyer Mark Zaid noted the cover letter before the list “makes it clear that every request was authorized and lawful,” and many of the requests were in mid-December.

“If you want to be transparent and fair, show us the document that led all these senior authorized government officials to request this information, that freaked them out all at the same time,” Zaid said.

In a statement, Johnson, who chairs the Senate Homeland Security Committee, and Grassley, who chairs its Finance Committee, said those on the list “should confirm whether they reviewed this information, why they asked for it and what they did with it, and answer many other questions that have been raised by recent revelations.”

The pair had asked Grenell and Attorney General William Barr to turn over the list a day earlier.

“We are making this public because the American people have a right to know what happened,” the senators said, adding, “The records are one step forward in an important effort to get to the bottom of what the Obama administration did during the Russia investigation and to Lt. General Flynn.”

Paul released a portion of the list on Twitter and encouraged Senate colleagues to hold hearings on the matter.

Representatives for many of those on the list, including Biden, Comey and Brennan, said they had only just seen the materials and were reviewing them.

Clapper said unmasking is a regular and important part of a senior intelligence official’s duty.

“If U.S. persons are engaged with a valid foreign intelligence target, we should have at least a modicum of curiosity to try to understand what’s going on and does that pose a threat to national security,” he said. “To me, this was just part of my doing my duty to determine if there was a threat to the security of the United States.”

Though Trump and his allies have vilified the process, unmasking has increased under the Trump administration.

The National Security Agency, which conducts legally authorized surveillance of communications overseas, unmasked the identities of 16,721 U.S. persons in 2018, according to information compiled by the Office of the Director of National Intelligence.

That was a more than 7,000-person increase over the previous year, when Trump took office.

The big jump may reflect an increase in the number of people or American businesses whose identities were revealed to determine if they were victims of computer hacking or some other crime perpetrated by foreign actors, officials have said.

In 2019, the NSA unmasked just over 10,000 U.S. persons’ identities, a substantial decrease from the previous year, but still more than in the final year of the Obama administration, according to government records.

The numbers are now compiled on a calendar-year basis.