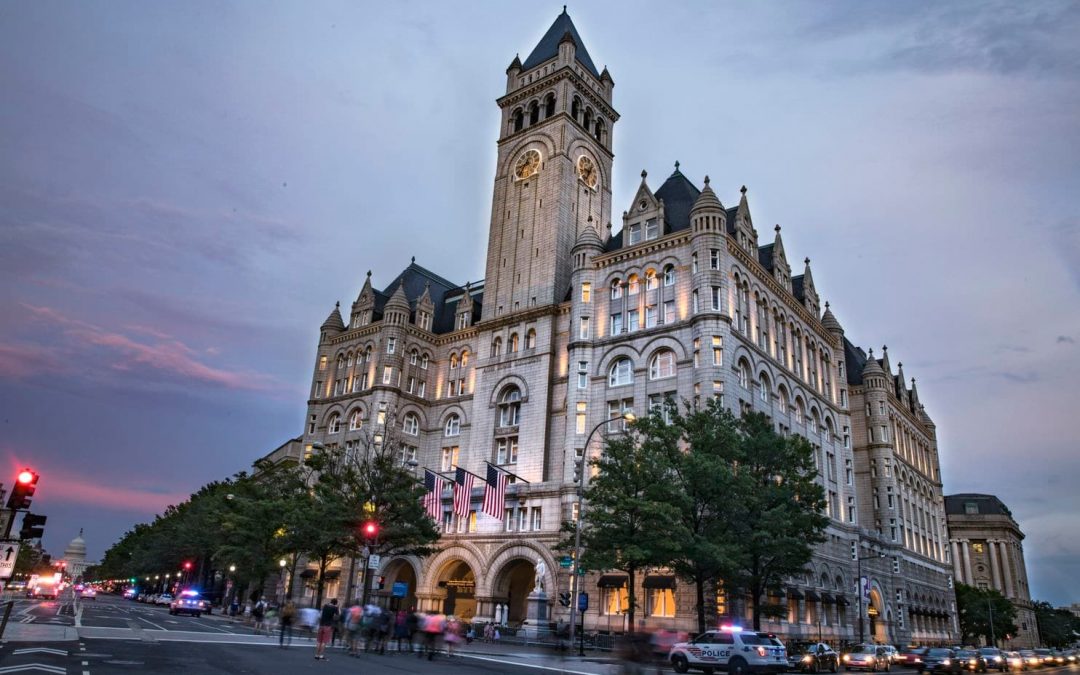 Lobbyists representing the Saudi government reserved blocks of rooms at President Trump’s D.C. hotel within a month of Trump’s election in 2016 — paying for an estimated 500 nights at the luxury hotel in just three months.

At the time, these lobbyists were reserving large numbers of D.C.-area hotel rooms as part of an unorthodox campaign that offered U.S. military veterans a free trip to Washington — then sent them to Capitol Hill to lobby against a law the Saudis opposed.

At first, according to organizers of the trips and documents obtained by The Washington Post, Saudi lobbyists put the veterans up in Northern Virginia.

Then, in December 2016, they switched most of their business to the Trump International Hotel in downtown Washington.

In all, the lobbyists spent more than $270,000 to house six groups of visiting veterans at the Trump hotel, which Trump still owns.

Those bookings have fueled a pair of federal lawsuits alleging Trump violated the Constitution by taking improper payments from foreign governments.

During this period, records show, the average nightly rate at the hotel was $768.

The lobbyists who ran the trips say they chose Trump’s hotel strictly because it offered a discount from that rate and had rooms available, not to curry favor with Trump.

“Absolutely not. It had nothing to do with that. Not one bit,” said Michael Gibson, a Maryland-based political operative who helped organize the trips.

Some of the veterans who stayed at Trump’s hotel say they were kept in the dark about the Saudis’ role in the trips.

Now, they wonder if they were used twice over: not just to deliver someone else’s message to Congress, but also to deliver business to the Trump Organization.

“It made all the sense in the world, when we found out that the Saudis had paid for it,” Henry Garcia, a Navy veteran from San Antonio who went on three trips.

He said the organizers never said anything about Saudi Arabia when they invited him.

He believed the trips were organized by other veterans, but that puzzled him, because this group spent money like no veterans group he’d ever worked with.

There were private hotel rooms, open bars, free dinners. Then, Garcia said, one of the organizers who had been drinking minibar champagne mentioned a Saudi prince.

“I said, ‘Oh, we were just used to give Trump money,’” Garcia said

Trump has defended Saudi Arabia recently, in part because he’s done millions of dollars worth of business there.