ELECTION 2020: Bernie Sanders Says The Boston Marathon Bomber Should Have Right To Vote 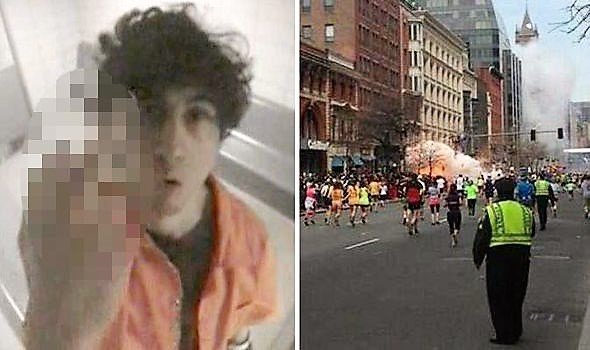 Sen. Bernie Sanders (I-VT) argued today that all prisoners, including domestic terrorists like the Boston Marathon bomber, should have the right to vote while they are incarcerated.

Speaking at a CNN town hall, Sanders was asked if he believes the right to vote should extend to serious criminals, such as Boston Marathon bomber Dzhokhar Tsarnaev, who is in prison and has been sentenced to death.

“If somebody commits a serious crime, sexual assault, murder, they’re going to be punished,” Sanders said. “They may be in jail 10 years, 20 years, 50 years, their whole life. That’s what happens when you commit a serious crime. But I think the right to vote is inherent to our democracy. Yes, even for terrible people, because once you start chipping away … you’re running down a slippery slope … I believe even if they are in jail, they’re paying the price to society, that should not take away their inherent American right to participate in our democracy.”

Earlier this month, Sanders called for more states to join Vermont and Maine in allowing imprisoned felons to vote.

CNN host Chris Cuomo told Sanders he might be writing an opposition ad against himself by arguing that the Boston Marathon bomber should be able to vote from jail.

“I’ve written many 30-second opposition ads against myself in my life, this will be just another one,” Sanders said. “But look, this is what I believe. Do you believe in democracy? Do you believe every single American 18 years of age or older who is an American citizen should have the right to vote?”

“Once you start chipping away at that, that’s what our Republican governors are doing across the country, coming up with reasons that young people and people of color can’t vote. And I will do everything I can to resist that. This is a democracy, we have to expand that democracy.” 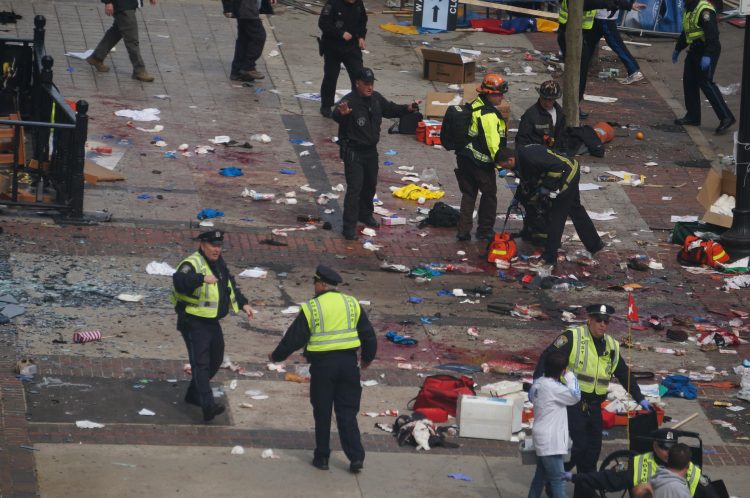 The aftermath of the horrific Boston Marathon bombing.

Tsarnaev was convicted and sentenced to the death penalty for helping carry out the 2013 attack, which killed three people and wounded more than 260 others.

A federal jury in 2015 found Tsarnaev guilty of placing a pair of homemade pressure-cooker bombs near the finish line of the world-renowned race on April 15, 2013, as well as fatally shooting a policeman three days later.

The same jury later found that Tsarnaev deserved execution for six of the 17 capital charges of which he was found guilty, which were related to the bomb he personally placed at the marathon’s finish line.

Tsarnaev’s attorneys admitted his involvement in the attack from the start of his trial, but argued that Tsarnaev, then 19, was a junior partner in a scheme hatched and run by his older brother.

The brother, Tamerlan, who was 26 at the time, died after a gunfight with police four days after the bombing, which ended when Dzhokhar Tsarnaev ran him over with a stolen car.