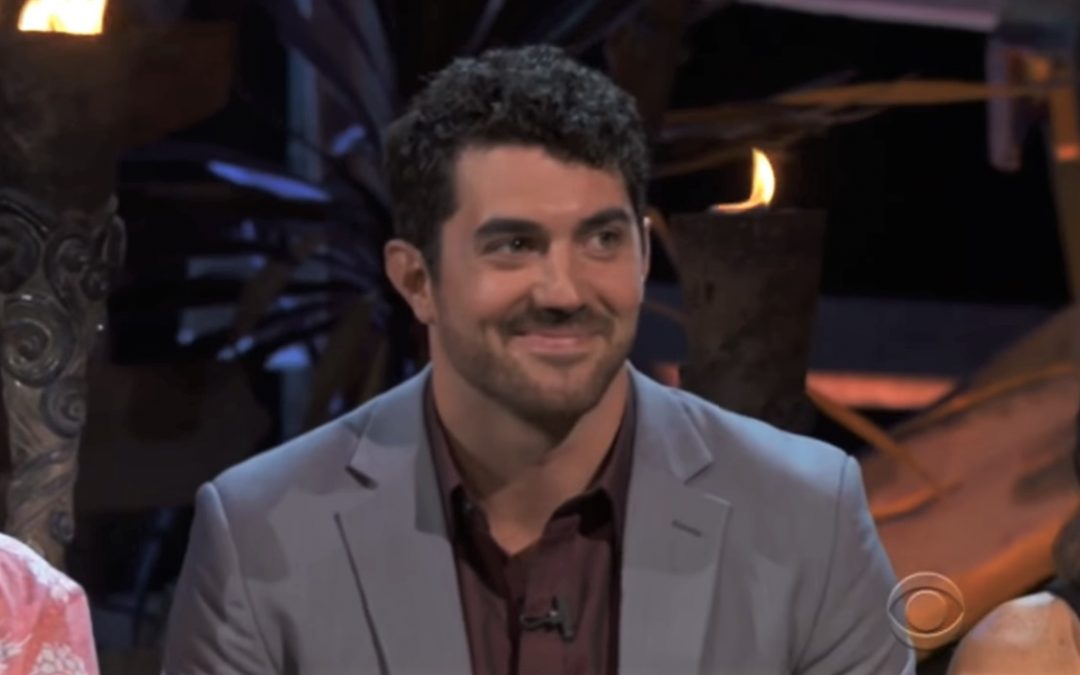 A new Survivor winner has been crowned, and he is the most unorthodox winner in the history of the show.

Chris Underwood only played 13 out of 39 days in the game, with the rest of his time being spent with the other people voted out on Edge of Extinction.

But he is now holding a check for a million dollars as the winner of season 38.

He is also the first reality TV champion from the Grand Strand.

Underwood, 25, is a Surfside Beach native who attended high school at Christian Academy of Myrtle Beach.

Underwood, who left the Myrtle Beach area to attend Wofford College, said his years as a youth on the Grand Strand helped mold him into someone who’d be fit for Survivor.

He is a surfer, and became a dive master while working for his uncle’s company, Coastal Scuba and Little River Fishing Fleet.

He said his love for Survivor goes way back.

His father is from Panama, and the fact it was a location of one of the early seasons led to what became a family tradition when he was young.

Todd Underwood said this isn’t the first time his son had auditioned to get on the show.

“He made it quite far previously, so we had to keep that quiet as well, but it’s just, it’s neat for him to just be able to pursue it over and over again and finally get his childhood dream to come true,” said Underwood.

Swung for the fences. Nothing more, nothing less…

To everyone who picked me as their winner in their Survivor pool, thanks for hanging in there with me@cbstweet #survivor #edgeofextinction… https://t.co/wTZi8rVle5

Underwood was the third person voted out of the game, when his allies turned on him at Manu.

In past seasons that would have been the end of his game.

But after 28 days on the Edge of Extinction, he returned to the game and made a flurry of big moves in the final days to pad his thin résumé.

He convinced Lauren O’Connell to play a hidden immunity idol on him.

Then he gave half of an idol he received upon reentering the game to Rick Devens, who then gave it back to him to play at the final 5.

He won the final immunity challenge, but gave up that immunity to take on (and defeat) Devens in a fire-making competition to send the biggest threat out of the game.

Devens, who works for right-wing Sinclair Broadcasting, had become the odds-on favorite to win.

In the end, the jury respected the late-game moves — no doubt contrasted against the lack of big plays by fellow finalists Gavin Whitson and Julie Rosenberg — and awarded Underwood the title of Sole Survivor and the million-dollar prize that goes along with it.

It is sure to be a move debated by Survivor fans for years to come as Underwood, who only played a third of the game’s 39 days, becomes the first player to ever win the game after being voted out.

“I just got married a few weeks ago, so I’ve always had a dream to take a little time and travel and actually get a sail boat and live on that with my wife,” Underwood said. “It’s kind of a crazy dream, but so is winning Survivor, so the sky’s the limit,” he said. “I’ll definitely put some to savings because I want to have a family someday, so I’ll have some money in the bank. But it’s such an incredible opportunity and I’m really just really happy. I’m just really happy.”

Underwood said on Facebook he and his wife will soon be leaving Greenville, South Carolina and moving to Chicago.