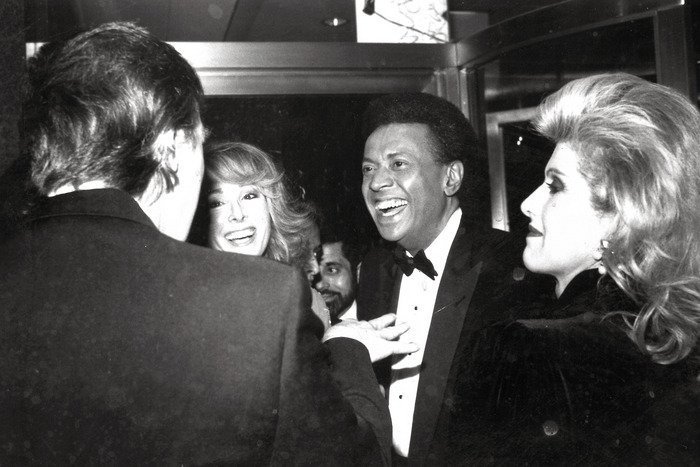 One of America’s best known advice columnists claims she was raped by Donald Trump inside a dressing room at Bergdorf Goodman in the mid-90s.

E Jean Carroll, now 75, whose advice column has appeared in Elle for the past 26 years, alleges she was sexually assaulted by Trump in her new book What Do We Need Men For? A Modest Proposal.

She has shared the story with New York and in doing so becomes the 16th woman to accuse Trump of sexual misconduct.

She appears on the magazine’s cover in the very same coat dress that she claims she was wearing on that day in the Fall of 1995 or Spring of 1996 when a chance encounter with Trump allegedly turned into a sexual assault. 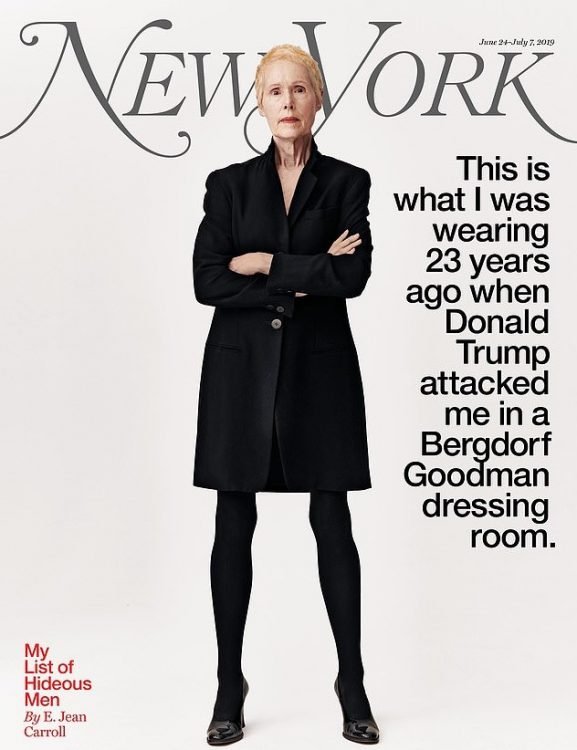 Trump allegedly shoved Carroll against a wall, unzipped his pants and forcibly penetrated her in an attack she claims lasted three minutes.

Trump would have been married to Marla Maples at the time, and had recently welcomed a fourth child in 1993, daughter Tiffany.

Carroll claims she was on her way out of the store when Trump asked her for help with a gift and guided her towards the lingerie department.

She also notes that he looked handsome on the day in question, writing: ‘I am surprised at how good-looking he is. We’ve met once before, and perhaps it is the dusky light but he looks prettier than ever.’

Carroll was doing a daily talk show called Ask E Jean at the time for Ailes’ America’s Talking cable network, which is how she drew Trump’s attention.

‘Hey, you’re that advice lady!’ said Trump according to Carroll.

That was allegedly followed by a request from the real estate developer, whose Trump Tower is located just one block south of Bergdorf Goodman.

‘Come advise me. I gotta buy a present,’ said Trump according to Carroll, who tried to point out a few ideas in the store’s main foyer. 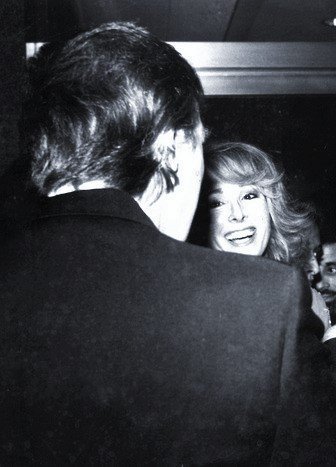 When they were all dismissed by Trump, she asked the age of the woman he was shopping for, prompting him to ask her the same question.

She was 52 at the time, two years older than Trump, and when she told him he allegedly started laughing and said: ‘You’re so old.’

He then said ‘lingerie’, according to Carroll, and the pair headed upstairs to that department.

Once there, Carroll claims she tried to diffuse repeated attempts to get her to model one of the wears by suggesting Trump try them on in a nearby dressing room.

It was when they went to one of those rooms that the alleged assault took place.

‘The moment the dressing-room door is closed, he lunges at me, pushes me against the wall, hitting my head quite badly, and puts his mouth against my lips. I am so shocked I shove him back and start laughing again,’ writes Carroll.

‘He seizes both my arms and pushes me up against the wall a second time, and, as I become aware of how large he is, he holds me against the wall with his shoulder and jams his hand under my coat dress and pulls down my tights.’

She continues: ‘I am astonished by what I’m about to write: I keep laughing. The next moment, still wearing correct business attire, shirt, tie, suit jacket, overcoat, he opens the overcoat, unzips his pants, and, forcing his fingers around my private area, thrusts his penis halfway — or completely, I’m not certain — inside me.’

Carroll claims that she fought off Trump before she was able to flee from the dressing room and out of the store.

She did not report the alleged assault to police, but did tell two friends she said, and has kept the dress ever since.

The first, who is not named but is described as a ‘a journalist, magazine writer, correspondent on the TV morning shows, author of many books,’ said: ‘He raped you. He raped you. Go to the police! I’ll go with you. We’ll go together.’

The second, a New York anchor woman, responded: ‘Tell no one. Forget it! He has 200 lawyers. He’ll bury you.’

New York spoke with those friends, and noted that ‘both still remember the incident clearly and confirmed their accounts.’

The White House responded to Carroll’s allegations by stating: ‘This is a completely false and unrealistic story surfacing 25 years after allegedly taking place and was created simply to make the President look bad.’

A heated Trump later expounded on this statement with his own remarks this afternoon.

‘I’ve never met this person in my life. She is trying to sell a new book—that should indicate her motivation. It should be sold in the fiction section,’ said Trump.

‘Shame on those who make up false stories of assault to try to get publicity for themselves, or sell a book, or carry out a political agenda.’

He went on to note the lack of evidence, specifically that there were no eyewitnesses or video footage of the alleged assault.

Trump closed out with a request.

‘If anyone has information that the Democratic Party is working with Ms. Carroll or New York Magazine, please notify us as soon as possible,’ he said.

‘The world should know what’s really going on. It is a disgrace and people should pay dearly for such false accusations.’