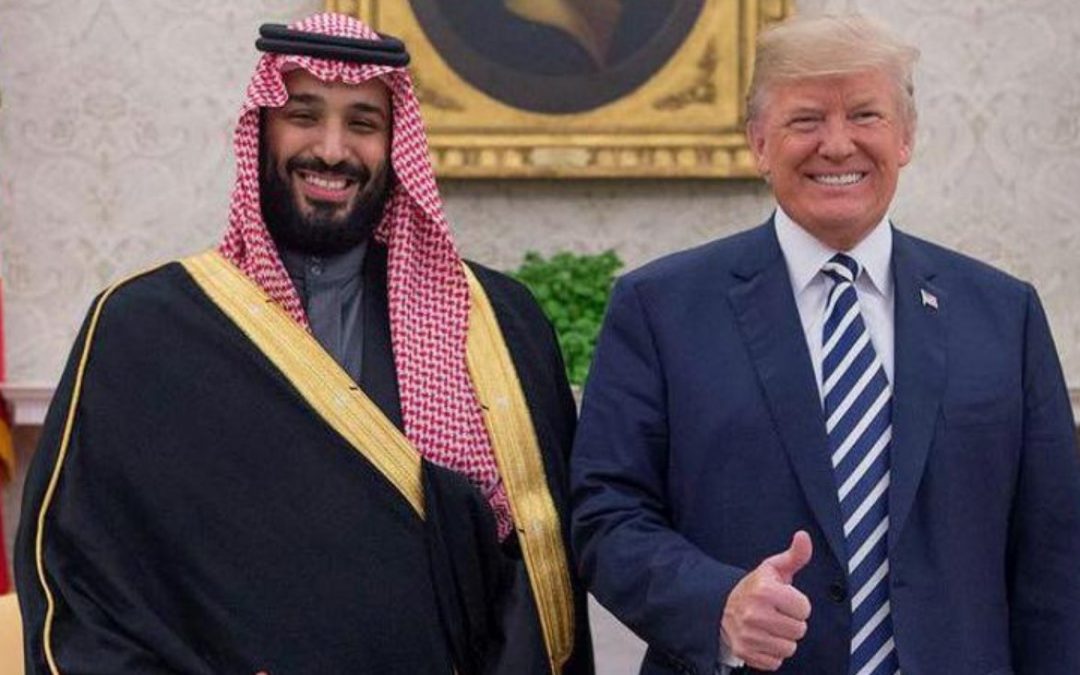 The news is the latest outrage for Congress, which has grown increasingly frustrated with the Saudis and especially President Trump’s defense of the kingdom after its war in Yemen and Khashoggi’s brutal slaying by Saudi agents inside its consulate in Istanbul.

In particular, lawmakers have expressed concern about Saudi Arabia’s pursuit of nuclear weapons and a lack of oversight on these agreements.

But much of the ire also is focused on the Trump administration for moving ahead on high-level deals with the Saudis after a U.S. resident was murdered.

“The alarming realization that the Trump administration signed off on sharing our nuclear know-how with the Saudi regime after it brutally murdered an American resident adds to a disturbing pattern of behavior,” Sen. Tim Kaine, D-Va., said in a statement that condemned “President Trump’s eagerness to give the Saudis anything they want, over bipartisan congressional objection.”

These authorizations, known as Part 810s, are required for U.S. companies to export nuclear technology or to help develop nuclear facilities or material in foreign countries.

Under Secretary of Energy Rick Perry, the Energy Department has approved seven such agreements, with the first inked in December 2017.

While they’re often open to public review, none of these seven have been.

The administration said that’s at the request of the companies involved in order to protect trade secrets, but it’s unclear what trade secrets would be exposed by at least notifying Congress of deals’ existence and agreement dates.

The first deal approved after Khashoggi’s killing was a little over two weeks after he went into the Saudi consulate and just one day before the Saudis admitted he was dead.

At that point, the Trump administration was urging caution, and Secretary of State Mike Pompeo called for a “complete investigation” into his “disappearance.”

In response, however, Trump reiterated his support for the relationship, and Pompeo dismissed congressional concern as “Capitol Hill caterwauling” and a “media pile-on.”

Meanwhile, senators from both sides of the aisle said today they planned to block U.S. arms sales to Saudi Arabia and other Arab states in a bipartisan rebuke of President Trump, saying they had to act to safeguard Congress’s right to review weapons deals.

The announcement from the bipartisan group of senators was the first response from Congress after the Trump administration bypassed lawmakers on May 24 to push through more than $8 billion worth of arms deals to Saudi Arabia, the United Arab Emirates and Jordan.

But Secretary of State Mike Pompeo declared a national security “emergency” to push through the package without congressional approval, citing what he called an urgent threat posed by Iran.

The senators are introducing 22 separate joint resolutions of disapproval for each of the sales, setting up a possible confrontation with Trump that could play out in coming months.

If the resolutions are adopted and Trump vetoes the measures, Congress would have to secure a two-thirds majority to override a presidential veto.

Also today, a senior State Department official left the Trump administration after helping develop a plan that steered billions of dollars to the defense firm he once lobbied for, according to the Wall Street Journal.

Charles Faulkner, a former lobbyist for Raytheon Co., was part of a move by the Trump administration to bypass congressional review and fast-track $8 billion in arms sales to the United Arab Emirates and Saudi Arabia, according to the WSJ, citing current and former U.S. officials.

Faulkner left his post as a deputy assistant secretary at the State Department after playing a role in efforts leading to the emergency declaration.

The declaration had led to concerns in Congress about whether Faulkner had violated ethics rules by contributing to the declaration, which allowed Raytheon to sell $2 billion of precision-guided missiles to the UAE and Saudi Arabia.

The House Foreign Affairs Committee plans to hold a hearing next Wednesday regarding the emergency declaration, with Faulkner’s part in it expected to come up in the questioning.

Trump has defended Saudi Arabia because he’s done millions of dollars worth of business there.