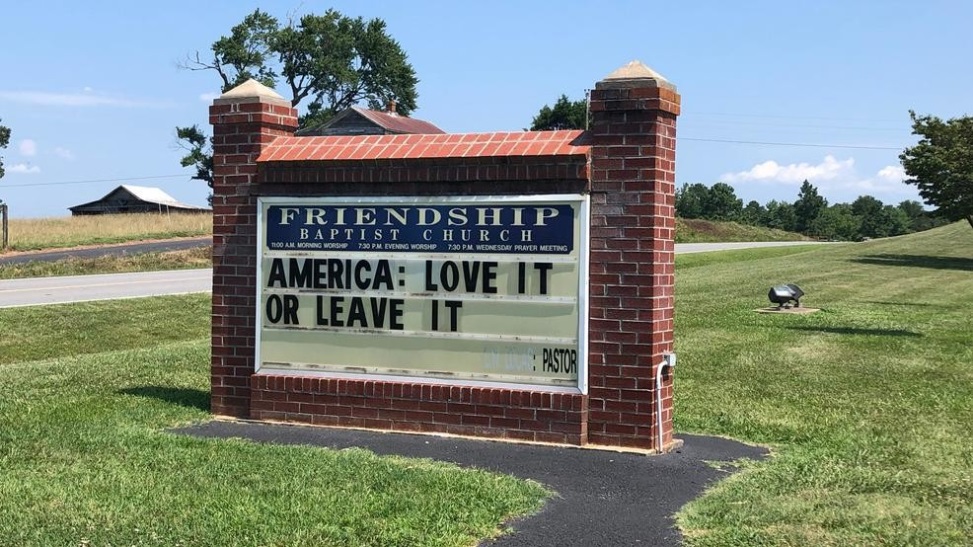 After President Trump’s controversial comments about the “Squad” last week, where he said that if someone doesn’t want to be in the country they should leave, a Virginia church’s sign went viral for its message.

“America: love or leave it,” read the sign at Friendship Baptist Church sign in Appomattox, Va., to preview Sunday’s message.

The sign drew national support and condemnation throughout the week but during the church’s Sunday School, some congregants staged a walkout, WSET-TV reported.

Last week, Pastor E. W. Lucas, who put up the sign after Trump’s tweet, told the local station people upset with Trump’s comments “ought to go over there and live in these other countries for a little while.” 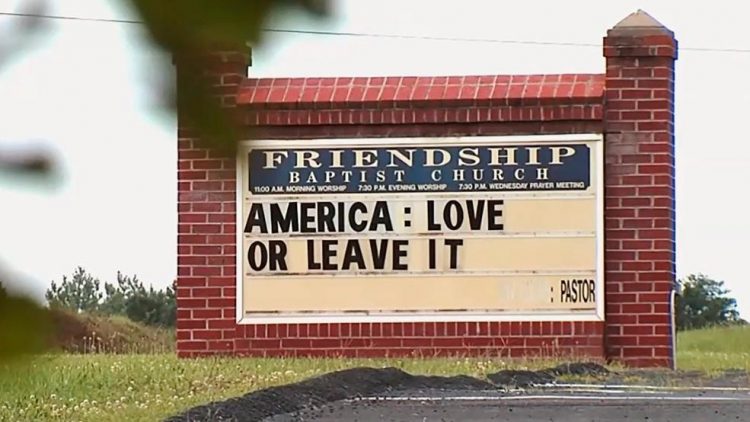 Shannon Watts, founder of Moms Demand Action, and Jon Cooper, chairman of the Democratic Coalition, as well as others, compared the sign to a black and white image of a KKK billboard that reads “This is Klan Country ‘Love it or Leave it.”

Lucas’ supporters said the sign is as simple as the message itself.

Lucas has doubled down on his message and said he wanted to keep the sign up longer because of the support he has received.

But he apparently did not receive full support from his congregation.

WSET reported that on Sunday the 11 a.m. service was empty and some members were leading others out during service.

In many of America’s workplaces and institutions, the same language would be unacceptable and possibly illegal.

The Equal Employment Opportunity Commission, which enforces federal laws against workplace bias, explicitly cites comments like “go back to where you came from” as examples of “potentially unlawful conduct.”

Similar phrases routinely show up in lawsuits that the EEOC files against employers alleging discrimination, harassment or retaliation based on race or national origin.