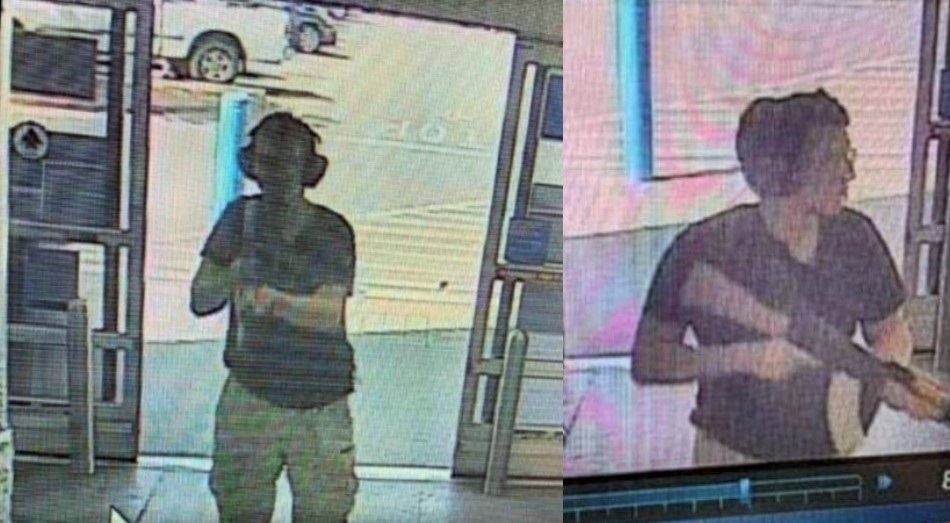 A gunman wearing ear protection and carrying an assault rife opened fire inside a Walmart this morning, killing 20 innocent people, according to eyewitnesses and officials.

Dozens more have been injured, some in critical condition.

Congresswoman Veronica Escobar described the number of victims as “shocking.”

A video on Twitter appeared to show multiple people lying dead in the Walmart parking lot.

Two people appeared to lie dead near a truck near the front of Walmart, a shopping cart between their bodies.

A man appeared to lie dead just outside Walmart.

A 4-month-old child is among those who were shot according to CBS News.

A 21 year old suspect is in custody and has been identified as Patrick Crusius of Dallas. 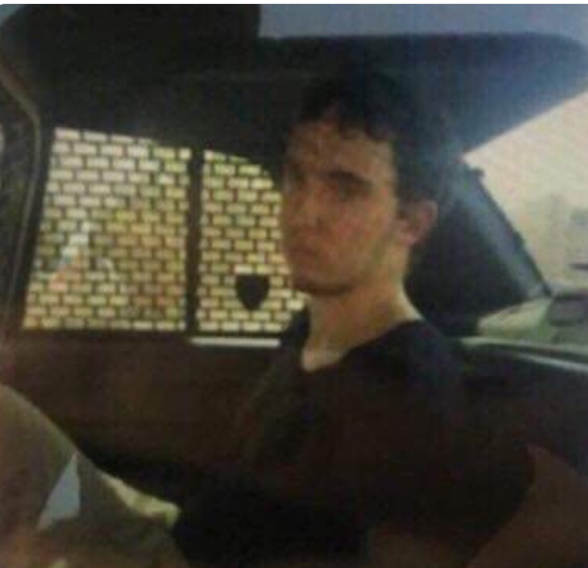 The FBI is examining a manifesto that referenced the Christchurch shooting and indicated the “attack is a response to the Hispanic invasion of Texas.”

Reporter Scott Stedman has tweeted that the FBI has told him that the manifesto had been circulating on 8Chan.

8Chan is a controversial message board that has been described as “the home of the most vitriolic content on the internet.”

Stedman has read it and says the manifesto is “4 pages long. It is vile, references white supremacist literature and is filled with seething hatred towards Hispanics and immigrants.”

This is the gun the alleged shooter says he used in his alleged manifesto. WASR-10, the civilian version of the AK-47. pic.twitter.com/KT0K0Y5cmh

The alleged shooter also uploaded a letter sent to him by his college.

The letter says that they were investigating a report of the student being drunk in class, as reported by his professor.

Local and federal law enforcement descended on Cielo Vista Mall where SWAT officers and FBI agents rushed to seal off the area on the city’s east side.

Ambulances and more than 30 EMTs waited on the perimeter.

The shooting started around 11 a.m.

A woman named Karina said she was driving in the parking lot with her 7-year-old daughter when she saw a white man in his twenties in front of the store’s main entrance, dressed in all black and carrying a long rifle.

Karina said she heard what sounded like “balloons popping” and saw the gunman shoot another man at “point-blank” range.

Miguel Rodriguez said he was was shopping for a toy for his 7-year-old son when he heard gunshots and ducked to the ground.

He said a person “started shooting everyone, aisle by aisle, with rage.”

Britney, 19, was with her 16-year-old brother and her mother in the store’s underwear aisle when she heard shooting.

The family dropped to the ground. Then Britney said she grabbed her mother and brother’s hands and they ran out of the store.

A local reporter, Rocco Aloe, reported a little boy told him his mom was killed.

Reporting from outside the #Walmart in #ElPaso, our @Garrett_FoxNews on a conversation he had minutes ago with a young boy: “My mom is dead.” Boy reported seeing people lying dead on the ground.

“Truly heartbreaking,” he wrote in a tweet. “Please follow all directions of emergency personnel as we continue to get more updates.

Walmart issued a statement as well:

“We’re in shock over the tragic events at Cielo Vista Mall in El Paso, where store 2201 & club 6502 are located,” the retailer said. “We’re praying for the victims, the community & our associates, as well as the first responders. We’re working closely with law enforcement & will update as appropriate.”

“Terrible shootings in El Paso, Texas,” President Trump tweeted this afternoon. “Reports are very bad, many killed. Working with State and Local authorities, and Law Enforcement. Spoke to Governor to pledge total support of Federal Government. God be with you all!”