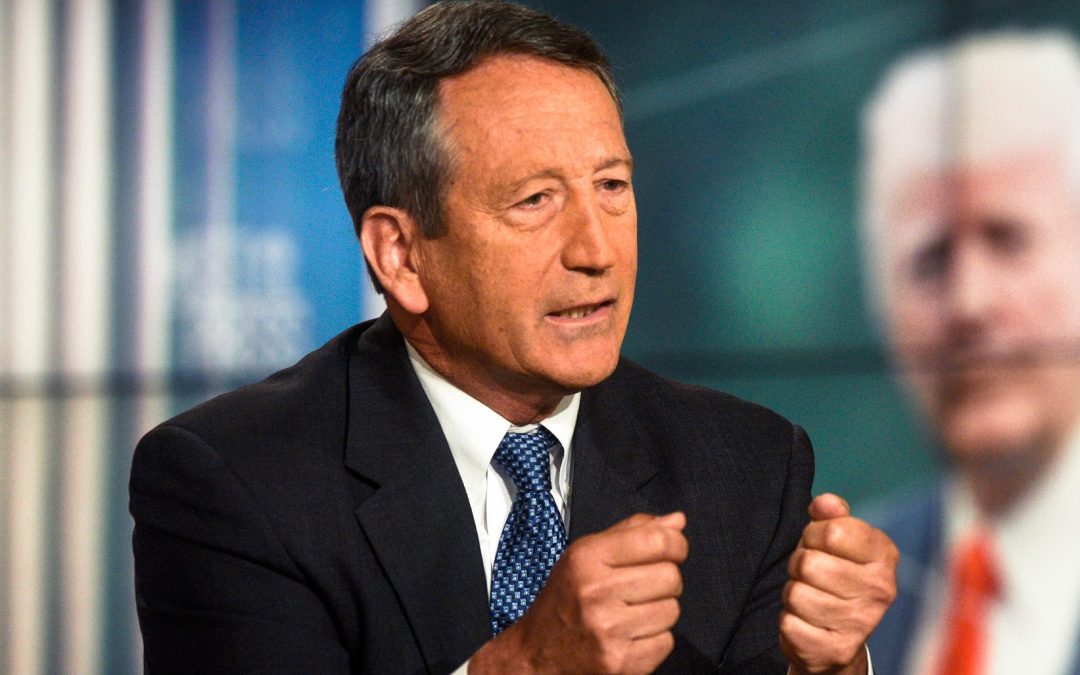 “I think we need to have a conversation on what it means to be a Republican,” Sanford added. “As a Republican Party, we have lost our way.”

The former governor also said he was particularly concerned about the debt and deficit spending.

“We have got to have a national conversation and a Republican conversation on where are we going on debt and deficit,” he said.

When host Chris Wallace told Sanford that he “basically” has “no chance” of defeating Trump, the candidate replied, “I think you probably would have said that same thing to Donald Trump just a matter of months ago as he faced the likes of Jeb Bush and others.”

Pressed on whether he believed he had a real chance in 2020, Sanford said, “You never know.”

“Let’s go out and force or try and create a conversation on that which is not being talked about in this presidential cycle,” he added.

Wallace also questioned Sanford about an extramarital affair that caused a scandal while he was governor.

“I learned a level of humility, a level of empathy that I didn’t have before,” Sanford said. “It is something of great regret. It’s something I’ve apologized extensively for.”

“In contrast to the president, where he says there’s not a single thing that he sort of regrets or apologizes for, I profoundly apologize for that,” he added.

Trump has also been accused of having affairs, notably with adult film actress Stormy Daniels.

Sanford said last week that he was focused on Hurricane Dorian would wait until after the storm had passed to announce his decision on a White House bid.

He previously said he would give himself until Labor Day to make a choice.

Since announcing his potential White House bid, the former lawmaker has visited New Hampshire and Iowa, causing further speculation that he would launch a campaign.

Sanford could face an uphill battle. The Republican parties in Kansas and Sanford’s home state of South Carolina on Saturday voted to cancel their GOP primaries.

The president also has continued to have support from most Republicans. A recent Morning Consult poll found that 85 percent of them approved of him.