Are They Here? Navy Confirms 3 UFO Incidents – “Definitive Conclusion” About Existence Of Aliens Could Be Near 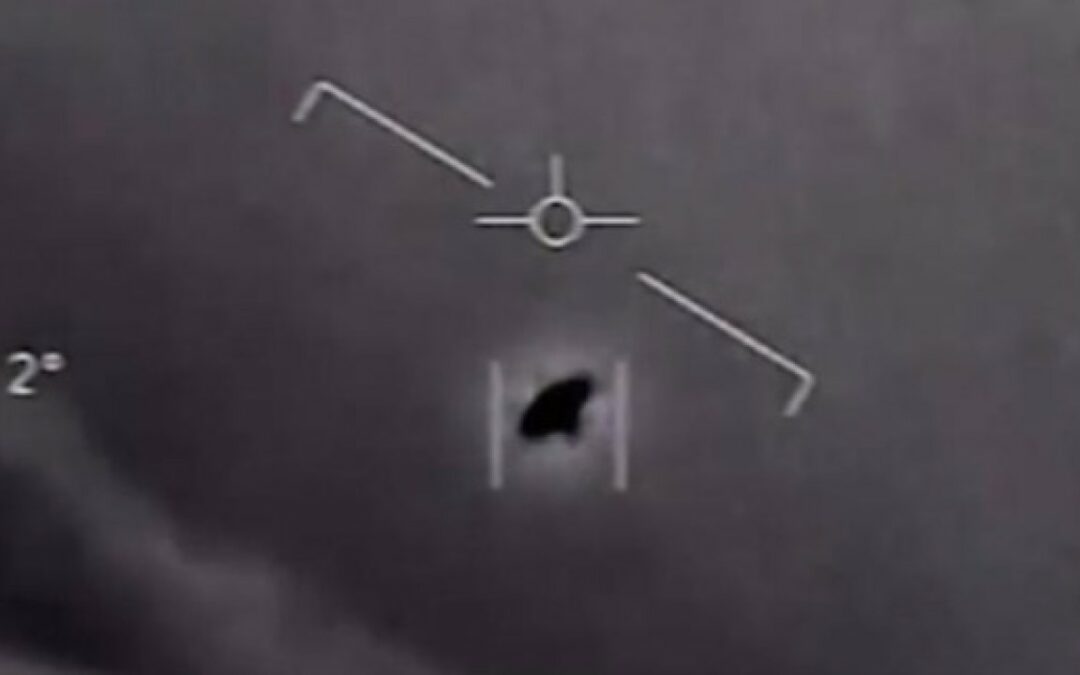 A Navy official says three reported incidents depicting unidentified flying objects (UFOs), including one near San Diego in 2004, are real.

Gradisher went on to say while the videos were declassified, they were never cleared for public release.

The videos were posted for the public in December 2017 by the New York Times and To The Stars Academy of Arts and Sciences, a group that researches UFOs co-founded by the Poway native and former Blink 182 member Tom DeLonge.

Navy Commander David Fravor told reporters he was piloting the FA-18 that captured the incident during a Navy training mission.

“I have never seen anything in my life that has the performance, the acceleration. Keep in mind this thing had no wings,” Fravor said of the 2004 incident. “It’s moving around, left, right, forward, back. The radar starts being jammed. All of a sudden it takes off.”

“GoFast” reportedly took place in 2015. It shows a camera and sensor aboard a Navy F/A-18 Super Hornet jet track a fast-moving object, before pilots lock onto it.

“Whoa, we got it!” exclaims one pilot. Another pilot asks, “Wow, what is that, man? Look at that flying!”

“Our company over the last year and a half has actually obtained quite a bit of material,: Luis Elizondo of To The Stars Academy of Arts and Science told Fox News yesterday.

Elizondo is a former Pentagon employee who worked as under secretary of defense for intelligence.

He resigned from his job after he says that his bosses prevented him from further pursuing research into ‘unusual aerial systems.’

Elizondo joined To the Stars, where he works as director of global security and special programs.

Elizondo said that his organization is getting closer to a more definitive conclusion as to the nature of the strange phenomena.

“Some of that material — its providence is frankly hearsay, while other providence of some of this material has been substantiated,” he said.

The findings will be put through a rigorous peer-reviewed ‘scientific process,’ he said.

Elizondo was most likely referring to material that is believed to have come from an alien spaceship.

Tom DeLonge, the former front man for rock group Blink-182, co-founded To The Stars Academy of Arts and Science.

Last week, a spokesperson for To The Stars told the New York Times its newest discovery is ‘exotic material samples from UFOs,’ declining to comment further.

DeLonge himself has posted photos of the flat stony objects on his Instagram page along with comments from himself and a To The Stars Academy official.

‘The structure and composition of these materials are not from any known existing military or commercial application,’ Steve Justice, former head of Advanced Systems at Lockheed Martin’s ‘Skunk Works’ who now leads To the Stars’ Technology and Aerospace team, said of the find, according to DeLong.

‘We currently have multiple material samples being analyzed by contracted laboratories and have plans to extend the scope of this study,’ he added. 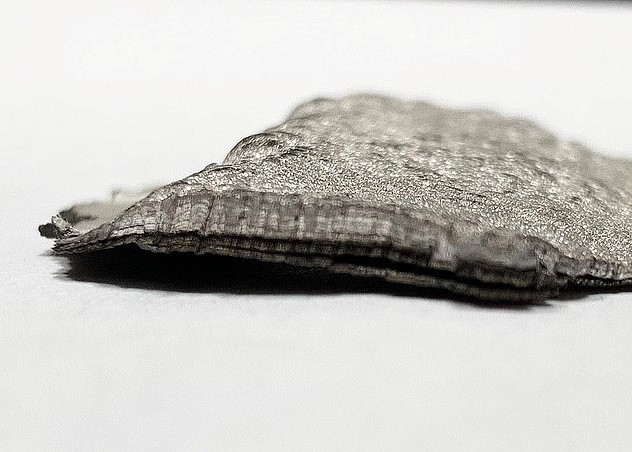 DeLonge first announced the Academy’s discovery in a July 25 Instagram post, telling his followers they believe the material came from an ‘Unidentified Aerial Vehicle.’

‘We have been able to establish that the material shows highly advanced anomalous engineering capabilities,’ the singer wrote. ‘This acquisition will allow us to expand the scope of our ADAM Research Project and accelerate R&D that could lead to numerous aerospace and engineering breakthroughs.’

At least some of the material obtained by To The Stars, ‘shows distortion and damage that appears to be caused by exposure to very high temperatures, but did not burn,’ according to Justice.

‘We have some very strategic plans to help turn the science of these pieces into advanced capabilities,’ the researcher was quoted saying in another of DeLong’es recent IG posts.

‘Wave Guides, mass reduction, all new meta-materials, and many more potentials are within view of new studies, some of which are already happening, and more studies we are planning.’

Last month, the United States Navy confirmed that spectacular footage released in 2017 that appears to show ‘unexplained aerial phenomena’ is authentic, but that the footage was never meant to be made public.

The clips were first published by The New York Times in December of that year and were recorded by Department of Defense officials on two separate occasions.

One clip was recorded near San Diego, California back in 2004, while a second video was captured off the coast of Jacksonville, Florida in 2015.

Several months after those videos were published, To The Stars Academy released an additional video from the 2015 incident, which features a navy pilot remarking: ‘What the f**k is that thing?’

The Navy last month confirmed the authenticity of the videos for the first time.