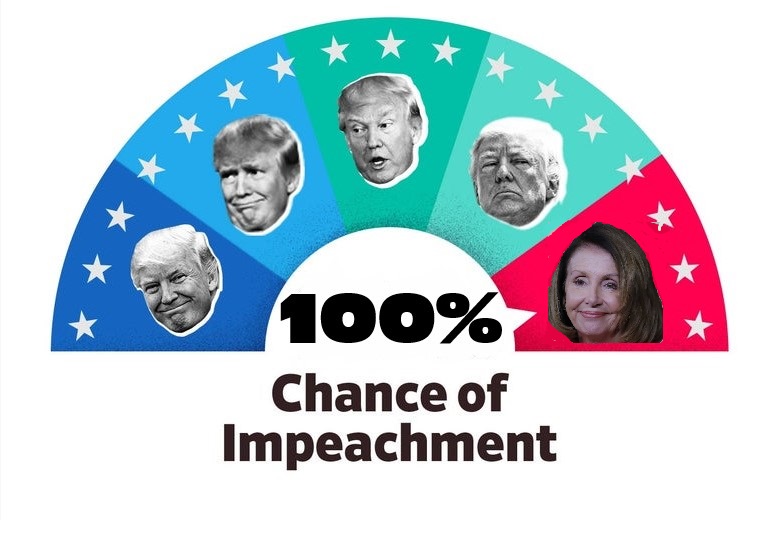 They say nothing is certain in life except death and taxes, but after the testimony of Donald Trump’s top envoy to the Ukraine today, you can add impeachment to the list.

The opening statement from Bill Taylor, the acting US ambassador to Ukraine, to the House impeachment inquiry this morning solicited “sighs and gasps.”

Rep. Andy Levin (D-MI) said: “All I have to say is that in my 10 short months in Congress – it’s not even noon, right – and this is my most disturbing day in Congress so far. Very troubling.”

For Democrats, the Articles of Impeachment have already written themselves.

It’s remarkable how fast it has gotten off the ground.

You can see how quickly the Ukraine phone call came out of nowhere to become the all-consuming impeachment topic — way faster than the impeachment inquiries into Richard Nixon and Bill Clinton. 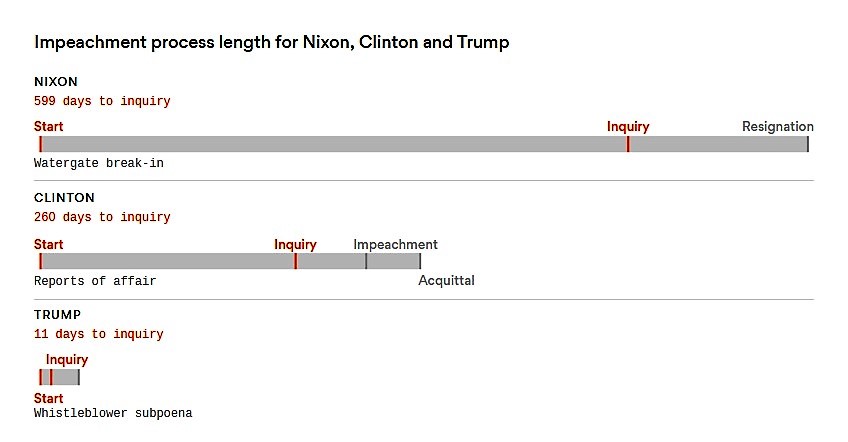 It was more than a year and a half between the Watergate break-in (June 17, 1972) and the House vote to authorize the impeachment inquiry into Nixon (Feb. 6, 1974).

Nixon resigned about six months later, in the face of certain impeachment and near-certain conviction and removal by the Senate.

It took nearly nine months between the first Washington Post report of an affair between Bill Clinton and Monica Lewinsky (Jan. 21, 1998) and the House vote that authorized his impeachment inquiry (Oct. 8, 1998.)

Now look at the Trump timeline:

It was less than a month and a half ago — Sept. 13 — when House Intelligence Committee Chairman Adam Schiff announced he had issued a subpoena to acting Director of National Intelligence Joseph Maguire for a whistleblower complaint that the Intelligence Community Inspector General “determined to be credible and a matter of ‘urgent concern.”

Testimony confirming quid-pro-quo is making it extremely easy for Democrats to put impeachment on a fast track.

It’s not just in Washington where the mood for impeachment is growing.

Oddsmakers also believe Trump is about to follow in the footsteps of Bill Clinton.

The popular betting website PredictIt saw its odds of Trump’s impeachment in the House soar today, rising as high as $0.62 for a “yes” call.

Pelosi is eyeing an impeachment vote for December, before Members return home for the holidays.