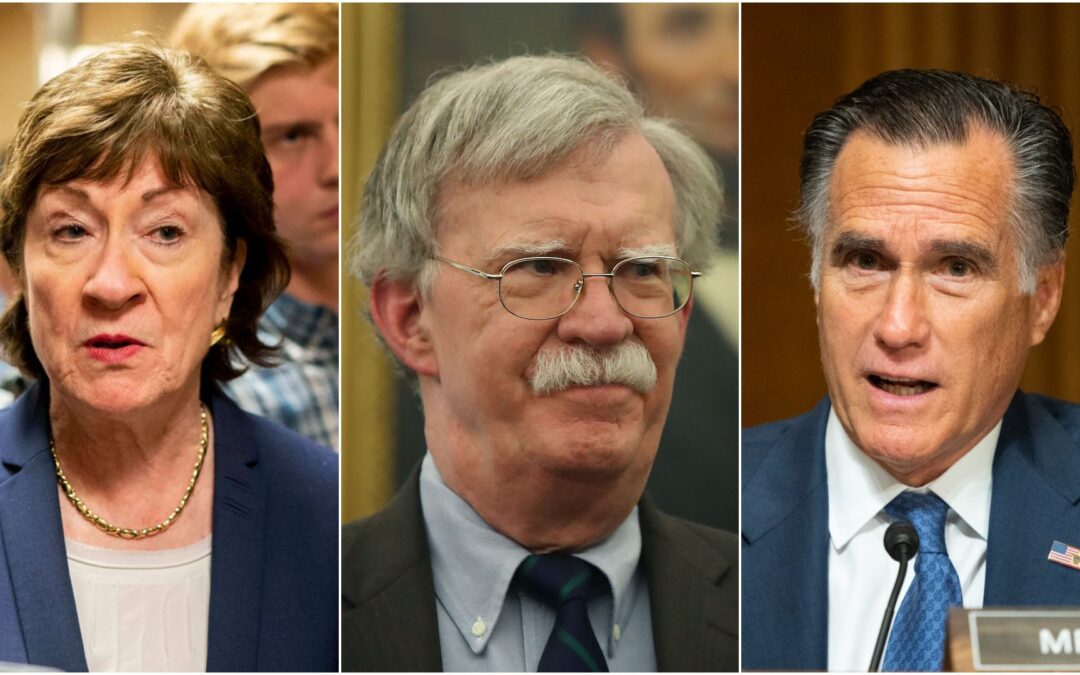 The phrase “75% of Americans” began trending across the United States this afternoon after a new nationwide poll showed an overwhelming majority of American voters in support of hearing from witnesses in the Senate impeachment trial of President Trump.

Respondents answered along party lines, with 49 percent of self-identified Republicans, 95 percent of Democrats and 75 percent of independents saying there should be witnesses.

It comes as Republicans and Democrats continue their battle over whether to allow sworn testimony as the parties gear up this week to settle the dispute.

The impeachment proceedings against Trump are now two weeks in, and some GOP senators such as Sens. Mitt Romney (Utah) and Susan Collins (Maine) seem to be warming to the idea of having Bolton testify.

“There may be heated debate among lawmakers about whether witnesses should testify at the impeachment trial of President Trump, but it’s a different story outside the Beltway,” Quinnipiac University Poll analyst Mary Snow said. “Three-quarters of American voters say witnesses should be allowed to testify, and that includes nearly half of Republican voters.”

Despite the overwhelming call for witness testimony, those surveyed remained narrowly divided on the question of whether the Senate should remove Trump from office, with 48 percent saying they should not, and 47 percent say they should.

“If John Bolton says that in the book, I believe John Bolton,” Kelly said.

He added that “John’s an honest guy. He’s a man of integrity and great character, so we’ll see what happens.”

Leaders of the Republican party, who have been pushing for a fast trial and acquittal, and Trump’s defense attorneys came under additional pressure in recent days after revelations from Bolton’s upcoming book further highlighted the importance of witnesses.

In his memoirs, the former national security adviser reportedly claims Trump told him in August that he wanted to continue withholding $391 million in military assistance to Ukraine until its officials agreed to help investigate his Democratic rivals, including the family of former Vice President Joe Biden.

If true, the account challenges assertions of no quid pro quo made by Trump’s legal team.

Bolton has indicated to lawmakers that he will testify if needed, despite the president’s order banning his aides from cooperating in the impeachment proceedings, which he has repeatedly dismissed as a “witch hunt” and “hoax.”

Tens of thousands of Americans took to Twitter to weigh in on whether Bolton and other witnesses should be called to testify, with many users condemning Republican senators for ignoring the majority of voters who believe it would be best for the trial.

Others noted the rarity of getting three quarters of voters to agree on anything.

As of this afternoon, “75% of Americans” rose to the fourth most-trending topic on the social media platform in the United States.