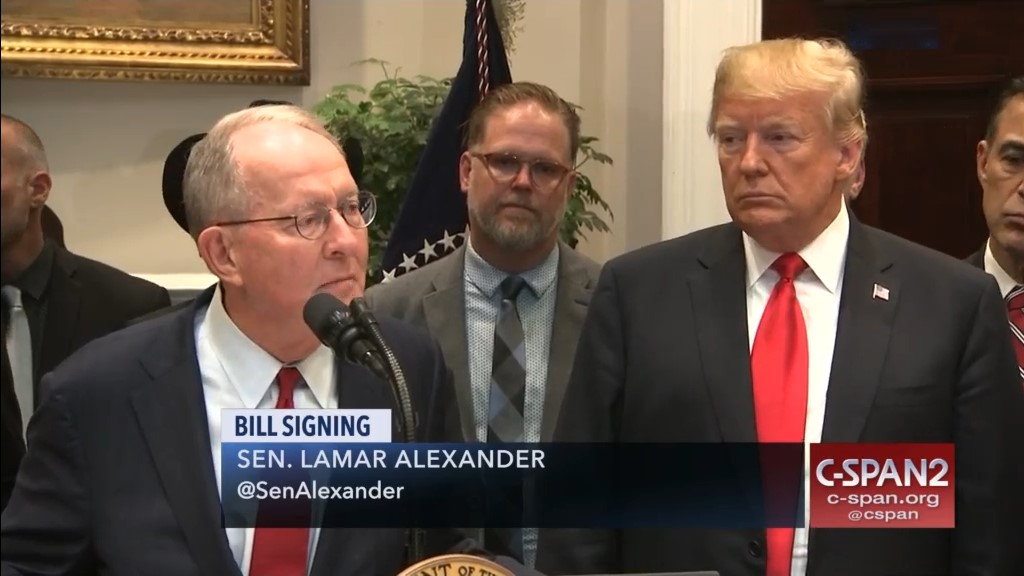 A key swing-vote Republican senator agrees with Democrats that President Trump’s move to withhold military aid in exchange for an investigation into Joe Biden was wrong, but will not support calling any witnesses in the senate trial.

Alexander, 79, revealed his opinion in a statement late Thursday night that admitted Trump’s actions were ‘inappropriate,’ but there is ‘no need for more evidence to prove something that has already been proven.’

‘It was inappropriate for the president to ask a foreign leader to investigate his political opponent and to withhold United States aid to encourage that investigation,’ Alexander said.

‘When elected officials inappropriately interfere with such investigations, it undermines the principle of equal justice under the law. But the Constitution does not give the Senate the power to remove the president from office and ban him from this year’s ballot simply for actions that are inappropriate,’ he continued.

I worked with other senators to make sure that we have the right to ask for more documents and witnesses, but there is no need for more evidence to prove something that has already been proven and that does not meet the United States Constitution’s high bar for an impeachable offense,’ he noted.

‘There is no need to consider further the frivolous second article of impeachment that would remove the president for asserting his constitutional prerogative to protect confidential conversations with his close advisers.’

‘The framers believed that there should never, ever be a partisan impeachment. That is why the Constitution requires a 2/3 vote of the Senate for conviction. Yet not one House Republican voted for these articles. If this shallow, hurried and wholly partisan impeachment were to succeed, it would rip the country apart, pouring gasoline on the fire of cultural divisions that already exist.’

‘It would create the weapon of perpetual impeachment to be used against future presidents whenever the House of Representatives is of a different political party.’

‘Our founding documents provide for duly elected presidents who serve with ‘the consent of the governed,’ not at the pleasure of the United States Congress. Let the people decide.’

Alexander’s declaration come ahead of a final vote in the Senate on Trump on track to take place later today, where the Commander-in-Chief is expected to be acquitted by the Republican-controlled vote.

Republican Sen. Susan Collins broke away from her party colleagues and said she will vote to call witnesses, making her the first GOP lawmaker to agree with Democrats.

It’s unclear how Republican Senators Mitt Romney and Lisa Murkowski will vote, with the former saying he wants to hear from more witnesses.

But even if Romney and Murkowski dud vote yes that would make it a 50-50 vote regarding potential witnesses in in the Senate impeachment trial.

If the vote does end up divided straight down the middle, the decision would go to the presiding officer in the Senate, who is Chief Justice John Roberts.

Many legal experts agree that Roberts is very unlikely to break the tie in favor of witnesses.

While three presidents, including Trump, have been impeached, none have ever been convicted in the senate.