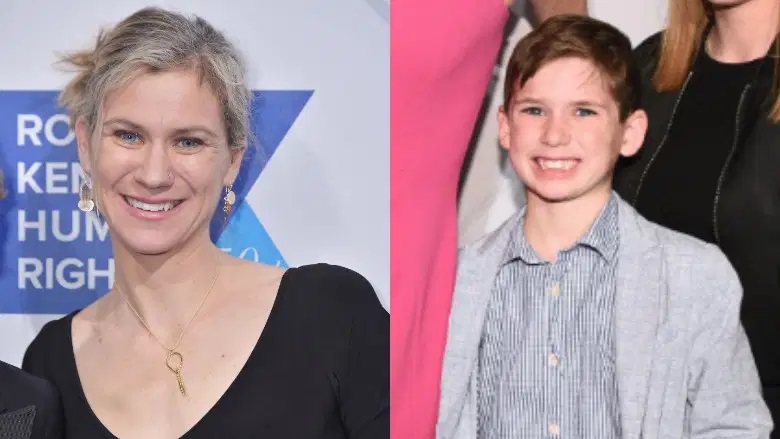 A grand-niece of President John F. Kennedy and her son drowned off the Maryland coast — with their bodies discovered today, about 24 hours after they went missing, authorities said.

Maeve Kennedy Townsend McKean, the granddaughter of Robert F. Kennedy, was at her mother’s home in Shady Side overlooking the Chesapeake Bay at 4 p.m. Thursday when she and her 8-year-old son, Gideon Joseph Kennedy McKean, hopped into a canoe.

The child had been kicking a ball with other kids when it fell into the water, and the pair went to retrieve it amid high winds, her husband, David McKean, told the paper.

“[They] popped into a canoe to chase it down. They just got farther out than they could handle, and couldn’t get back in,” David McKean said.

The pair was later sucked into the South River where they drowned, Gov. Larry Hogan said.

McKean, 40, was at the home of her mother, former Maryland Lt. Gov. Kathleen Kennedy Townsend, when she went missing.

A source close to McKean’s family, who is with the family now, said in a statement on behalf of the family: “At this time, our family asks for privacy and that everyone keep Maeve and Gideon in their prayers.”

The search started on Thursday afternoon after authorities responded to a report of two people on a canoe in the Chesapeake Bay who appeared to be overtaken by strong winds.

Authorities said the pair were paddling the canoe from their home in Shady Side to retrieve a ball but couldn’t paddle back to shore.

An overturned canoe matching the one used by the mother and son was found later on Thursday night.

Maeve McKean had recently tweeted out a picture of her son and a comment about the ongoing pandemic:

The Kennedy family has a long history of tragic incidents.

Robert F. Kennedy’s son, David, died of a drug overdose in 1984, and another of Robert’s son, Michael, died in a skiing accident in 1997.

It was just last August that Saoirse Roisin Kennedy Hill, also a granddaughter of Robert F. Kennedy, died of a drug overdose at the Kennedy family compound in Massachusetts.