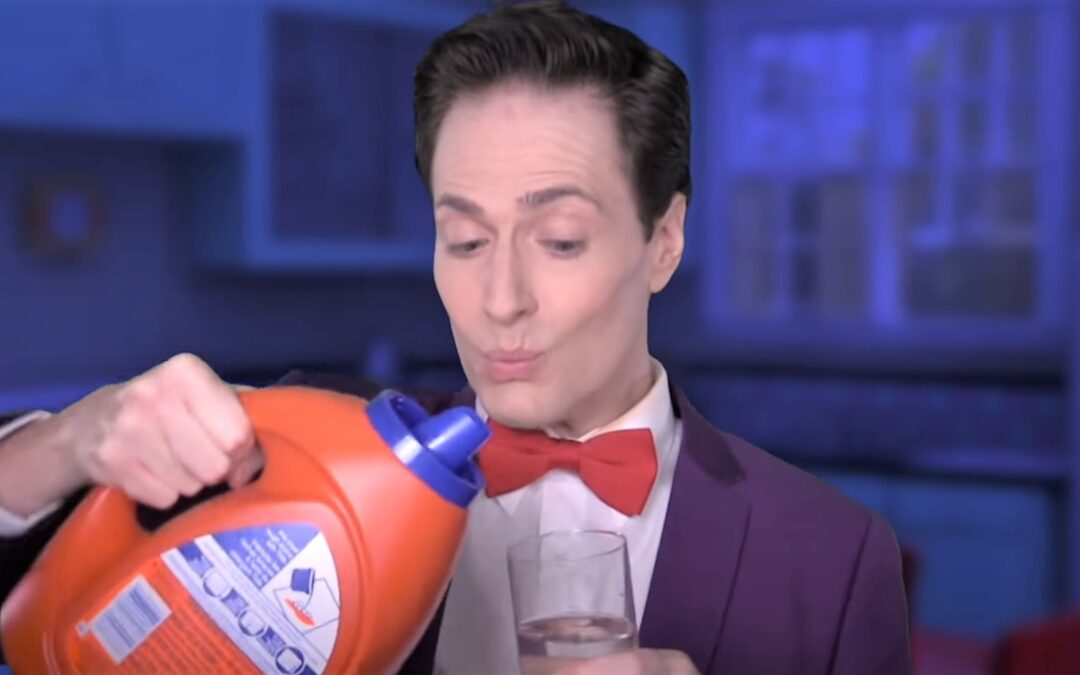 Who would have ever thought a Mary Poppins classic would be the wittiest way to mock Donald Trump’s latest coronavirus advice.

It’s absurd that anyone would have to issue the warning “Do Not Actually Drink Cleaning Fluids,” but since Trump suggested this week that injecting disinfectants into the body could be a viable method of killing COVID-19, Randy Rainbow did just that.

In his latest song, “A Spoonful of Clorox,” Rainbow satirizes Trump’s deadly serious suggestion (although Trump later claimed he was being ‘sarcastic’) to the tune of the Mary Poppins classic.

“I see the disinfectant knocks it out in a minute, one minute. Is there a way we can do something like that by injection?” Trump asked of the medical experts and scientists wilting behind him.

Trump also touted finding a way to flood the body with UV light since the virus is said to break down in direct sunlight.

“Every product ‘neath your sink might be a medicine to drink. No need for tests the president suggests…” Rainbow sings. “A spoon full of Clorox makes your temperature go down. It’s the latest COVID craze.”

“A politician who distracts has very little time for facts. The scientists he’s hired are perplexed,” he continues.

“Some Pledge on your pancakes makes coronavirus pass. If it gives you gas, dry some bleach in your beer and shove a flashlight up your ass,” Rainbow sings.

Then, being forced to state the obvious to counter Trump’s dangerous statements, Rainbow exclaims that drinking cleaning products could lead to death.

“A little Drano in your cup will clear your sinuses right up and quench your thirst unless it kills you first,” he belts.

Watch the video below.