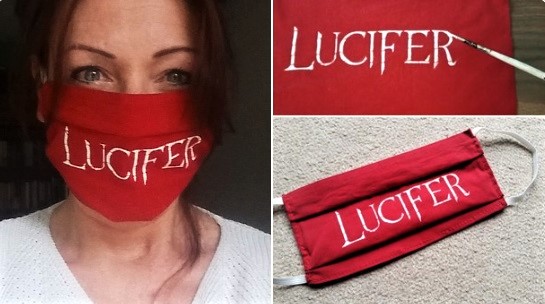 At least one Lucifan is looking extra stylish during the pandemic with her very own Lucifer face mask!

@sayasajo tweeted a picture of herself in the face mask that she made herself.

“This mask took me about 3 hours to make, mostly because I don’t have a sewing machine and prefer to do small stitches,” @sayasajo told JimHeath.TV. “I had to get the Lucifer logo on the fabric which also took a little more time.”

@sayasajo, who has been a fan of the show since it premiered on FOX back in 2016, says she’s sewed seven masks for she and her son over the past few weeks. 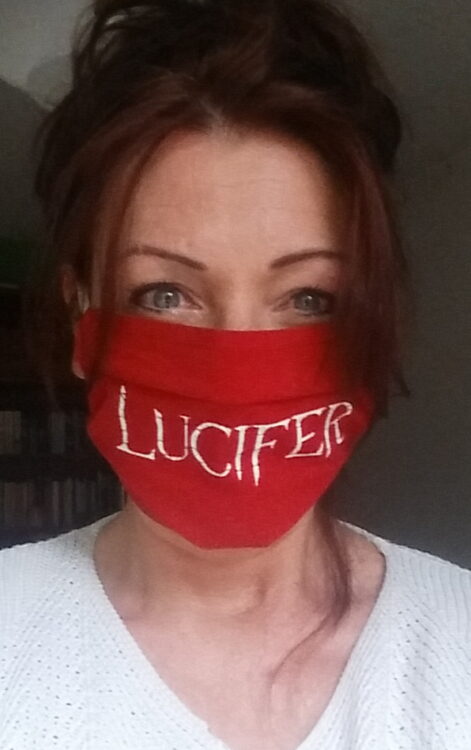 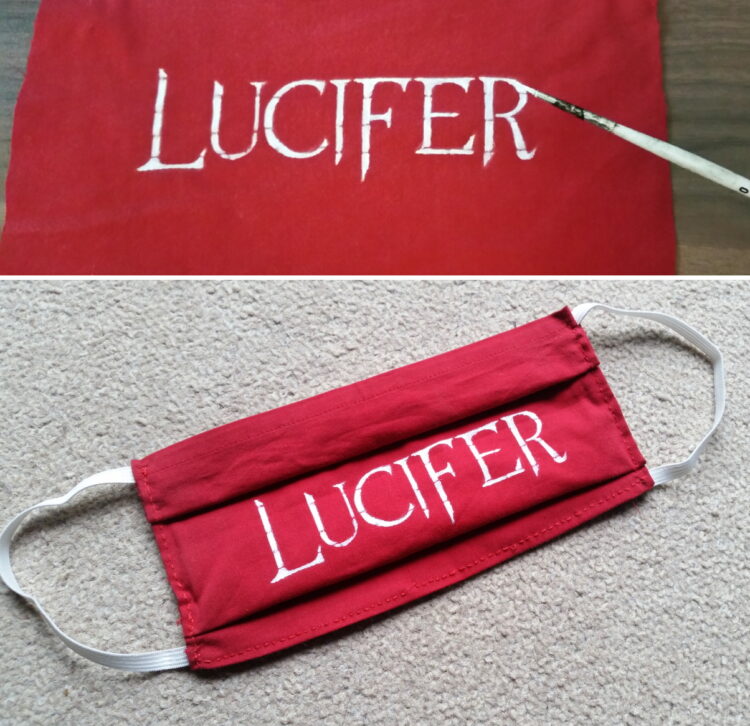 @sayasajo says she taught herself how to sew the masks by watching videos online.

“To get the logo on the fabric, I first cut the needed squares and estimated the size and place of the logo,” she said. “Then I printed the logo in the right size on paper as a reference and pinned it above the part where I would paint. Then I first drew the letters free-handed with a white crayon on the fabric, afterwards I put very carefully acrylic paint with a very fine brush on it.”

She says the experience of working on the masks felt almost therapeutical.

And how has the Lucifer face mask gone over?

“Today I actually used my Lucifer mask for the 1st time outside, I wasn’t really nervous but I definitely wondered if I would get a reaction from anyone,” she told us. “Indeed, the funny young woman in the bakery I often go to did a double take then grinned and said ‘I never took you for a satanist.'”

Not a satanist, but a fan of one of the most popular series on television today.

Lucifer returns for a fifth season Netflix later this spring.