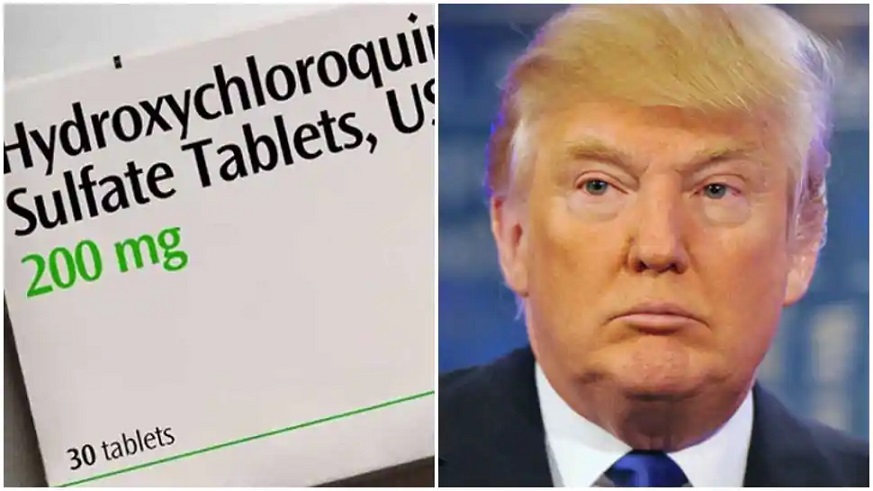 President Trump said today he’s been taking hydroxychloroquine for a few weeks, against the recommendations of White House doctors.

Trump said he consulted with the White House doctor about taking the drug, but it was not recommended for him.

Trump has repeatedly touted hydroxychloroquine, used to treat malaria, lupus and other diseases and the antibiotic azithromycin, often sold under the brand name Zithromax, or as a”Z-pack,’ to be used to treat the coronavirus.

Trump said he is taking both medications but has tested negative for the coronavirus.

‘I have been taking it for about a week and a half,’ he said. ‘Every day. I take a pill every day.’

He said he’s confident in the drugs because he’s heard good things about them.

‘Here’s my evidence. I get a lot of positive calls about it,’ he said.

Trump appears to have been convinced of the drug’s effectiveness by its advocates in his inner circle, including trade adviser Peter Navarro and his personal lawyer Rudy Giuliani.

Hydroxy has potentially serious side effects, including altering the heartbeat in a way that could lead to sudden death, and the FDA has warned against its use for coronavirus infections except in formal studies.

‘So far I seem to be okay,’ Trump noted.

But recent studies, including one out last week, shows patients received no benefits whether they took just hydroxy or paired it with the antibiotic azithromycin.

Early studies suggested that hydroxychloroquine might have antiviral and anti-inflammatory effects that could help people sickened by coronavirus.