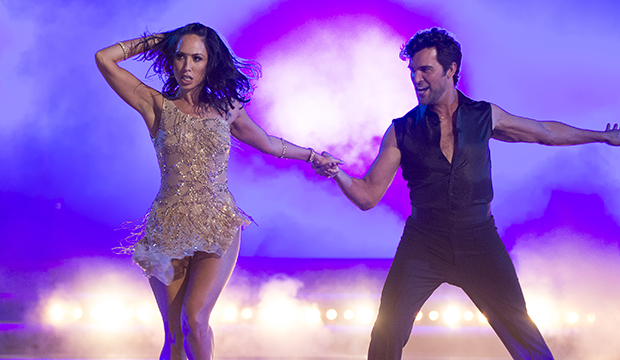 Sometimes a reality TV show has such a remarkably bad moment during a season that you’re just finished with it.

And that’s where my 83 year old mother, and a 27 season-long fan of Dancing with the Stars, found herself today.

She could live with The Bachelor’s “Grocery Store” Joe Amabile making a mockery of the dance show for weeks, thanks to his zealous fans calling in to support him.

But watching Juan Pablo Di Pace’s elimination, at the same moment Amabile was sent packing, was just too much for her to bear.

Juan Pablo and his partner Cheryl Burke were the highest scoring couple throughout the season.

And even more impressive was that their last 4 dances all received perfect scores from the judges. 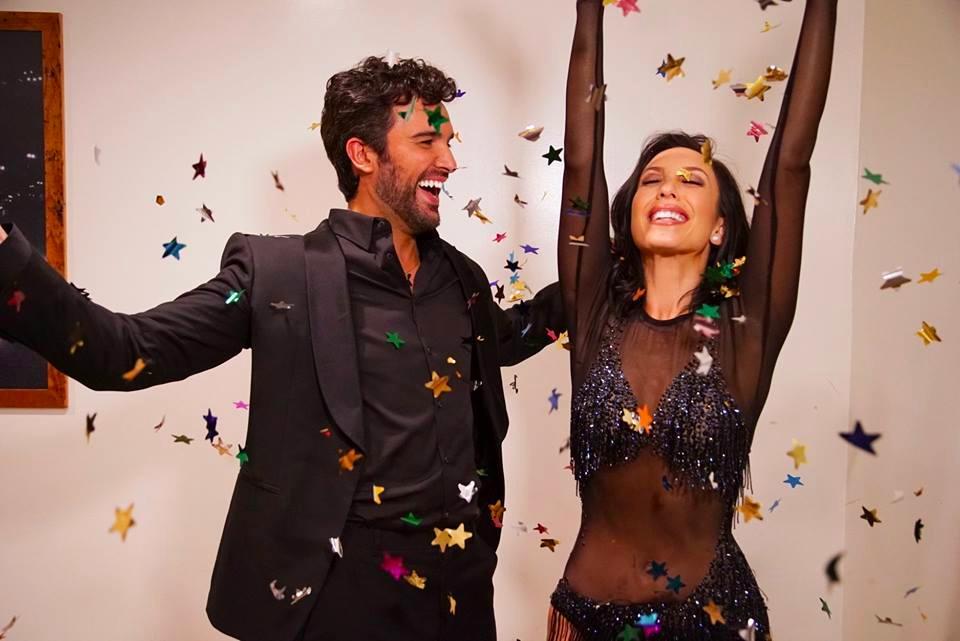 Juan Pablo and his partner Cheryl Burke were the overwhelming favorites on Dancing with the Stars.

In the opinion of the judges, and many fans, Juan Pablo was the best celebrity dancer in the history of the show.

“He just looks like a member of the actual cast,” my mother said many times this season.

“If you’re not in the final, I’m going to go home and pickle me walnuts.”

In case you missed it, here is Juan Pablo’s salsa:

It received a perfect score.

But perfect scores were not enough to overcome the apparent lack of public votes that Juan Pablo Di Pace was receiving.

Len, along with judges Carrie Ann Inaba and Bruno Tonioli, were completely shocked by the elimination.

As was my mother and loyal fan, who says she’ll skip the finale next Monday night.

“It doesn’t matter who actually wins to me now,” she said. “The best dancer is gone and everyone knows it.”

She’s hardly alone in that assessment, as evidenced by the outrage on social media.

You should have gone into the finals and won. This is not a dance contest but a popularity contest now. Been watching DWTS since the beginning and I am DONE!! As far as I am concerned you won. The judges should be the ONLY ones to judge not the damn audience. Shameful!!!

We have been robbed of your sure-to-be incredible dances in the finale. #DWTS This is Completely Outrageous.

I won’t be watching the finale. @juanpablodipace is the clear winner.

Don’t think I’ve ever been so pissed off over something on this show. Have watched it from day 1. This is crap and the voting needs to change. Tonight proved it

The fan votes is how Bobby got through…. HE CANNOT DANCE!! Juan Pablo was WAYYYYYY better yet they send him home….. Happy Joe went home though….

You should have won. Never in 27 seasons of #DWTS has a person with a high score of 24 went to the finals while a perfect score 3 weeks in a row went home. Ridiculous…. I’m done with #DWTS. You & @CherylBurke got railroaded.

Joe was there way too long with the Bachelorette votes! ? again, people are voting for popularity, not worthiness! Horrible what happened last night @DWTSAllAccess !

We all love you so much! This is absolutely completely and totally unfair. No one deserves the mirror ball more than you! We’re all so proud of you. ?

Absolutely ridiculous that you and Cheryl got eliminated. You’re the best dancer this season and should have won the entire thing. So unfair.

You were so amazing and you honestly should have won ? I’m DEVASTATED

I will not watch the finale. Tonight’s result was a disgrace. You’re an amazing dancer…I can no longer watch DWTS. #dwts

With the controversy raging on, Juan Pablo made this statement on Twitter:

#DWTS Thank you so much for the outrage 🙂 all I’ll say is I’ve had the time of my life DANCING and I’m so glad you guys recognized that! At the end of the day I got to do what I love

There is a remedy:

The original version of this show prepared for this type of development.

ABC’s Dancing with the Stars is actually based on the British TV series Strictly Come Dancing (the BBC production logo is shown at the beginning of each broadcast).

They have an entirely different judging system in place for their show.

Strictly initially scores dancers on a combination of judges’ ratings and the fans vote.

The two couples with the lowest number of points from a combination of judges’ scores and the results of the vote will go into a dance-off at the end of the show.

And that dance off, if used last night, would have seen Grocery Store Joe sent (rightfully) packing, and Juan Pablo into the finales.

Producers of the American version of Strictly would be well advised to take a rules change into consideration.

What happened last night may be good for drama and ratings, but it is not healthy for a dance show that will crown the wrong winner this season.

In the meantime, Len is home pickling some walnuts, and my mom is preparing to watch something else Monday night.