ELECTION 2020: Sen. Amy Klobuchar Announces For President In A Snowstorm 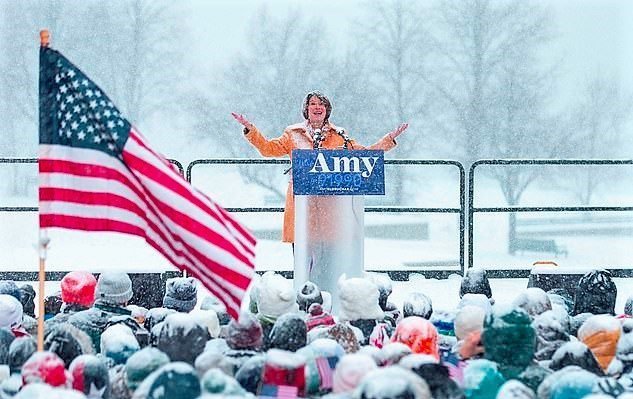 Standing on a snow-covered stage in Boom Island Park in Minneapolis, where the temperatures had dipped to a freezing 14 degrees, Klobuchar announced her candidacy while invoking her family’s deep roots in the Midwest, a key battleground for Democrats as they look to rebuild their blue wall in Michigan, Wisconsin and Pennsylvania.

The three-term senator laid out her vision for the country in a number of policy areas. She pledged to “take on the gun lobby,” root out corporate money in politics, commit to environmentally friendly policies, lower health care costs, restore voting rights and implement privacy protection laws.

She did not mention Trump by name, but alluded to him when she declared the country deserved better than “foreign policy by tweet.”

“Our sense of community is fracturing across our nation, warn down by the petty and vicious nature of our politics,” she said. “We are tired of the shutdowns and the showdowns, of the gridlock and the grandstanding. Today, on this snowy island, we say enough is enough.”

With her announcement, Klobuchar, 58, also became the second presidential candidate to hail from the Midwest.

Snow poured down on participants and whited out the coverage of the event, obscuring the red and blue ‘Amy’ signs that filled the crowd. 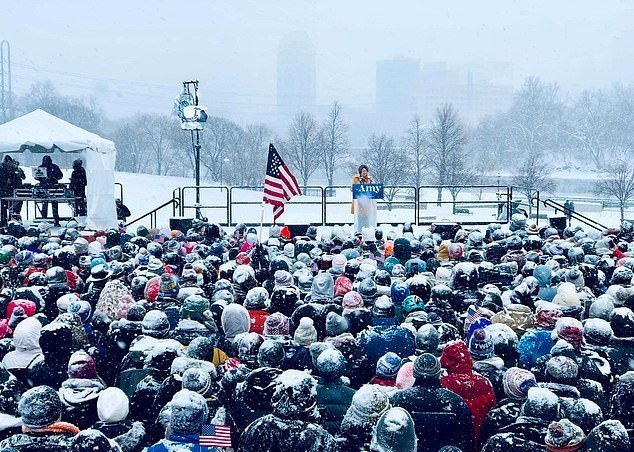 “We don’t let a little snow stop us. We don’t even let a little cold stop us,” said Klobuchar, speaking without a hat or gloves.

Bands played and state officials touted Klobuchar’s record for 45 minutes in the snowy conditions before the senator finally took the stage.

Klobuchar’s campaign will need to overcome some recent negative headlines about her treatment of staffers.

Three potential candidates to lead her presidential campaign declined the job, citing the mistreatment of staff.