Lucifer Producers Make Clear Season 5 Is It – But Petition Drive Is Now Over 75,000 Signatures 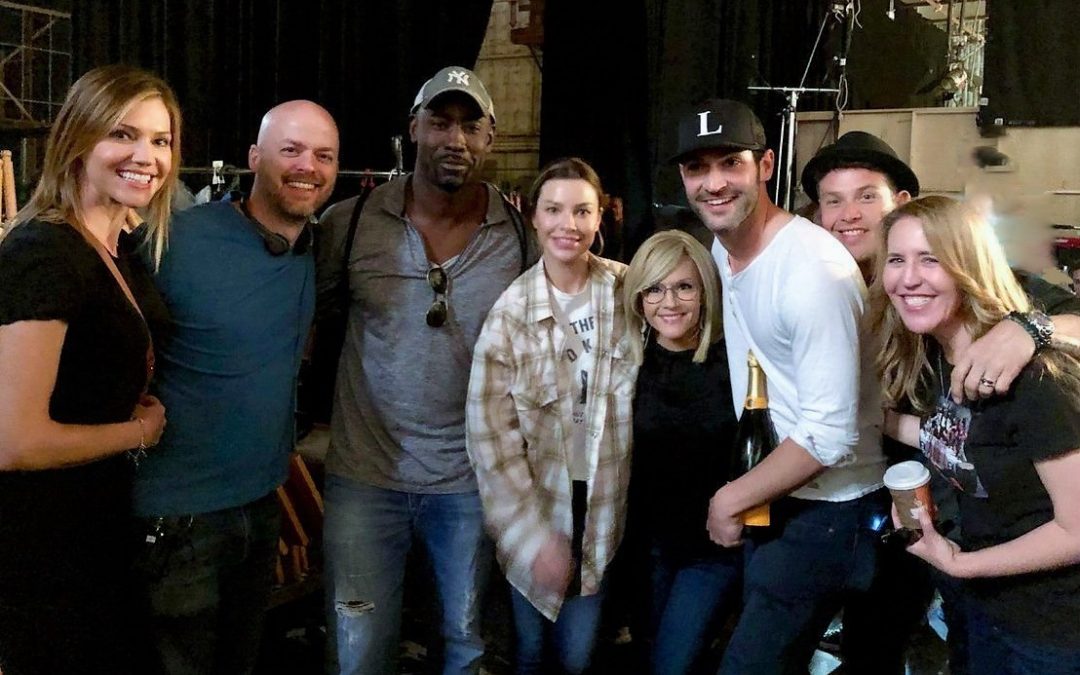 A massive petition drive helped save Lucifer last year after Fox canceled the show, but the executive producers say times have changed and the upcoming season will be the end.

Both co-showrunners Ildy Modrovich and Joe Henderson have encouraged Lucifans to lay off a #SaveLucifer campaign and just focus on enjoying the former Fox show’s upcoming fifth and final season on Netflix.

In a lengthy statement tweeted earlier in the week, Modrovich addressed “confusion over the recent announcement that this is our last season.”

A message of love for o

To all #lucifans please read this. Hopefully it will help clear up all the confusion out there. We Love you and are beyond grateful for your support and love for our show. ?❤️ https://t.co/wNzZ7QksoJ

The online petition has now garnered over 75,000 signatures.

Netflix announced earlier this month — just weeks after the show’s fourth season debuted on the streaming service — that it would end “Lucifer” with a 10-episode fifth and final season to air next year.

The “confusion” Modrovich reference stemmed from the fact that the Netflix revival largely came to fruition due to fan outcry after the show’s cancellation by its former network, Fox, last year.

To all #lucifans please read this. Hopefully it will help clear up all the confusion out there. We Love you and are beyond grateful for your support and love for our show. ?❤️ https://t.co/wNzZ7QksoJ

Ellis is already eyeing life beyond playing the devil, now being heavily promoted as the next 007 James Bond.

Daniel Craig, who has elevated Bond’s moodiness to new heights, is finally retiring from the iconic role.

Ellis has played the devil with charm and anger and wit for four seasons, so the transition to Bond, with all his action-packed moodiness, should be simple.

As for the upcoming Season 5, Henderson has been watching closely the petition effort gain popularity this month.

In response, he weighed in making it very clear that S5 will be it.

Replying to fans, Henderson wrote: “Nothing has changed! We are wrapping up all our stories in season 5, our final season.” 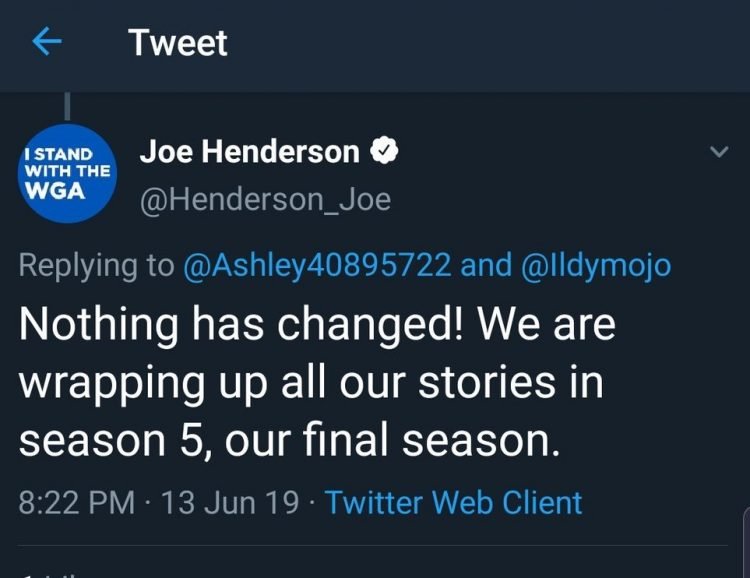 In another tweet, he added, “Honestly, we’re telling our ending with season 5. We love all the support, but right now, I’d say time is better spent getting ready for a fitting ending to our characters’ journeys.”

At 77 episodes through five seasons, Lucifer would be one of the longest-running Netflix original series.

The episode count is between veterans Orange Is the New Black (91) and House Of Cards (73).

Lucifer is one week away from becoming the binged-watched show in history: 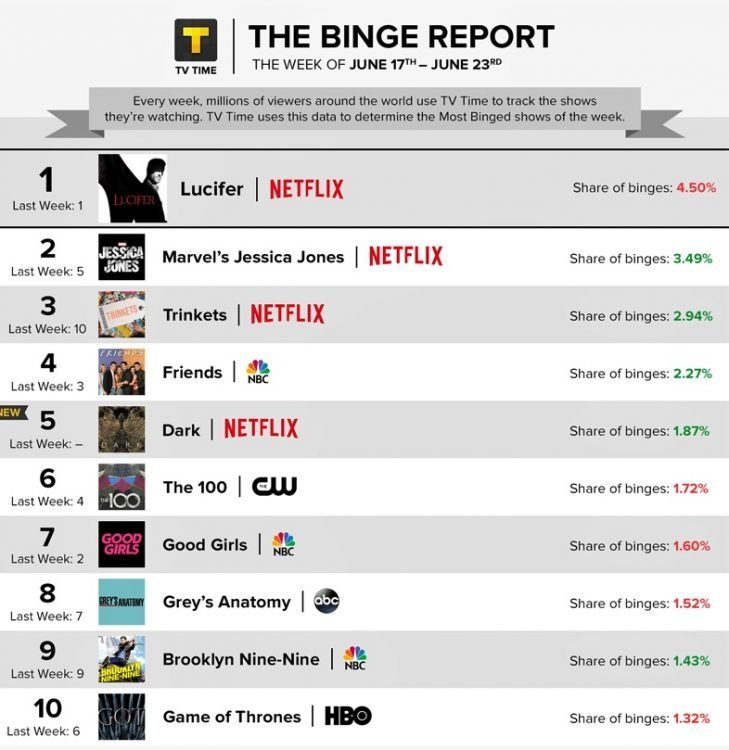