VOTE: The TOP TEN Lucifer Episodes Of All Time – Which Episodes Would You Recommend? 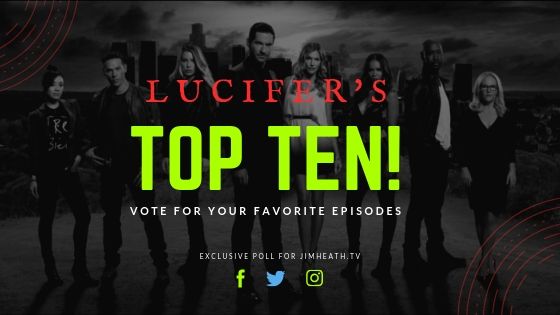 If you were writing a book about Lucifer, and planned to include a section about the “Top Ten” episodes (up to this point) which 10 would you recommend?

That’s the deliciously delightful problem facing Jim Heath as he writes Lucifer Rises, a book coming this fall about how Lucifans saved their favorite TV devil from extinction.

“Other fansites and bloggers have tackled the Top Ten question, but there is little agreement beyond the top four or five episodes,” said Heath. “When the book is finished, I hope we have recommended ten episodes every Lucifan, and new fans, can love.”

Topping Heath’s personal Top Ten list is A Priest Walks Into A Bar, the 9th episode from Season 1.

“I liked Lucifer from the first episode, but it took until the 9th episode before it completely became my favorite show,” said Heath. “The writing in that episode was so strong, and Tom Ellis revealed himself to be more than just a cheeky devil, he’s a really good actor. The whole concept of Lucifer screaming at his perfect father, God, asking “what will it take” to please him after a priest was murdered. Well, I was officially in the fandom at that point.”

Other episodes on Heath’s list include Who’s da New King of Hell from Season 4, A Good Day to Die from Season 2, and Somebody’s Been Reading Dante’s Inferno from Season 1.

[From Lucifer To 007, Why Tom Ellis Will Be The Next James Bond]

According to IMDb, the world’s most popular and authoritative source for movie, TV and celebrity content, here are the official Top 12 Lucifer episodes by fan ratings: 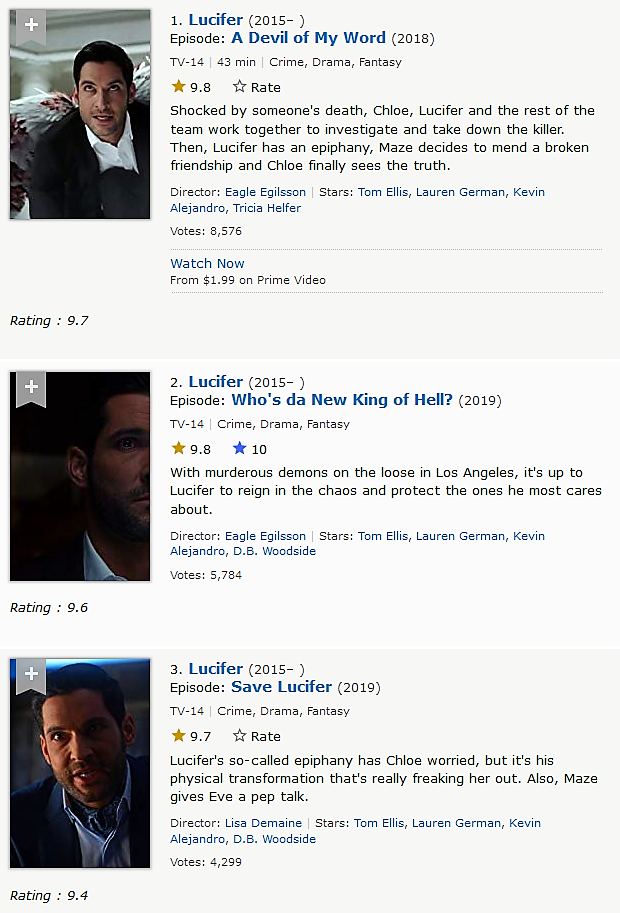 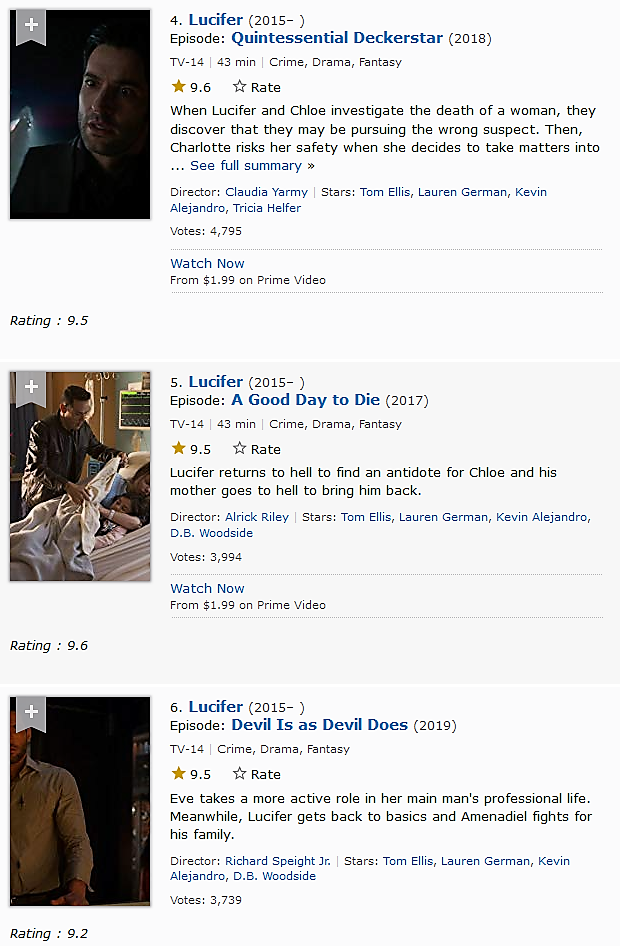 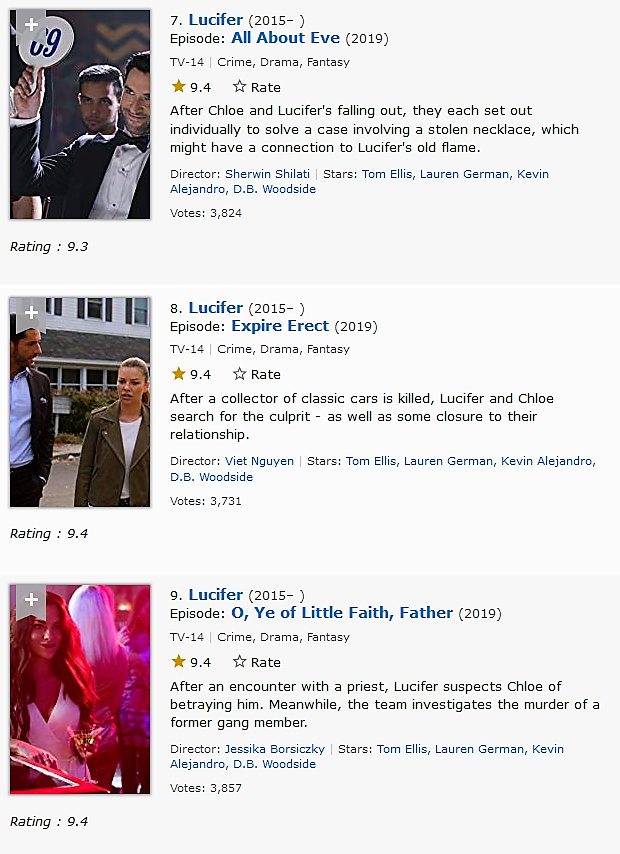 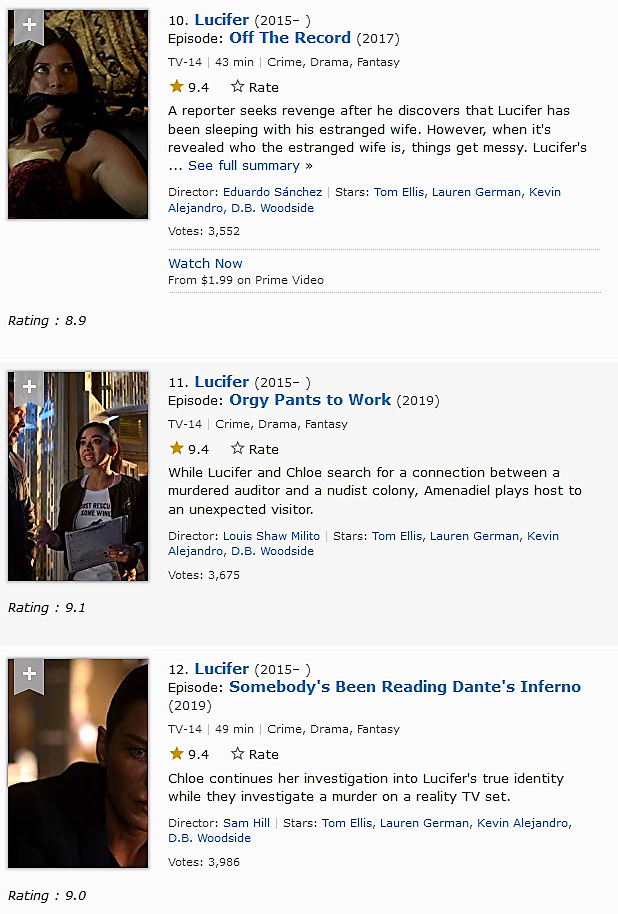 Now’s your chance to weigh in.

Before Jim finishes Lucifer Rises, your input is requested so he can offer the best Top Ten list of Lucifer episodes possible.

Vote for your favorite, and you can change your mind if you return later!

On your mobile phone, you can vote for up to 10 episodes! (Your own Top Ten!)

If you just have a few favorites, then vote for them only.

[Lucifer Makes History: Topples Game of Thrones For Most Binged Series Of All Time]

You can also add an episode if it hasn’t made this list!