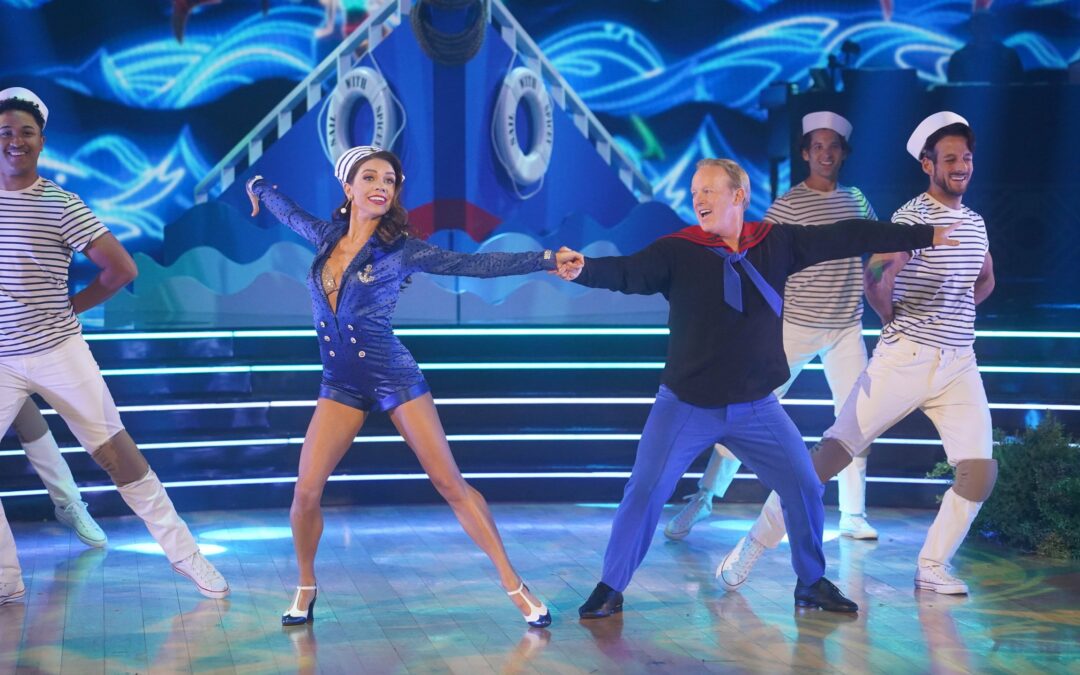 Sean Spicer gave yet another interview to a far-right website yesterday encouraging conservatives and Trump supporters to vote for him, regardless of his dancing.

Spicer, the short-lived spokesman of President Trump, who lied his way through press conferences with deliberate false statements, has managed to cultivate enough Republican/conservative/Trump votes this season to survive seven weeks, despite being a clod on the dance floor.

It’s embarrassing for the show, and is unfortunately coming at a cost.

Ratings are down from last year (when they were down from the season before) and viewership has dropped this season from 8 million to 6.2 million.

This could be it DWTS fans. 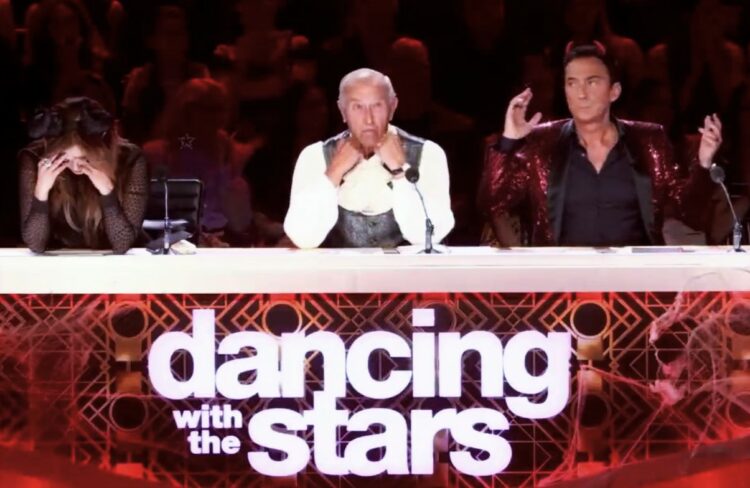 The trouble started this summer when producers decided to cast Spicer, who has been widely ridiculed for his short stint as Trump’s mouthpiece.

Host Tom Bergeron took to social media to complain about the decision.

Bergeron wrote how he hoped the new season “would be a joyful respite from our exhausting political climate and free of inevitably divisive bookings from ANY party affiliations.”

He described how he met with “DWTS” new executive producer (Andrew Llinares) to make his feelings known and he left their lunch “convinced we were in agreement.”

“Subsequently (and rather obviously),” Bergeron wrote, “a decision was made to, as we often say in Hollywood, ‘go in a different direction.’”

Some thoughts about today pic.twitter.com/aCQ4SHrGCI

“We can all agree to disagree, as we do now, but ultimately it’s their call,” he continued. “I’ll leave it to them to answer any further questions about those decisions.”

Bergeron’s gut that Spicer’s involvement was going to get worse turned out to be correct.

In response to the casting, Trump picked up the mantle for Spicer, tweeting that his supporters should vote for him, without even watching him dance.

Vote for good guy @seanspicer tonight on Dancing With The Stars. He has always been there for us!

Spicer tweeted his thanks with instructions on how viewers can cast votes.

Thank you @POTUS @realDonaldTrump Appreciate all the votes on @DancingABC tonight. Only votes between 8-10pm ET count. Everyone has 20 votes. Text SEAN 10 times to 21523 and vote 10 more at https://t.co/in3iBKszaD #teamsweetnspicey #DWTS #dwts28 https://t.co/DbbuRFTkJd

“Every MAGA supporter in the country needs to get out the vote for Spicer because nothing would drive liberal Hollywood or the left-wing media more crazy than Sean salsa dancing his way to a victory on Dancing with the Stars,” Trump Jr. said in an interview.

Right-wing former Gov. Mike Huckabee, who is now a host on a religious channel, told his followers to get involved:

Wanna create an emotional meltdown in Hollyweird? Vote for @seanspicer to win “Dancing with the Stars” tonight and every night he’s on. @seanspicer is a good guy and a brave sport to go on DWTS. Let’s show him some love! https://t.co/UNI7xXVtwh pic.twitter.com/hlb2LeUFar

Spicer has received backing not just from Trump and Republicans, but alt-right publications like Breitbart News.

Spicer told the controversial website yesterday that he hopes his presence on Dancing with the Stars is continuing to send a powerful message to members of the “intolerant left” – that conservatives are “equal participants” and “cannot be canceled out.”

“I really appreciate the support of Breitbart Nation, the listeners here on the Patriot Channel and obviously the readers,” Spicer told the website that flirts with white nationalist views.

The voting system DTWS is using this season has directly benefited Spicer and Republicans, as votes only from the south and eastern states are taken live.

Californians, who live in the largest state in the country and are much more likely to oppose Trump and Spicer, are left out of the voting. 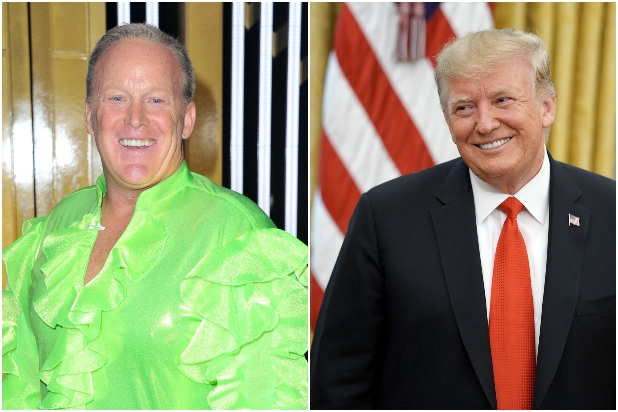 Spicer has said it’s not about dancing, but about politics.

It is a truly rigged show, without Spicer needing any help from the Russians.

Trump has more than 65 million Twitter followers, which DWTS producers banked they could tap into.

Spicer has made his appearance all about politics, launching the “Spicer Arnold 2019” website, dedicated to himself.

“This fall, let’s finally vote for someone who represents people like us,” an announcer intones in an election-style ad, “Paid for by the Spicey Committee.”

While social media has been in an uproar for weeks about Spicer’s longevity on the dance show, it’s clear he has a shot to make it to the end.

And that could mark the very end of the series on ABC.