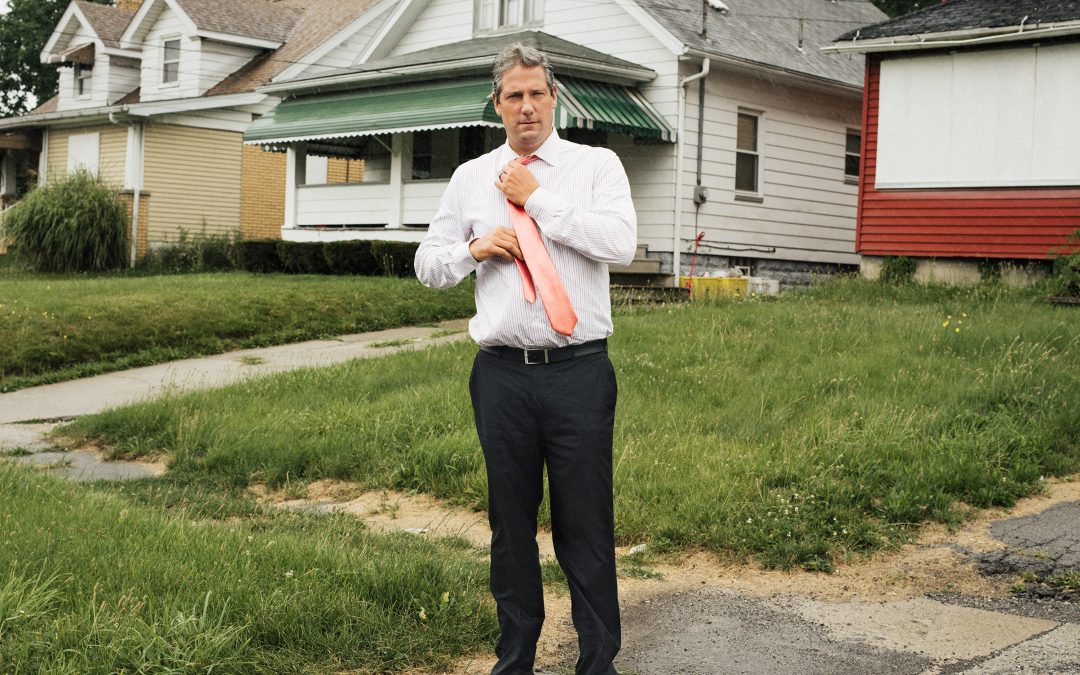 Rep. Tim Ryan of Ohio announced today that he is running for president — the newest name in a still-growing 2020 field of Democratic candidates that boasts more than a baker’s dozen.

Ryan, who made the announcement on the web just before appearing on ABC’s daytime talk show “The View” to discuss his candidacy, will hold an official campaign kickoff rally with local union leaders in Youngstown, Ohio, on Saturday afternoon, his campaign said — a celebration of his longstanding ties with the working-class community and an indication of the kind of labor-friendly campaign he plans to wage.

In a statement that bemoaned the impact of globalization and technology on the working class, Ryan, a political centrist, said he was committed to uniting the country and invigorating the economy “with a renewed respect for the dignity of work.”

“I’m running for president because we have a real shot at uniting again — to restore the dignity of work and the feasibility of the American Dream,” he sad in the statement. “We have a chance to once again unite this country under our core principles and ideals.”

“We can restore the dignity of a secure retirement and respect for those who shower after work,” his statement added. “We can lift our children to reach higher, to seek academic and vocational excellence. We can climb out of our vicious cycle of insidious debt and reach higher, competing together in a global market — not against one another here at home.”

Ryan has made several trips to the early voting states of New Hampshire and Iowa already, but he will launch his official campaign trail tour in Iowa on Sunday.

WATCH RYAN ON THE VIEW BELOW:

While his economic message from the heartland might resonate in Iowa and New Hampshire, Ryan is also playing catch-up with some of the bigger-name candidates in the field, both in terms of money and name recognition.

Still, Ryan might be a known entity to some followers of Democratic politics.

He rocketed to national attention after serving multiple terms in Congress when he challenged House Minority Leader Nancy Pelosi, D-Calif., for the top Democratic leadership spot after the 2016 election.

While he was unsuccessful, he has become a cable news fixture since, pressing a progressive, worker-friendly message on the airwaves.

When General Motors announced last year that it planned to close a plant in Lordstown, Ohio, as part of a broader restructuring — resulting in the loss of hundreds of jobs in Ryan’s home district — it placed President Trump’s promises to working-class Ohioans in the crosshairs.

Ryan, along with other prominent Democrats like Sen. Sherrod Brown of Ohio, blasted the automaker’s “devastating” decision and excoriated Trump as “asleep at the switch” in a community he promised would rebound economically under his presidency.

Trump notably won Ohio in 2016 by eight points and also did well in the Youngstown-area of the state, but Ryan was re-elected handily that year.

{FUN FACT: Ryan, who is a mindfulness devotee and yoga practitioner, hopes to win the “yoga vote,” which it estimates at 20 million people.}

In 2012, he was arrested in for public intoxication, according to Virginia court records and a Ryan spokesman.

Ryan, who says he was attending a wedding, refused a breathalyzer test, was released on his own recognizance, and later pleaded not guilty to the charges.

The misdemeanor case was dismissed by a court in Rockbridge County, Va.