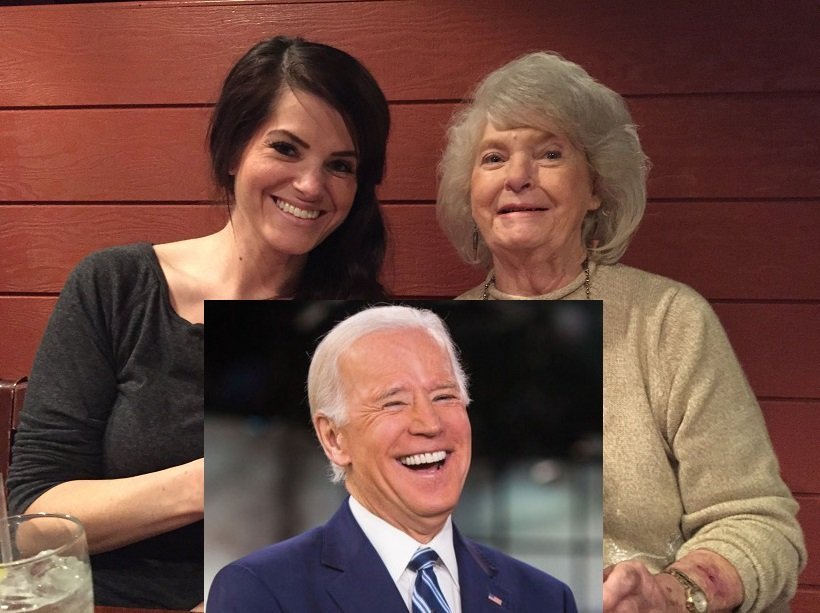 Joe Biden has been hugging, kissing, and wrapping his arms around women all around the country for decades. It’s been called “enduring” by longtime supporters, and just plain “creepy” by younger women. Now he admits it’s time to stop.

In video remarks today, Biden said he always considered public service about connecting with people, but agreed he needed to be more “mindful and respectful” going forward.

Now that Biden’s past physical interactions are under the microscope, there are signs that the behavior is being viewed through vastly different lenses, in many cases based on generational differences: What’s creepy to one person is welcome, or at least not bothersome, to another.

“I think Joe Biden is harmless, but that doesn’t mean what he does isn’t a problem and doesn’t contribute to the larger problem we have in this country,” said Mallory Heath, my 30-something year old proud millennial niece. “I have been touched by a lot of men without consenting to it. Sometimes it’s bothered me a lot. Sometimes I shake it off. But the times I can shake it off doesn’t mean it’s appropriate.”

Mallory’s views reflect the latest sign of a new playing field to which the 76-year-old Biden must adapt, even as factions within the party have expressed a hunger for fresh faces.

She wonders aloud whether Democrats really want to run someone Trump’s age against the sitting president who has his own issues with women.

“There’s a bit of ‘not getting it’ when it comes to the gender story here,” said Debbie Walsh, director of the Center for American Women and Politics. “To me, there’s been a patronizing quality to this, an alpha male asserting himself physically, that I think is problematic for him.”

Neither Lucy Flores, the former Nevada politician who described an uncomfortable kiss on the back of her head, nor the three other women who have come forward with their own stories have accused the former vice president of sexual harassment.

Rather, they’ve described behavior that made them feel uncomfortable because it invaded their personal space, regardless of Biden’s intentions.

Massachusetts Democratic Party vice chairwoman Deb Kozikowski described a deep disconnect between generations, to the point where she said she feels the need to have a broader discussion about today’s rules of conduct.

In her view, and the view of my 80-something year old mother, some of the complaints today are of behavior long considered acceptable.

“What’s wrong with conveying interest in someone and wanting to share a public connection with them,” said Doris Heath, part of the silent generation born in the 1930’s. “Joe Biden is a likeable man who is doing it in a nice way, like many men of our generation. People have a tendency now to see something bad in everything.”

Beyond politics, Gloria Steinem also had understanding words for Biden, saying today that “I think women are more than smart enough to know that a) Joe Biden is who he is and hugs everybody, b) this was minor compared to most sexual harassment.” But the feminist leader immediately added: “We all need to get to a place where bodies are private property and not to be touched without permission.”

In the video today, Biden referred to a tragedy earlier in his life, when his wife Neilia and daughter Naomi were killed in a car crash in December 1972, shortly after he was first elected to the Senate.

Sons Beau and Hunter survived although Beau died in May 2015 of brain cancer.

“Over the years knowing I’ve been through, the things that I’ve faced, I found that scores, if not hundreds of people have come up to me and reached out for solace and comfort. Something, anything that may help them get through the tragedy they’re going through. So it’s just who I am,” Biden explained.

He concluded by addressing his history as an advocate for women.

“I worked my life empower women. I worked my whole life to prevent abuse. So the idea that I can’t adjust to the fact the personal space is important – more important than it’s ever been, is just not true. I will. I will,” he said.

Mallory says you can respect Biden’s efforts in public life, while contending his generation, including Trump, should no longer be in the Oval Office.

“Is it sexual harassment? I’m not sure, because I don’t think it’s Biden’s intent has been to harass a woman,” said Mallory. “Biden is from an era where that kind of thing was blatantly accepted and women had to put up with it. I know he’s worked to protect women’s rights, but it’s a generation we can’t have in office as president.”

The discussion of inappropriate touching comes just as Biden is preparing to announce whether he’ll enter the 2020 field against a historically diverse roster of Democrats.

Biden indicated today he intends to go forward with a bid for the 2020 Democratic presidential nomination.

“In the coming months I’ll be talking with you about a whole bunch of issues and I’ll be direct with you,” he said.

And that’s just fine with many women, like my mom who says she’d consider a vote for Joe in a heartbeat.

“He’s a hugger, that’s his personality, perhaps now he should first ask everyone if they mind being hugged,” said Doris. “That’s his style, he’s very friendly and warm. It’s just sad that we’ve lost the ability to differentiate between a basic human connection and making everything sexual.”

Social norms are changing. I understand that, and I’ve heard what these women are saying. Politics to me has always been about making connections, but I will be more mindful about respecting personal space in the future. That’s my responsibility and I will meet it. pic.twitter.com/Ya2mf5ODts

Biden is expected to announce his White House bid later this month.