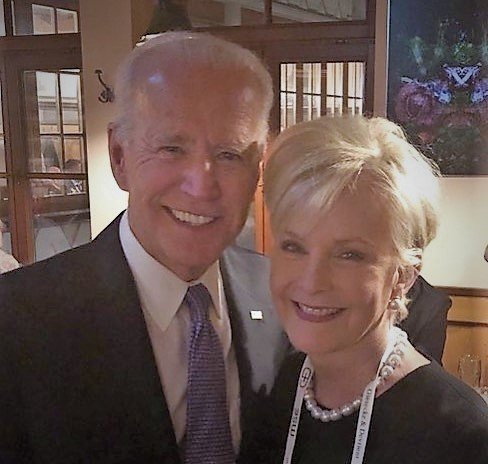 With Joe Biden’s long awaited presidential launch planned for tomorrow, Cindy McCain has denied reports today that she and her daughter Meghan intend to endorse him in 2020.

A report in the Washington Examiner this morning said the late Sen. John McCain’s (R-Ariz.) widow Cindy and his daughter Meghan planned to endorse Biden, citing a former McCain campaign official with close ties to the family.

“They talk regularly and have been supportive of his run,” a source reportedly told the Examiner. “The question is going to be timing and coordinating with the Biden campaign … I wouldn’t expect a formal family endorsement because some of McCain’s family is still in the military, but I do expect Cindy to speak out at some point.”

Joe Biden is a wonderful man and dear friend of the McCain Family. However, I have no intention of getting involved in presidential politics.

Both Meghan and Cindy McCain have frequently sparred verbally with President Trump.

Last November, Cindy McCain declined to commit to voting for the president in 2020, telling the BBC she couldn’t be sure Trump would even run for re-election.

Meghan, a co-host of “The View,” has been more forceful in her criticism of Trump, particularly during a recent back-and-forth in which Trump repeatedly attacked her father months after his death, saying he was “never a fan” of the late senator and lamenting that McCain’s family had not thanked him for approving McCain’s funeral.

[Trump Complains He Didn’t Get “Thank You” For McCain Funeral]

Meghan McCain hit back that Trump was “jealous” of her father, which she said the late Arizona senator would find “hilarious.”

Trump’s remarks also prompted a rare public rebuke from McCain’s youngest daughter Bridget, who said Trump was “a child in the most important role the world knows.”